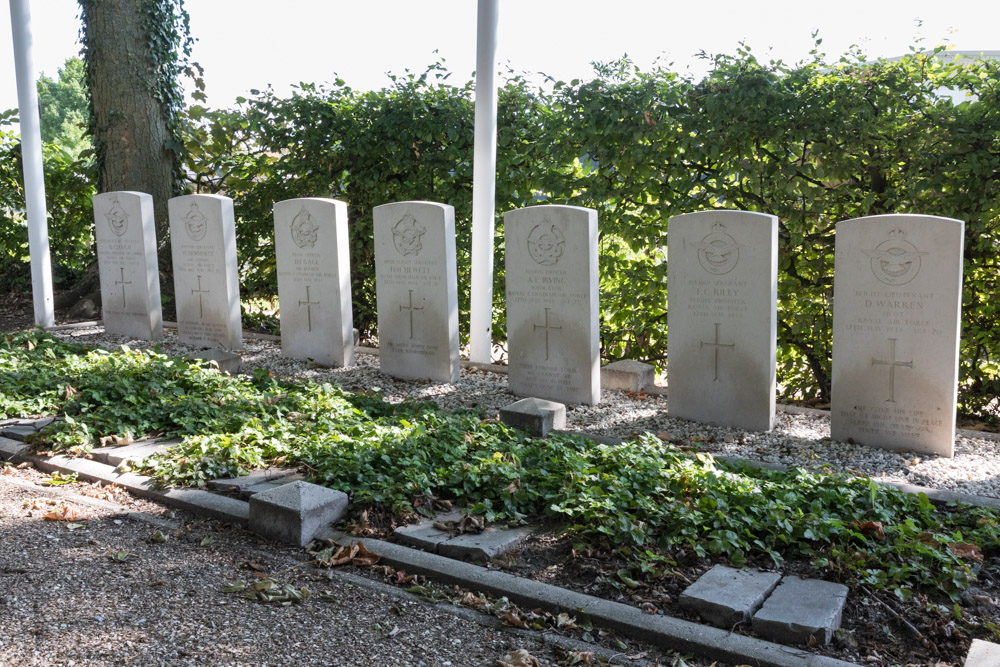 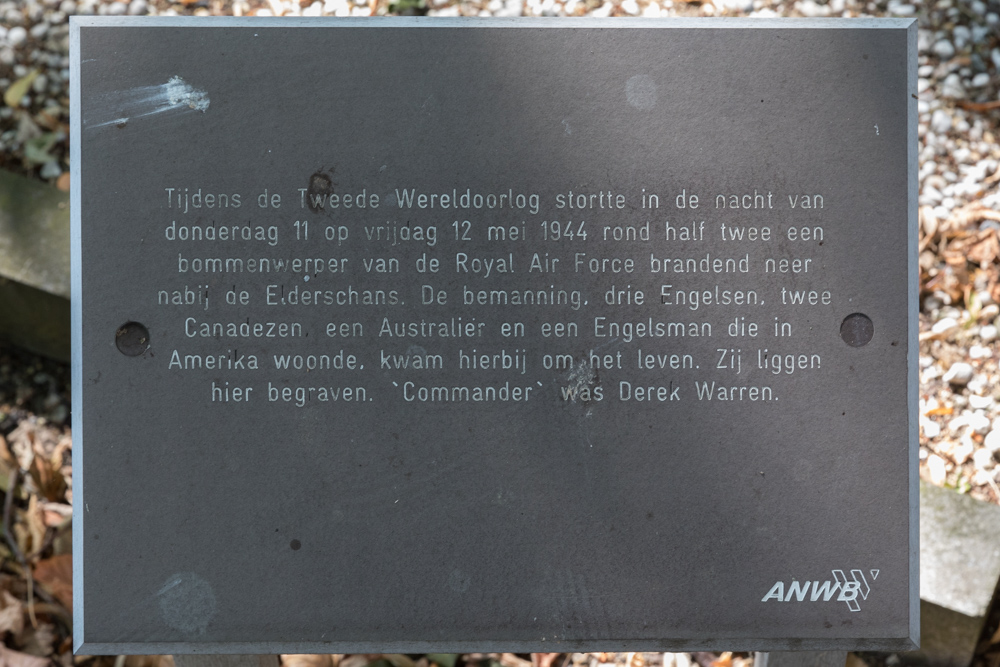 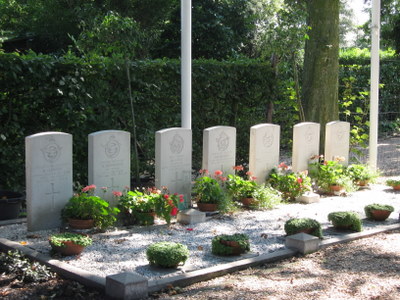 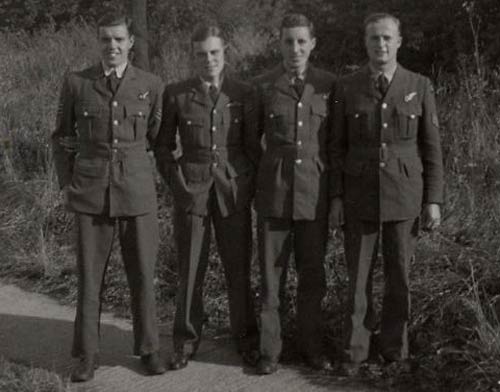 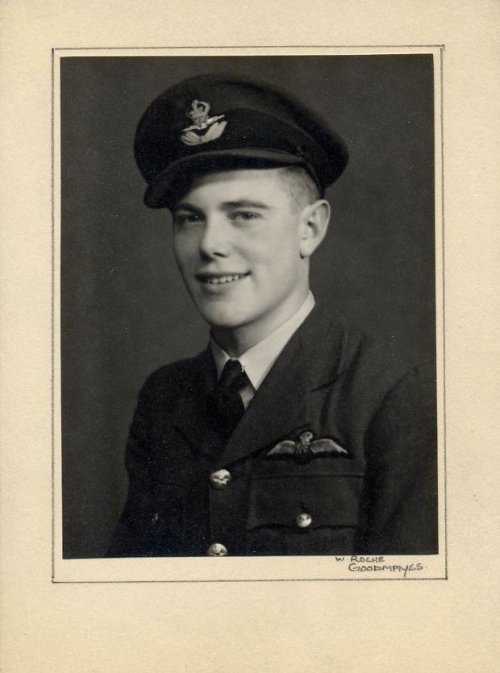 Aardenburg General Cemetery contains the graves of seven Commonwealth airmen who were shot down on 12/05/1944.

On May 12th 1944 a raid over Leuven was flown by the British 'Bomber Command' to bomb the crossroads around Leuven. During this mission with 126 Lancasters and 6 Mosquito's, four Lancasters got lost. Of these four Lancasters, the first one was shot down in Holland on the way to Leuven, all these crewmembers are buried on this cemetery in Aardenburg. It's the crew of Lancaster III ND919. The next two of these Lancasters crashed in Wilsele, probably due a mid-air collision between the two Lancasters. There were no survivors, these crewmembers are buried on the churchyard of Wilsele. The Fourth Lancaster crashed in Leuven, the crewmembers of this Lancaster are buried the communal cemetery of Leuven.

During the Second World War collapsed the night of Thursday 11 at Friday, May 12, 1944 around half past one a bomber of the Royal Air Force came burning down near the Elderschans. The crew, three Englishmen, two
Canadians, an Australian and an Englishman who lived in America, were killed. They are buried here. `Commander' was Derek Warren.

Text of the seven stones from left to right read:

The Lord is my Shepherd

At evening dear Harold
A Longing for you
steals into our hearts.
Mother & Family

His duty nobly done
Ever remembered

"Thy purpose Lord,
we cannot see
but all is well
thats done by thee"

He gave his life
That we might live in peace.
Sleep on, dear son,
until we meet