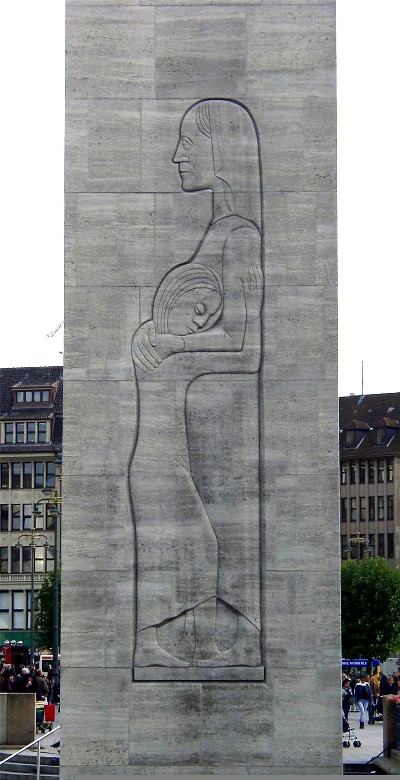 This memorial commemorates the residents of the city who were killed in World War I and World War II. It was erected after World War I. After the destruction in the Second World War, it was reconstructed and became the memorial for both wars.

The other side had an inion: "Vierzig tausend sohne der standt liessen ihr liben fur euch 1914-1918" meaning "Fourty thousand sons of the city gave their lives for you 1914-1918".