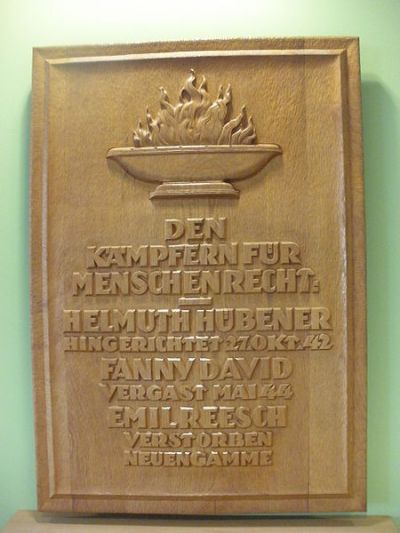 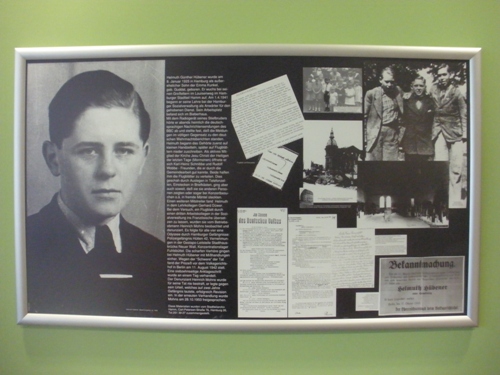 This memorial commemorates the employees of the Hamberg Social Service who were murdered by the National-Socialists.

Helmuth Hübener: Resistance-fighter who, at the age of 17, is executed at Plötzensee.
Fanny David: Gassed.
Emil Reesch: Died in Neuengamme concentration camp.

An information sign is located at the entrance of the Hamburg Social Service, where Helmuth Hübener was an intern.

Helmuth Hubener was born on 8 January 1925. In 1941, he independently began to listen to the BBC and spread pamphlets. When he wanted pamphlets translated into French to spread these around prisoners of war, he was arrested. On 27 October 1942, he was executed in Plötzensee. He was the youngest German resistance-fighter sentenced to death by the People's Court and executed.