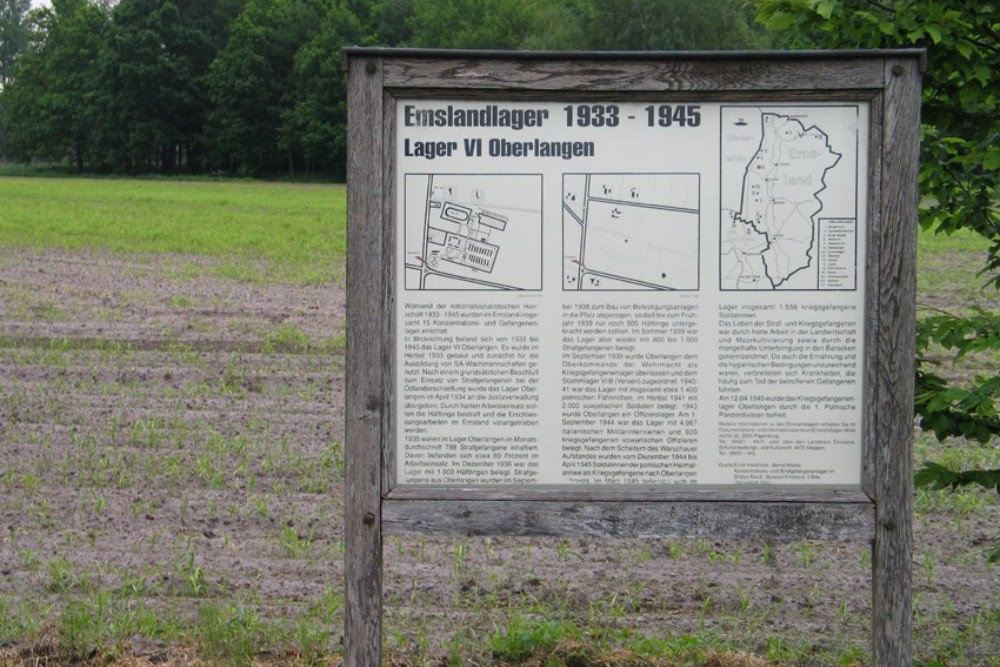 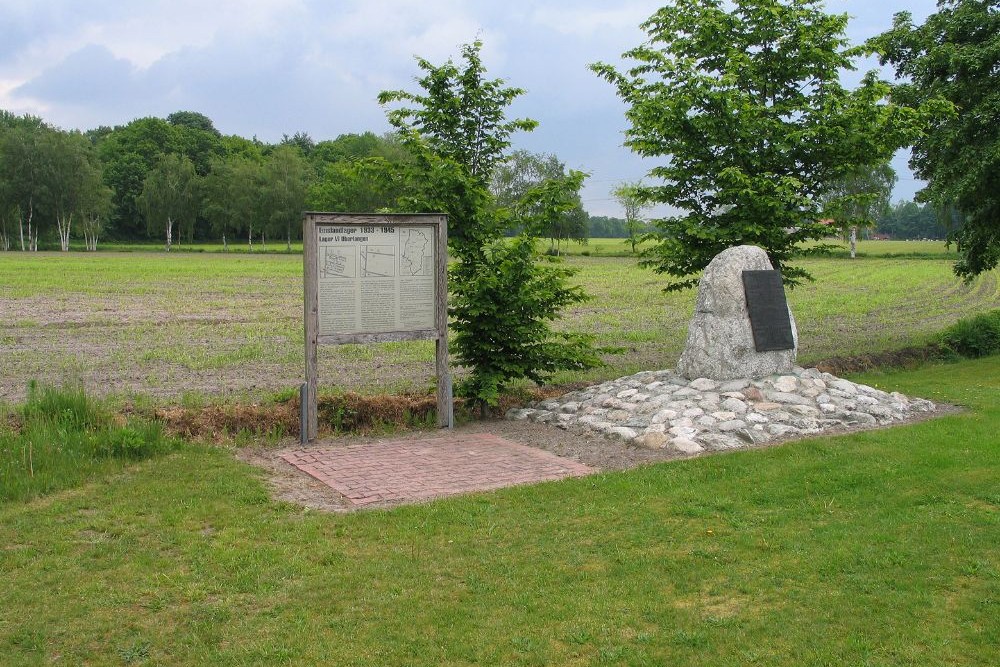 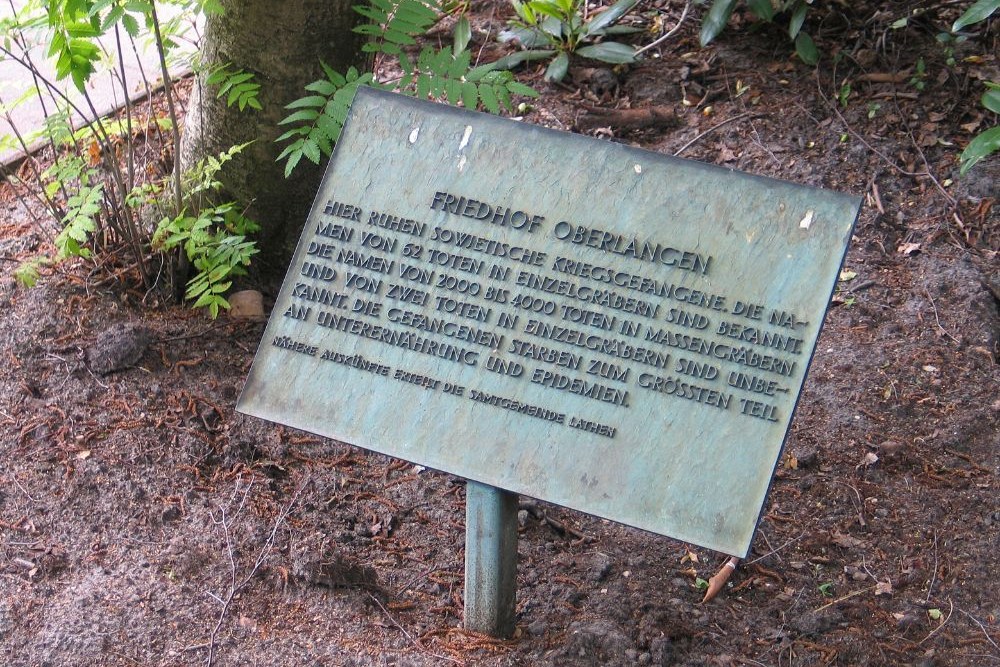 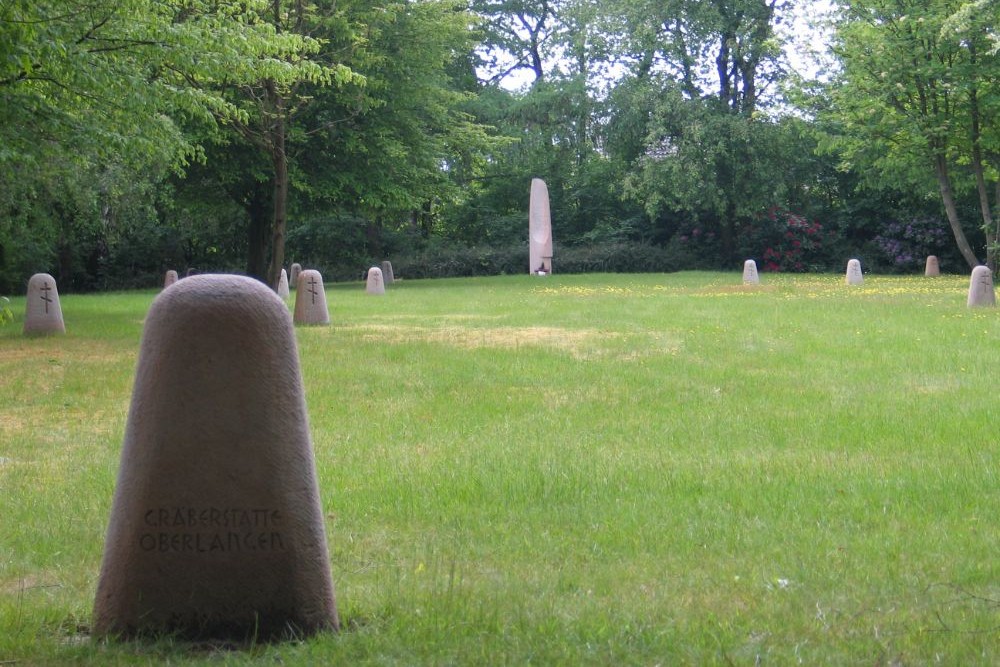 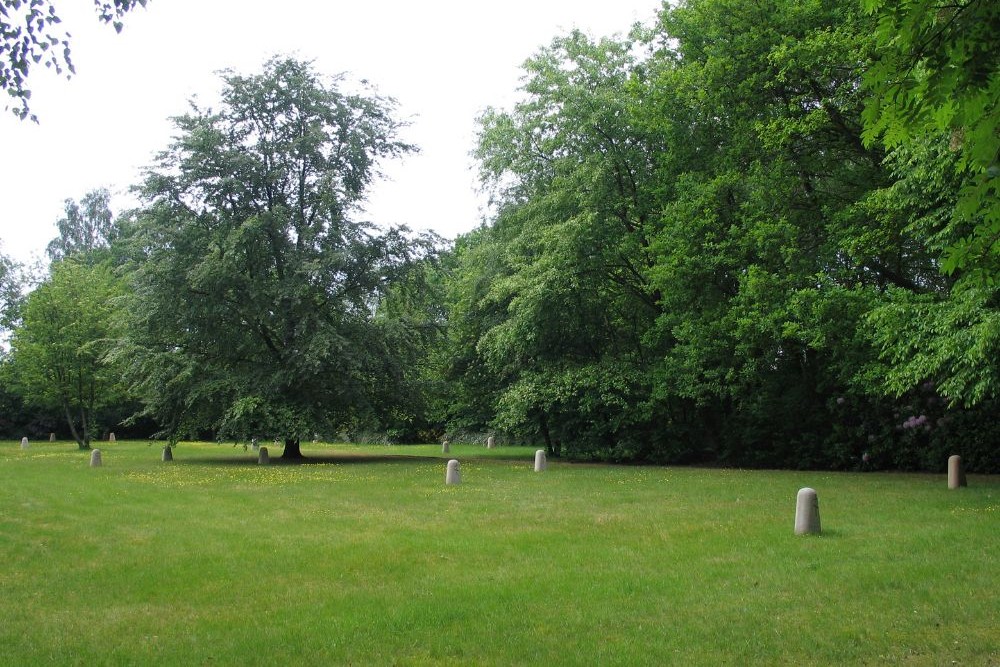 There is nothing left of camp Emslandlager VI (Oberlangen), except the cemetery (Kriegsgräberstätte) which contains 62 individual graves of Russians and between 2000 and 4000 casualties in mass graves.