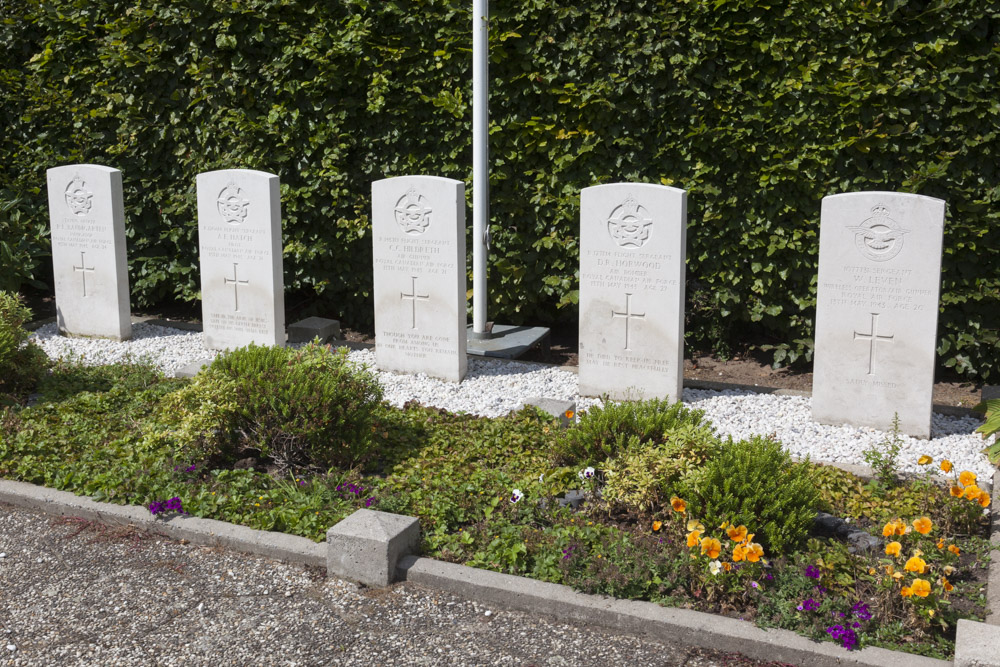 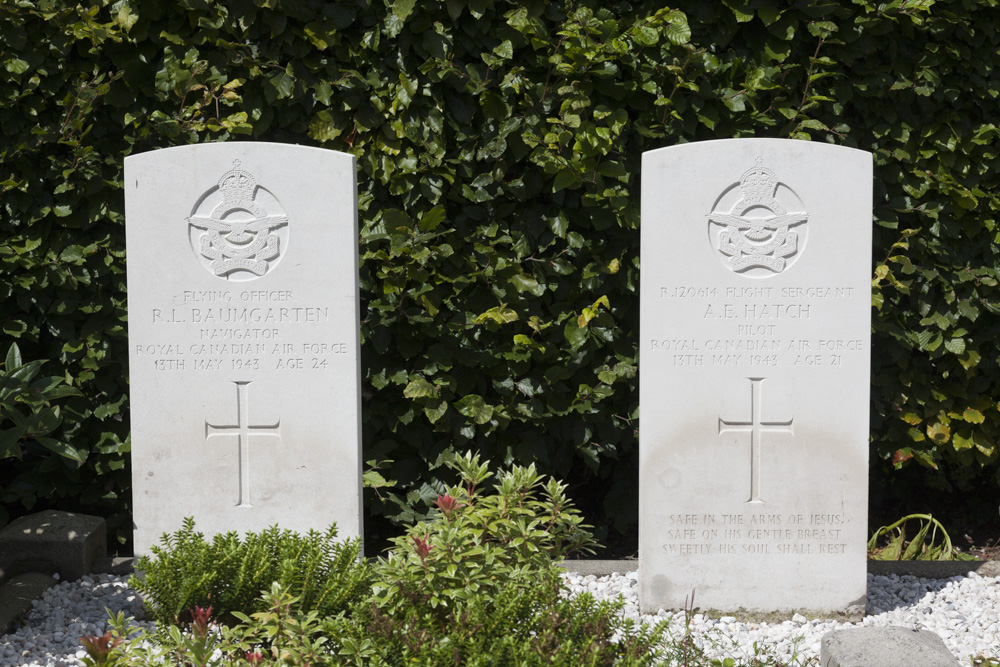 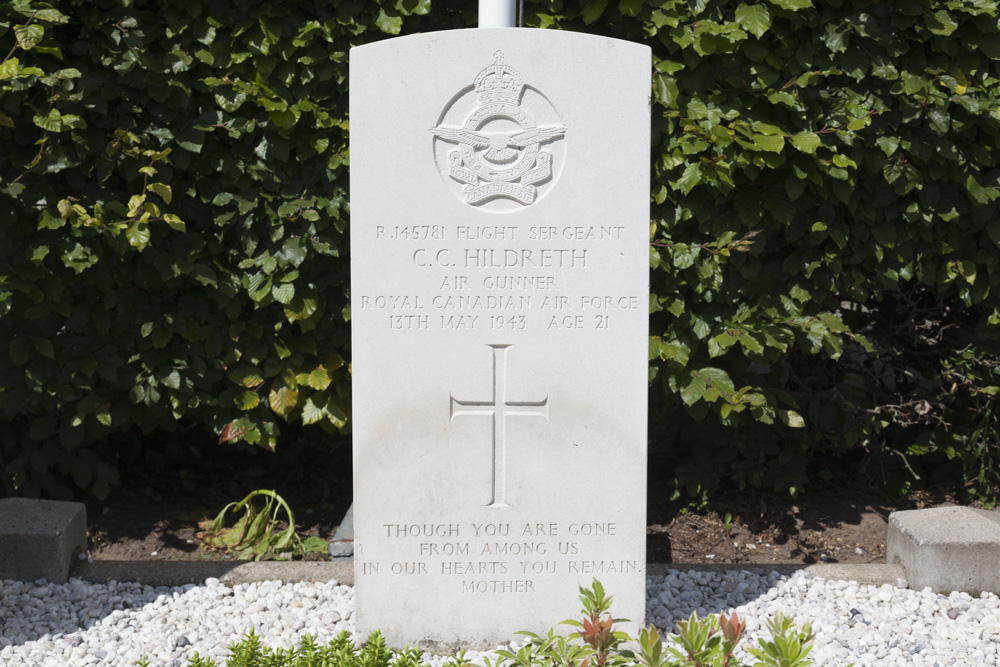 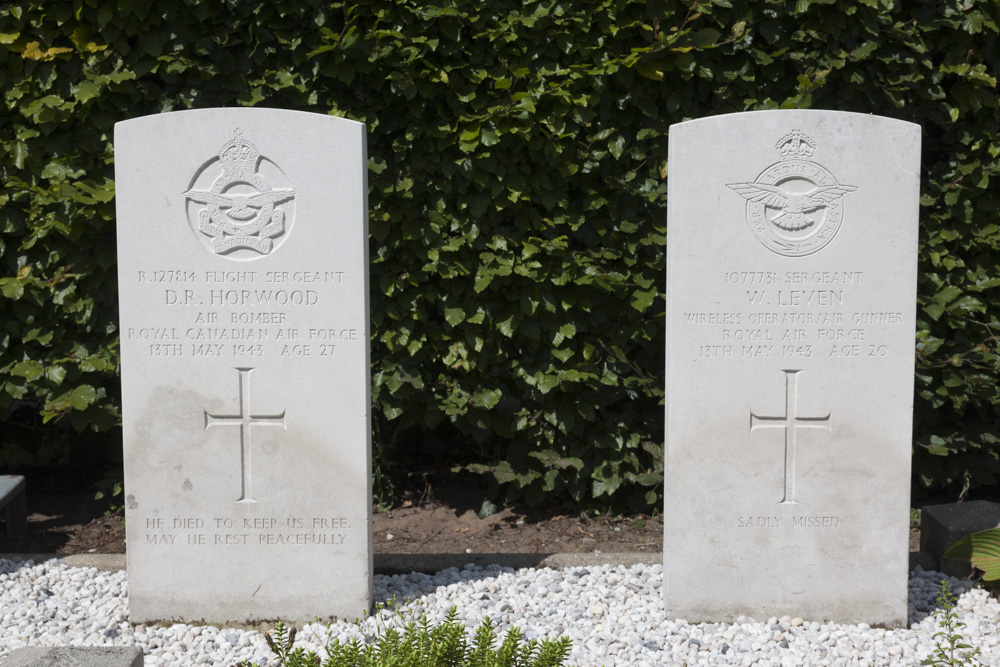 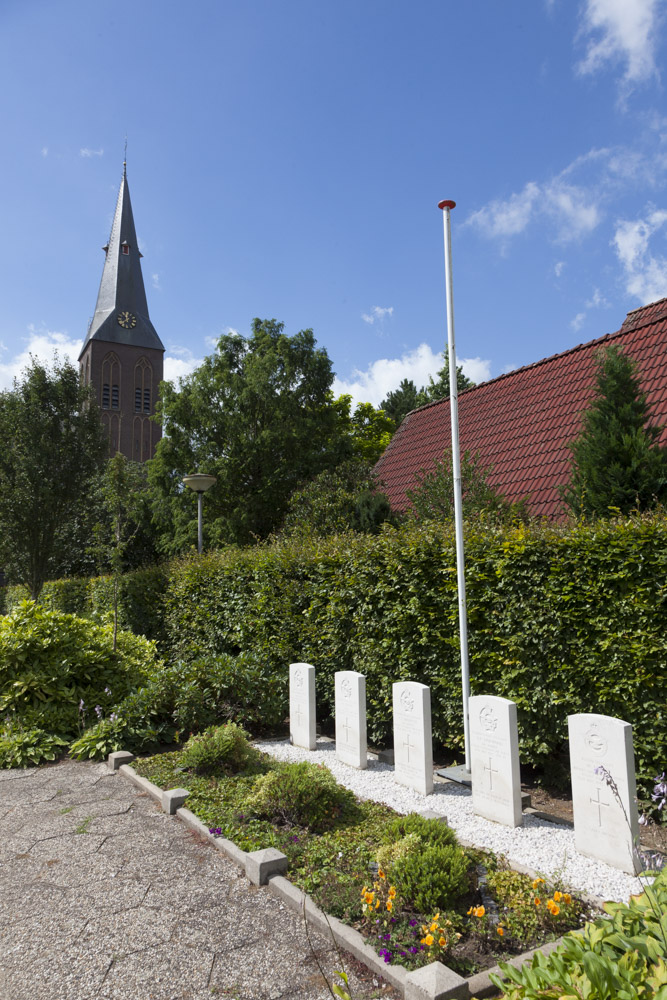 Deurningen Roman Catholic Cemetery contains the graves of one British and four Canadian airmen of the Second World War who were killed on 13/05/1943.
These are the graves of:

They were crew members of Vickers Wellington HE-321 NA-Z. The aircraft crashed in Hengelo.