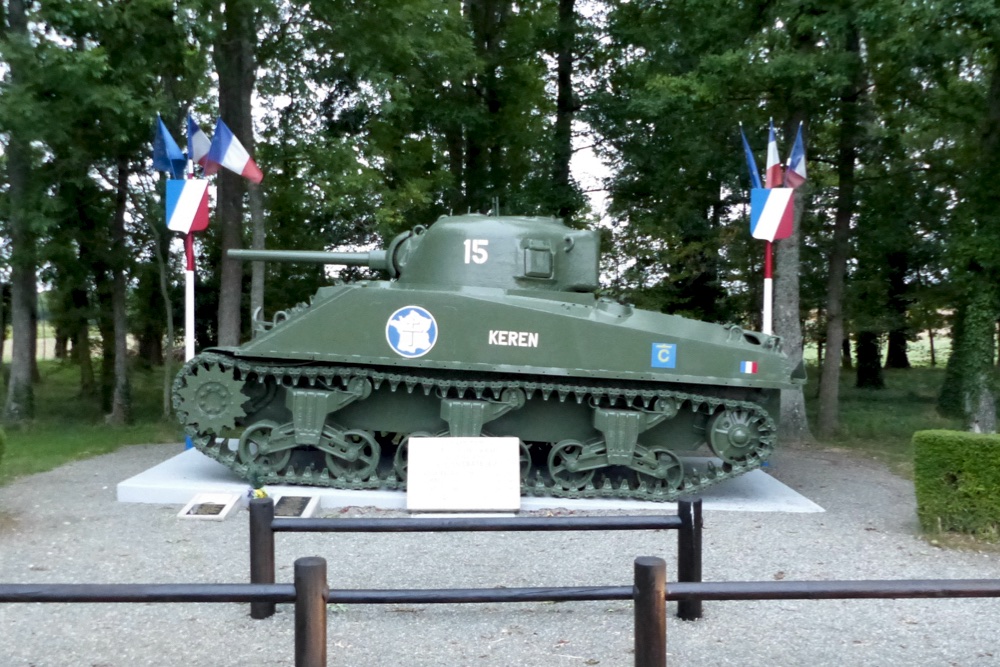 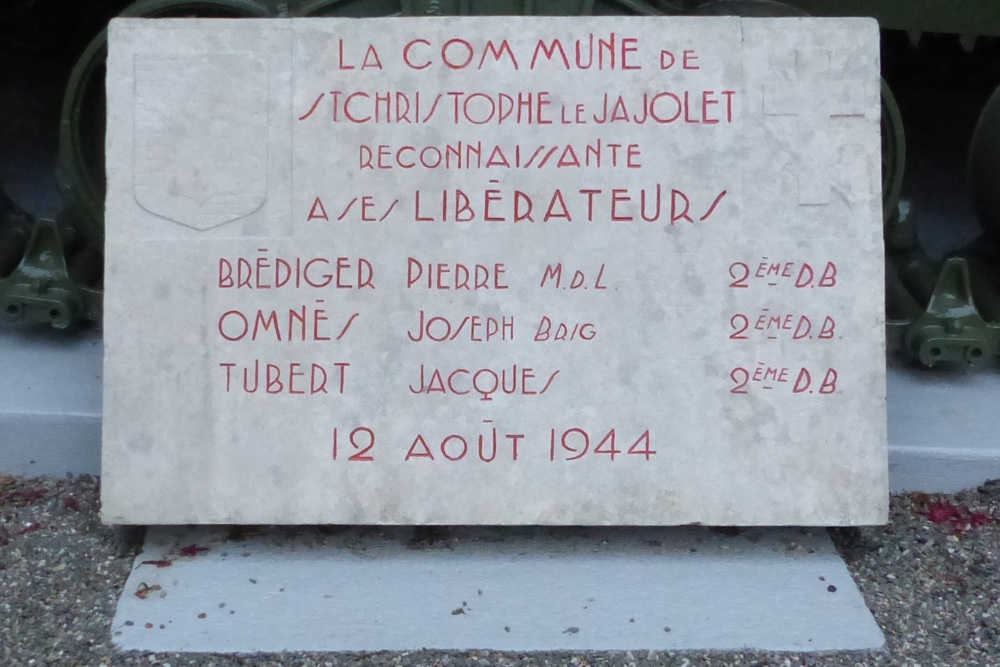 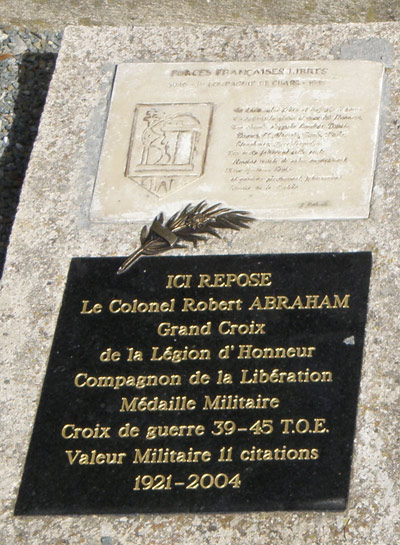 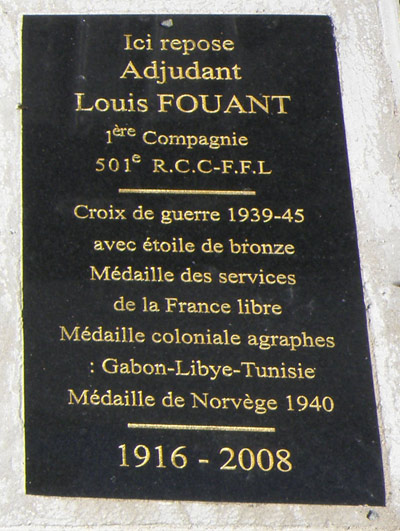 This Sherman tank belonged to the French regiment 501e régiment de chars de combat (501st fighting tanks regiment) under the command of General Leclerc. At this point the tank was shot by the Germans. Three crew members died during the shelling, they are commemorated on a plaque for the tank. There are also two plaques bearing the names of Colonel Robert Abraham and Adjudant Louis Fouant, they deceased in 2004 and 2008. The tank is called "Keren".