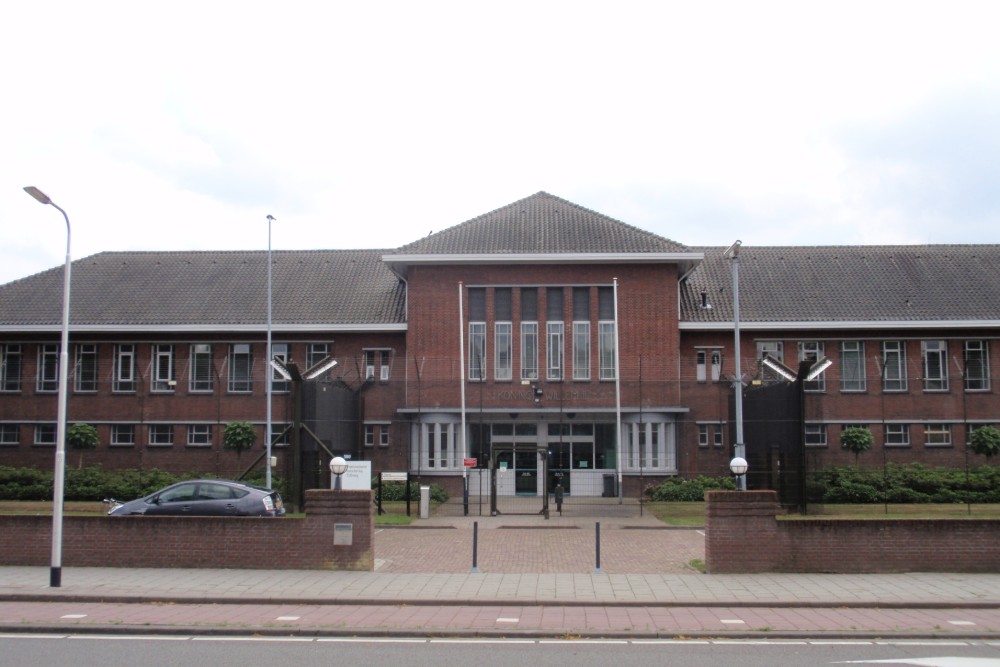 The Koning Willem II army barracks whose first stone was laid on June 1, 1938 was opened on April 14, 1939. The increasing threat of war and the deteriorating international situation, this was sober celebrated.
When the Germans had occupied Tilburg, the barracks were also occupied by them. After the capitulation of the Netherlands, the Germans housed one of the three battalions of the "Ordnungspolizei" or in English "Green Police" into the barracks. Their job was to execute members of the resistance.

The barracks are now used as a Judicial Penitentiary complex.