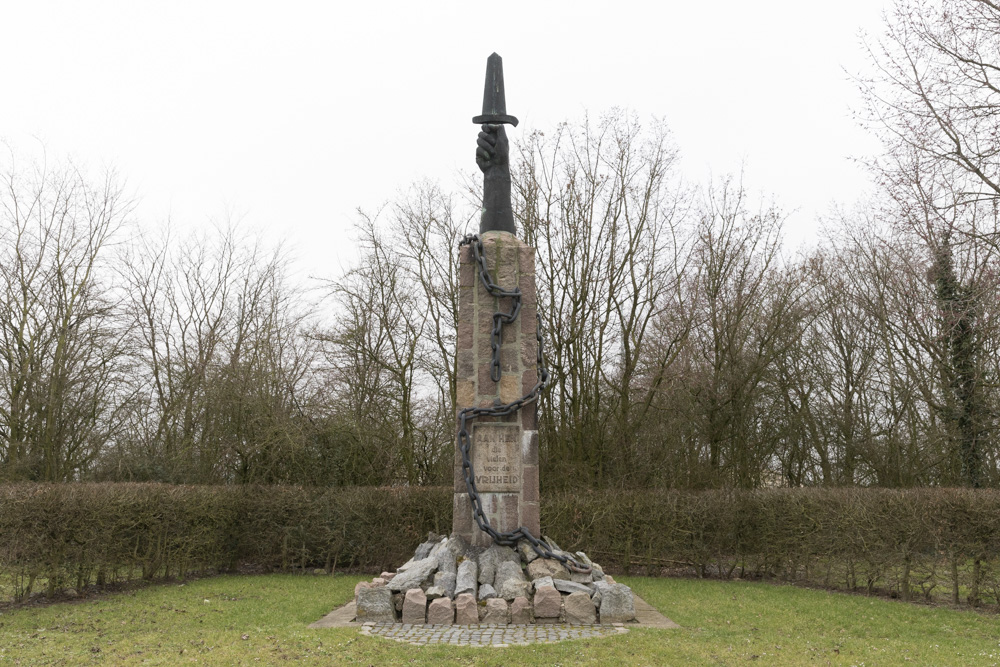 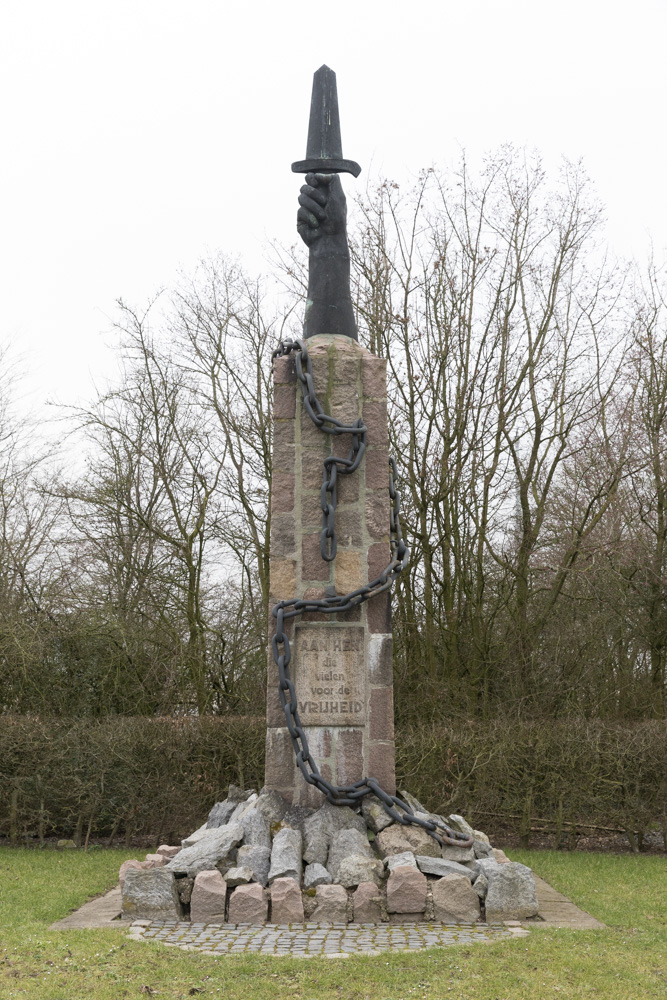 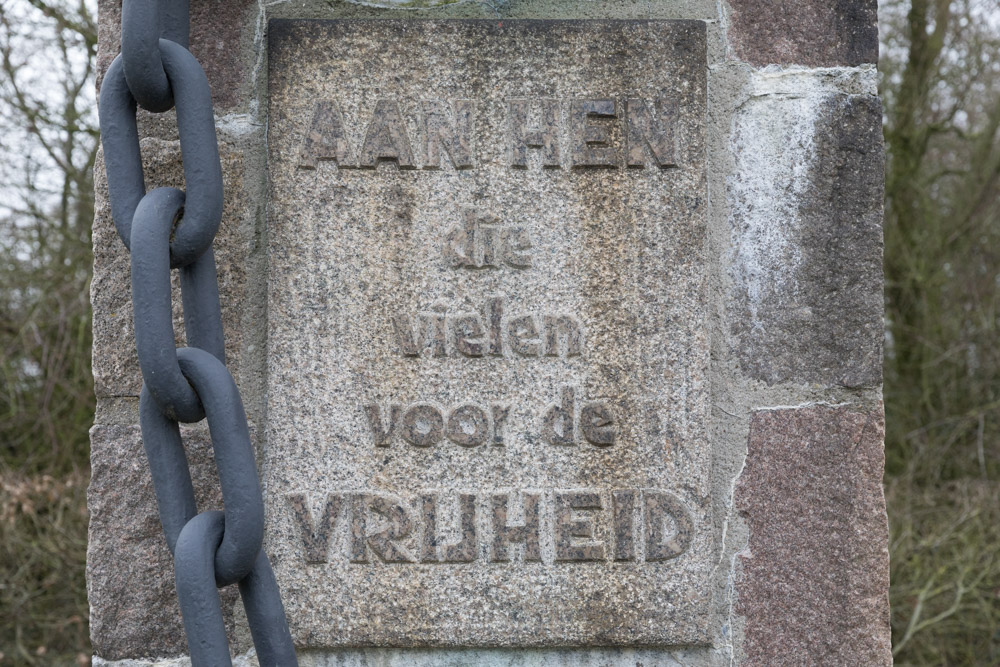 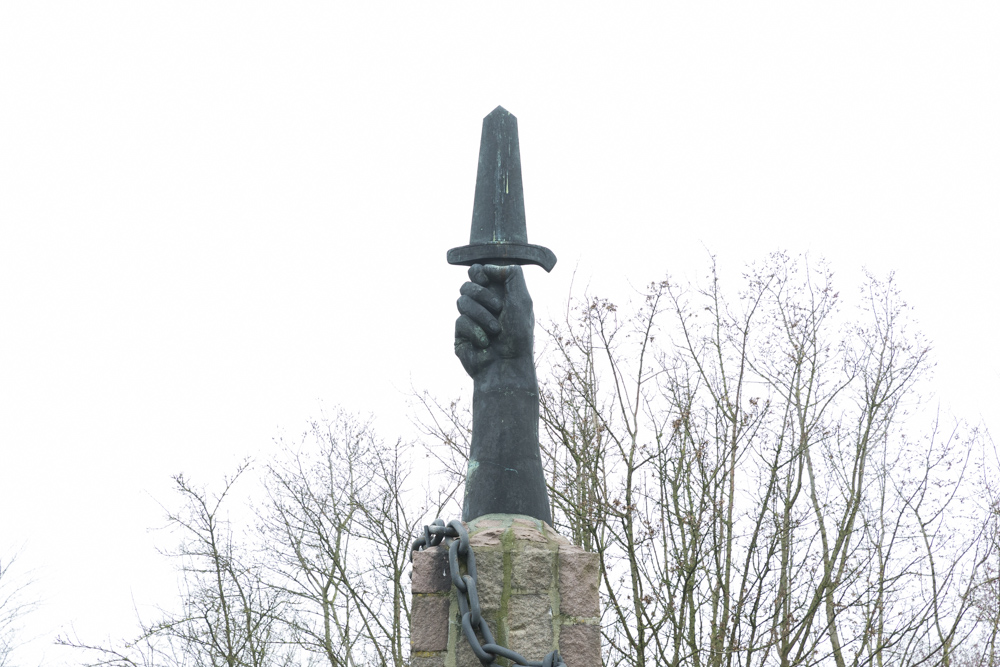 The monument consists of pieces of granite in the form of a pillar with on top a bronze statue of a fist with sword.
A broken chain surrounds the monument.

The inscription on the plaque placed in the pedestal reads:
To those who fell
for freedom

The stones at the foot of the monument are remains from the destruction of the Westsluis.

At the express wish of Queen Wilhelmina this monument is established after her visit on March 14, 1945 to the place where five members of Rijkswaterstaat were shot.
Namely: Mr. Hoolsema, Mr. Groenewegen, De Bert, Verbrugge and Nieuwenhuize.

On Mad Tuesday (September 5, 1944) they had tried to remove the explosives from the Westsluis. In this attempt five men were arrested by the occupying forces and shot.

On Sept. 8 they were buried under great interest in a collective grave at the General Cemetery.
After the liberation a grave memorial is placed where the deeds of the five men are symbolized by a male figure, which holds a shield.

The monument was unveiled in 1950.
More information can be found in the publication: Vijf woelige jaren of JL Platt Age.