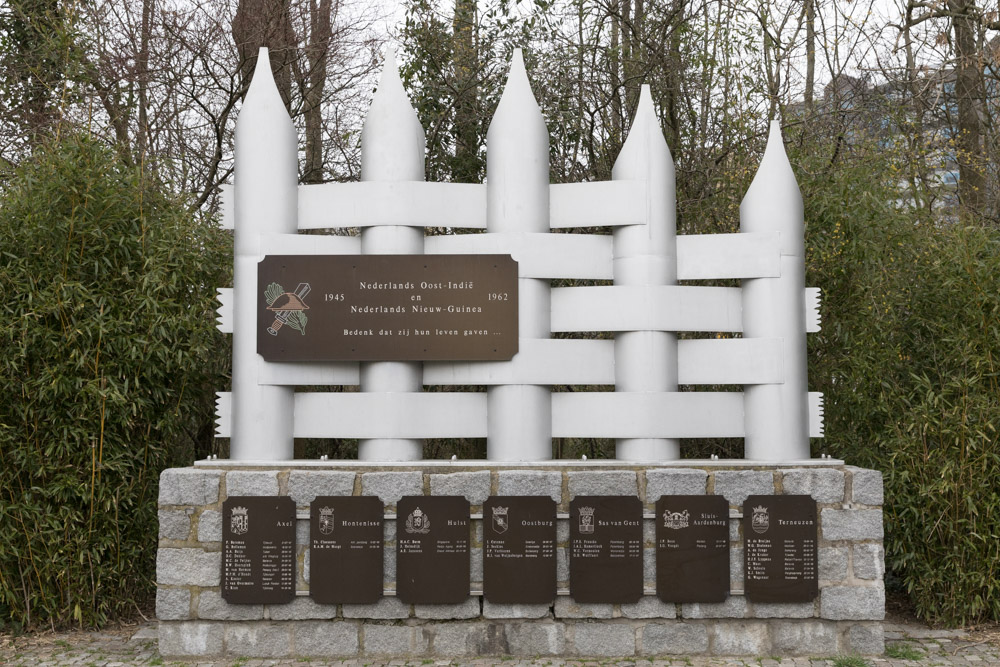 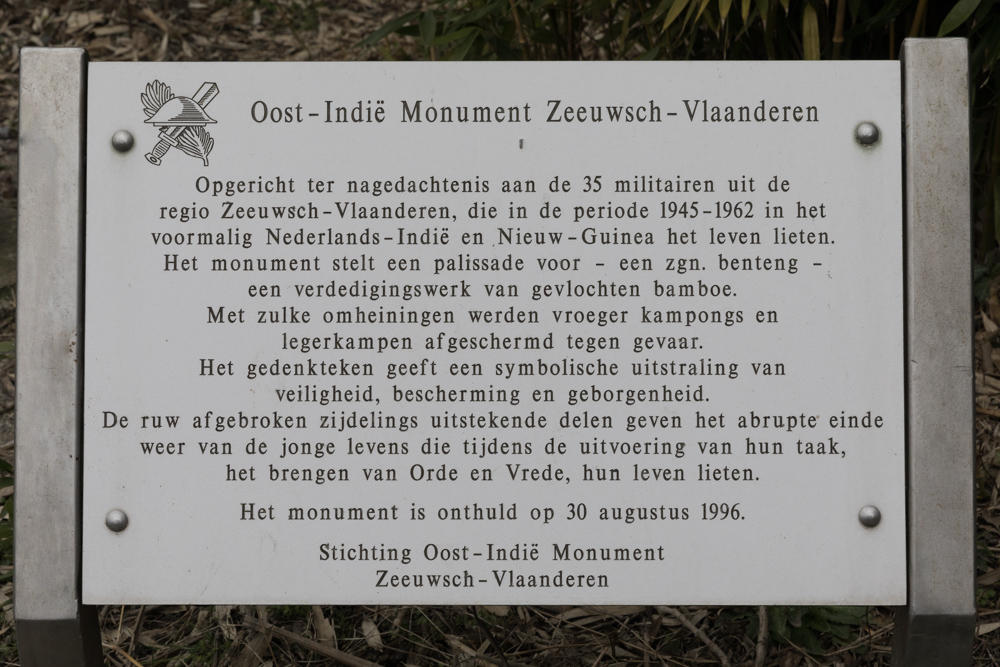 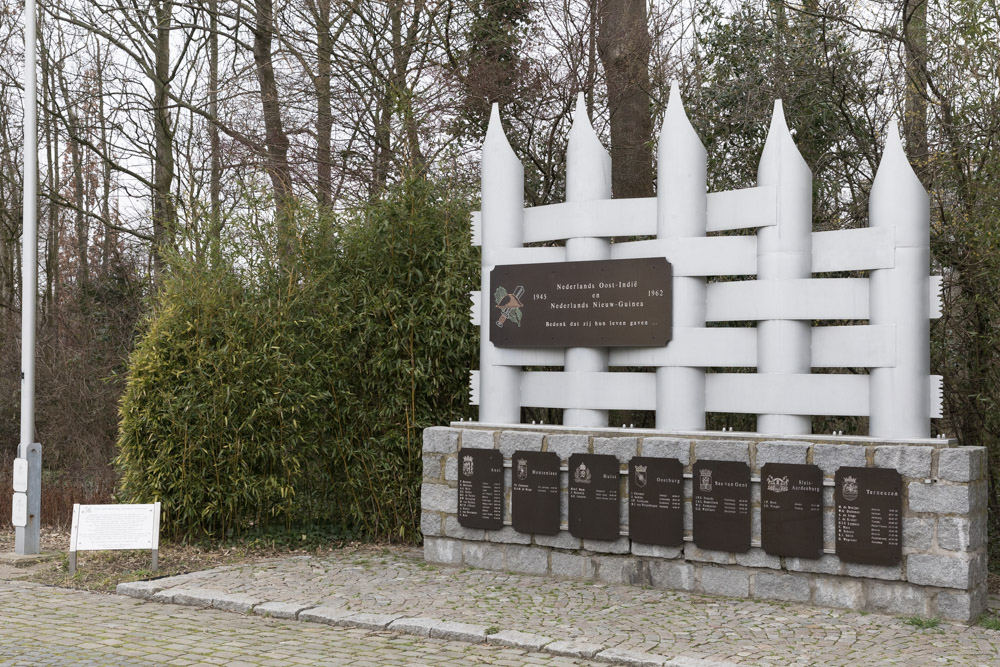 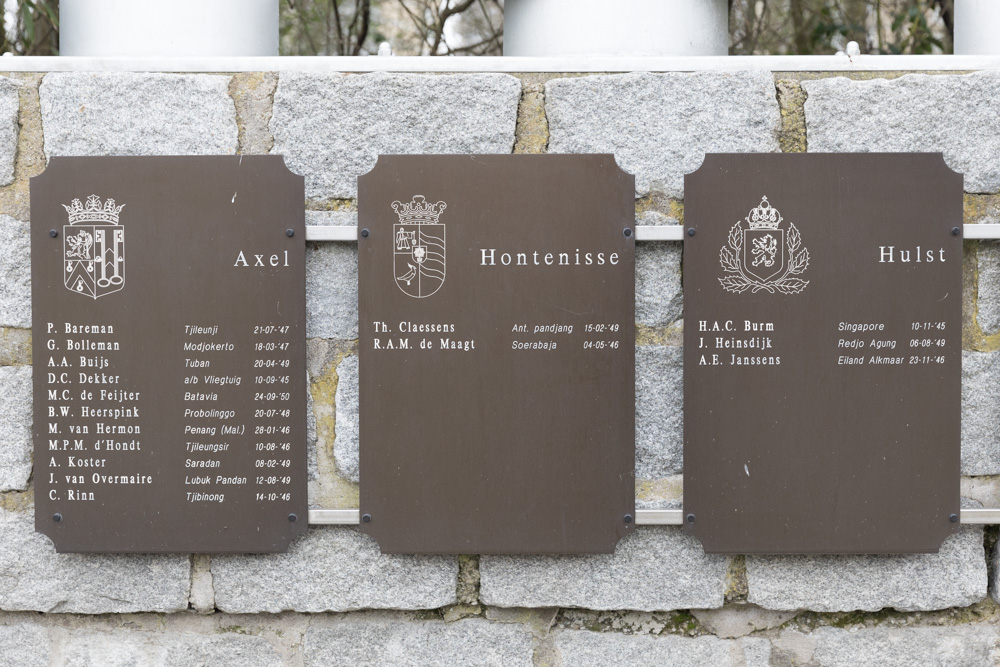 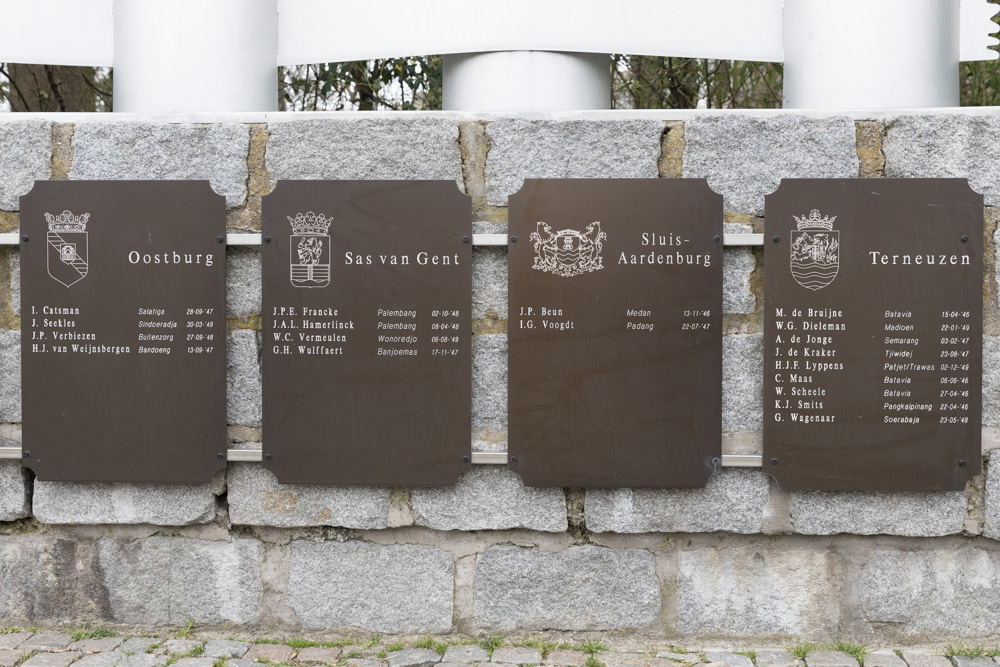 Founded in memory of the 35 soldiers from the Zeeuws-Vlaanderen region, who lost their lives in the period 1945-1962 in the former Dutch East Indies and New Guinea. The monument represents a stockade - a so-called benteng - a defense of woven bamboo. In the past, kampongs and army camps were shielded from danger with such fences. The memorial gives a symbolic appearance of safety, protection and security. The roughly broken, laterally protruding parts represent the abrupt end of the young men who lost their lives while on duty with their task, bringing Order and Peace.