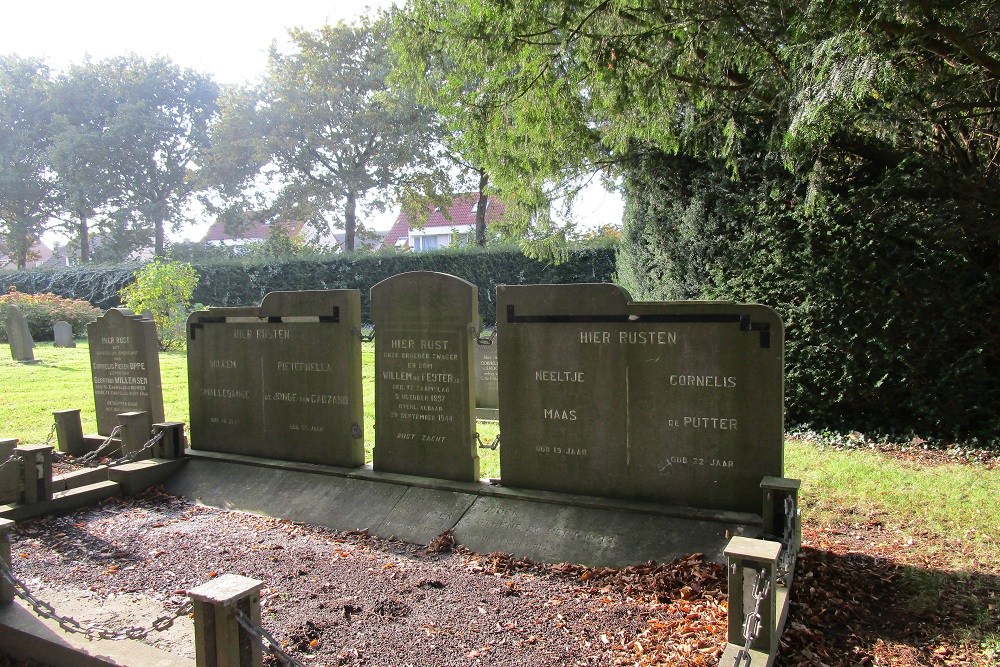 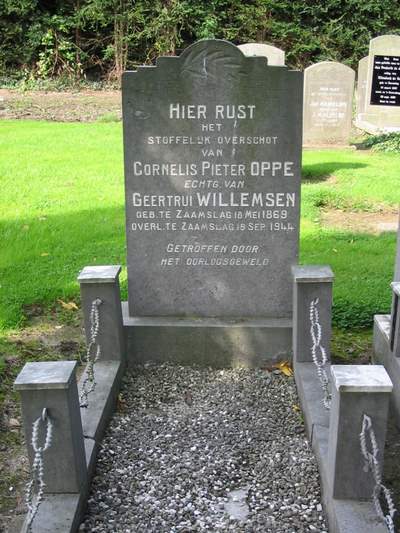 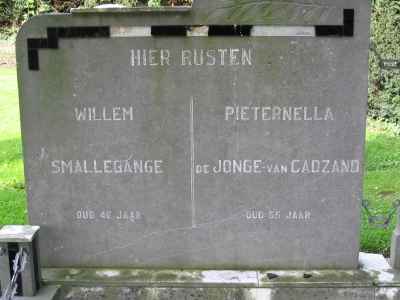 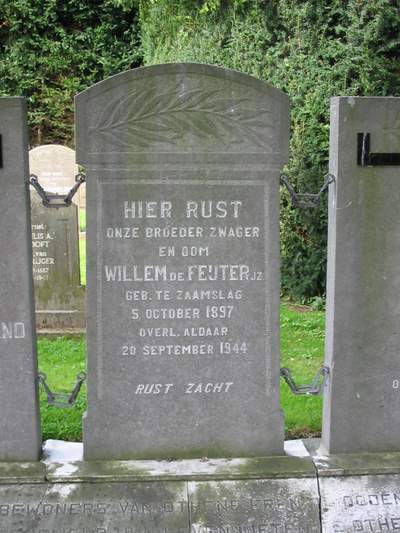 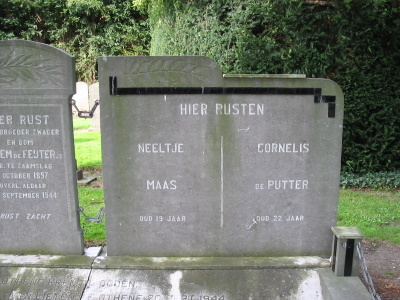 The Dutch War Graves can be found on the cemetery in Zaamslag, next to the Commonwealth War Graves.

Affected by
the war

On the concrete edge at the bottom of the gravestones, the following text can be read:
The residents of Othene honor the dead by war
their lives to Othene Sept. 20. 1944
Ps.103: 15a The days of man as the grass.