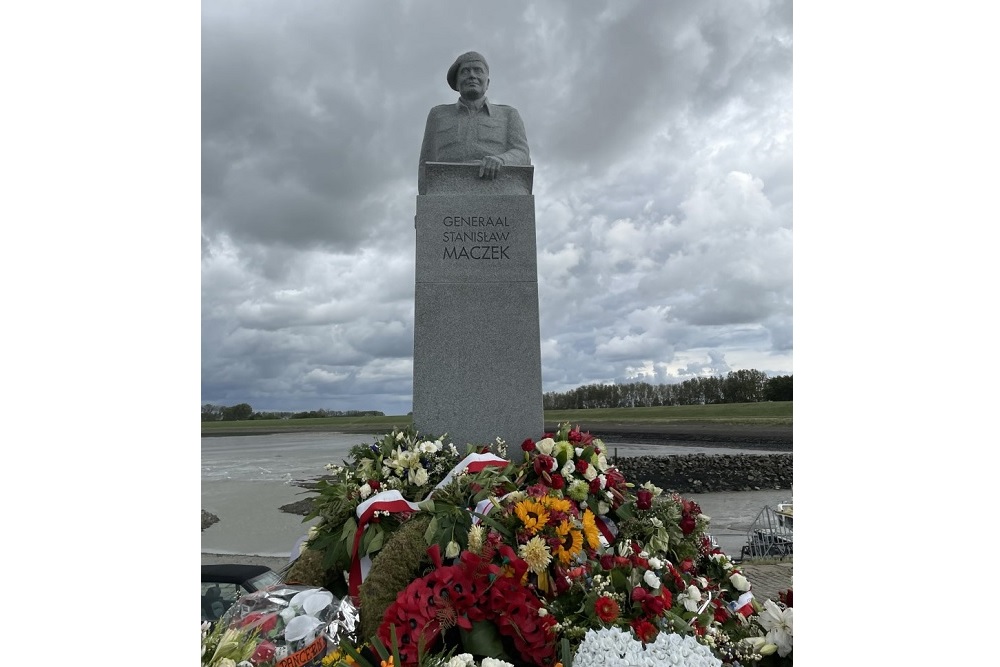 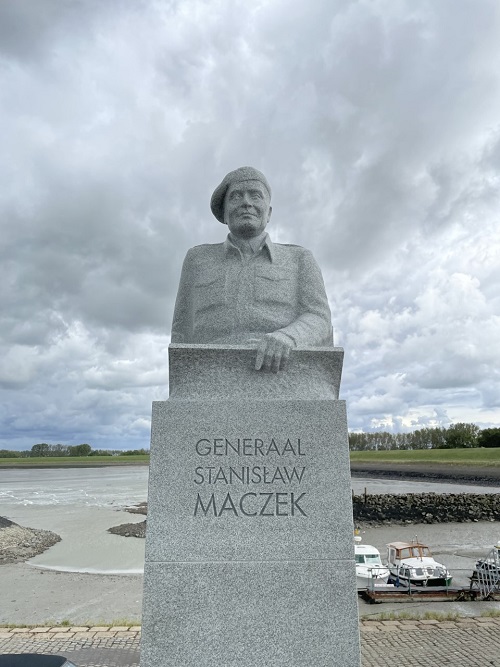 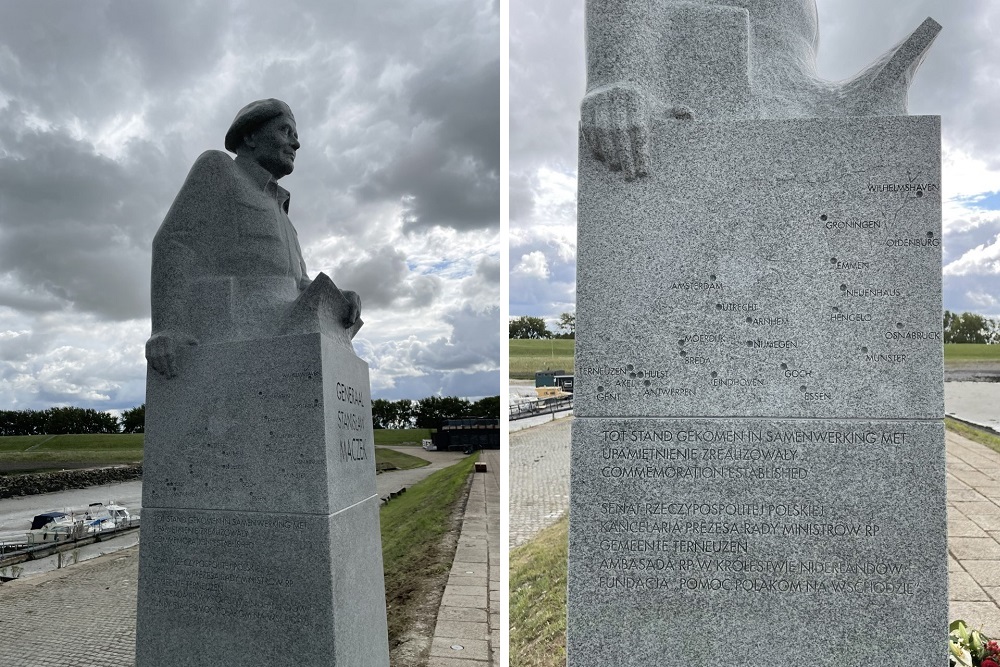 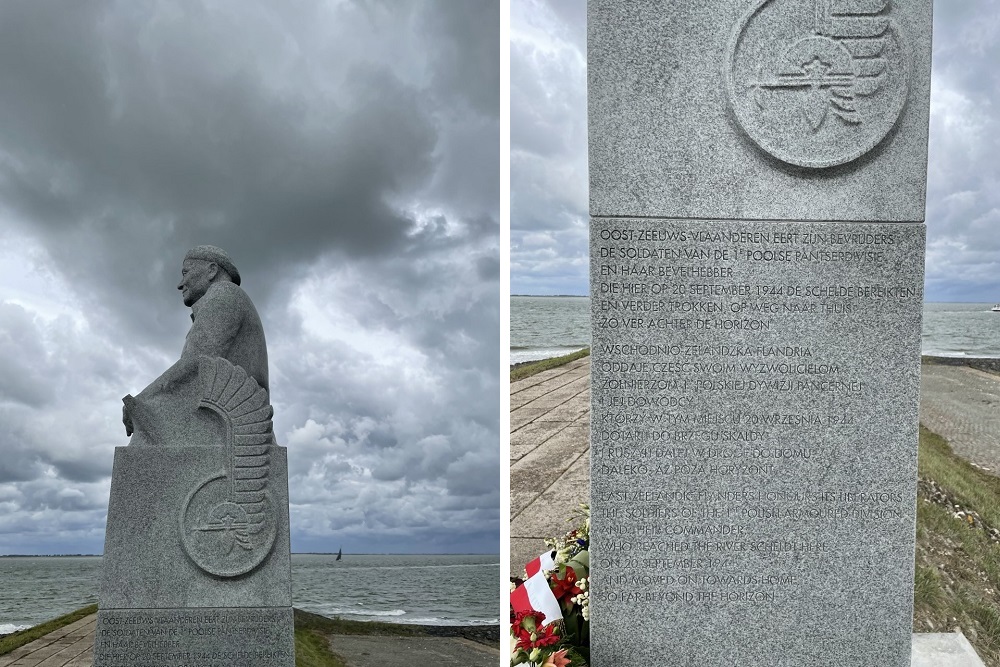 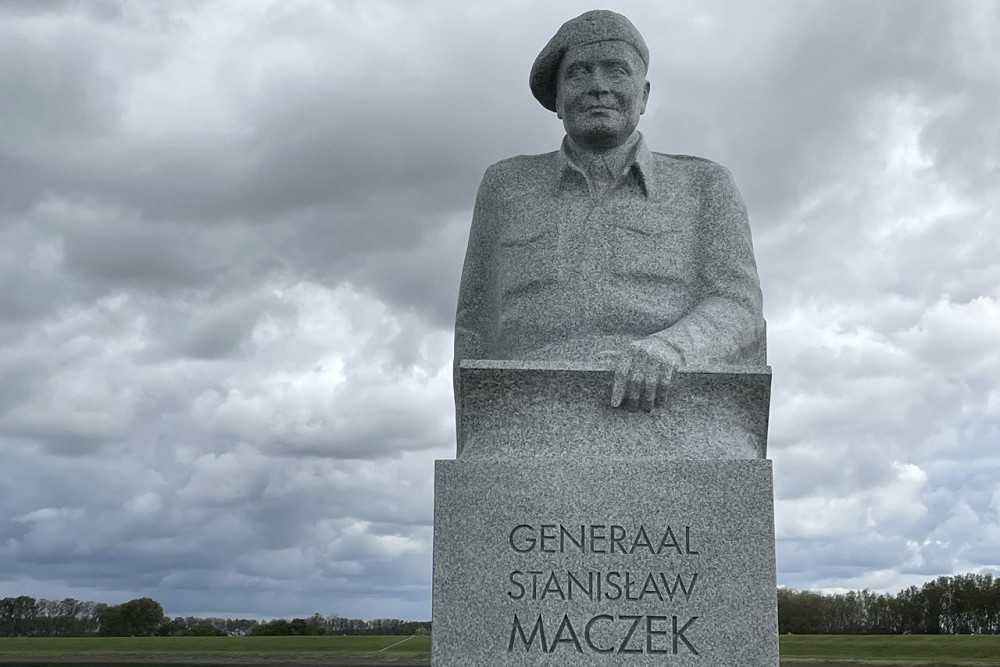 The statue was created because of Maczek's pivotal role during the Battle of the Scheldt. His soldiers liberated eastern Zeeuws-Vlaanderen, namely the area between Terneuzen and Hulst. After a heavy battle at the canal between Axel and Hulst, the Polish soldiers managed to reach the bank of the Western Scheldt at De Griete. From this spot they opened fire on the German transport ships. After this the Poles moved on to Antwerp. During the liberation of this part of Zeeuws-Vlaanderen 75 Polish soldiers were killed.