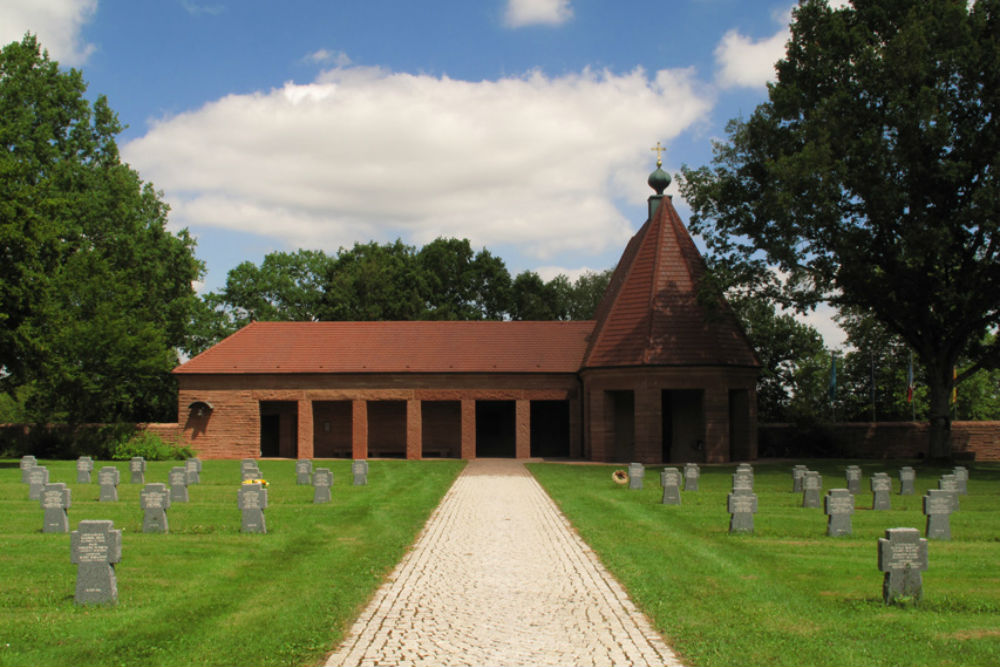 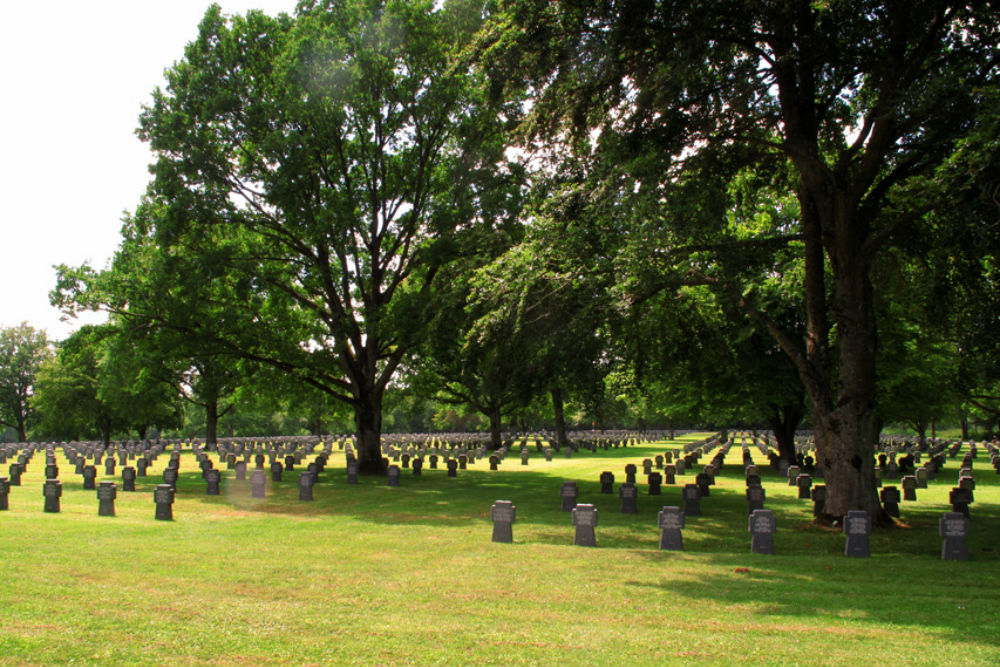 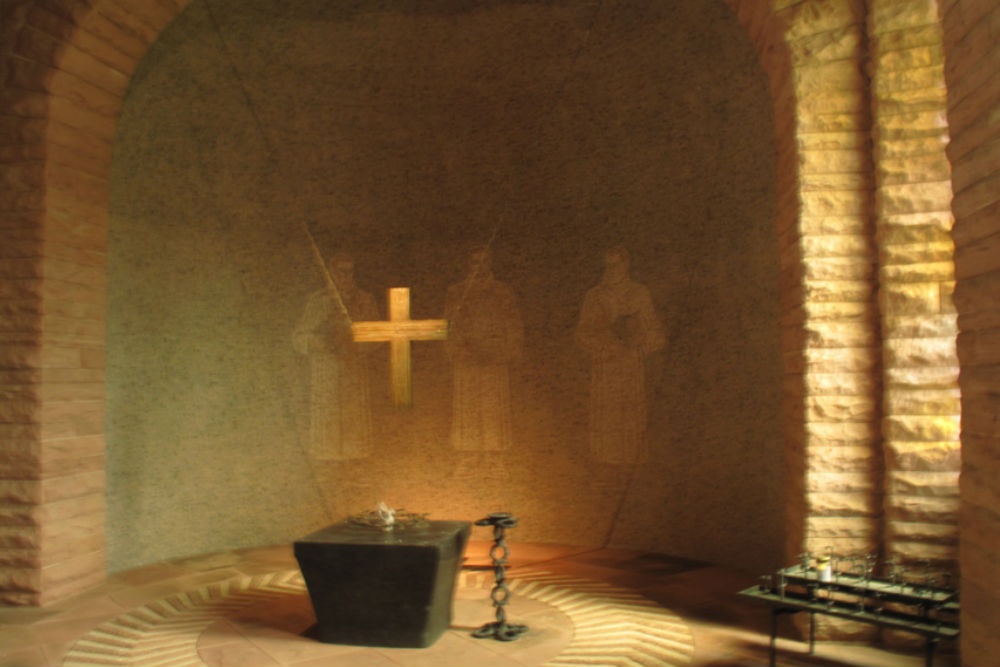 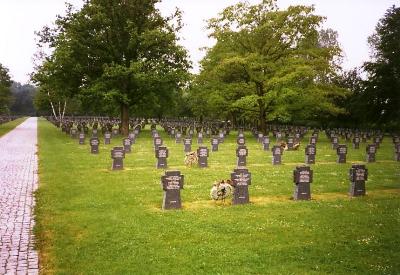 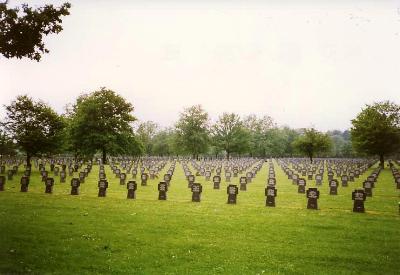 It is located in the French district of Meurthe-et-Moselle, about 12 kilometers north of the city of Toul. In the area of the small town of Andilly, - which has barely 250 inhabitants, the American Graves Service started to bury American and German fallen soldiers on September 12, 1944. These included the dead who died on the western side of Metz. In this way, the "US Temporary Cemetery Andilly" was created for 3,400 American and 5,000 German soldiers.

In the years 45/46, the American Graves Service in St. Avold established a permanent cemetery for the fallen. All the dead who were in buried in temporarily cemeteries were transported to this cemetery, including the dead of Andilly. 575 deceased from St. Avold and 4,891 from Epinal-Dinoze were moved as well. As a result, the number of soldiers resting in Andilly rose to 11000. In the 1954 German-French War Agreement, it was agreed that Andilly would continue to exist as a German war cemetery. Additional graves of dead from the districts of Nievre, Saône-et-Loire, Côte d´Or, Haute Marne, Jura, Doubs, Haute Saône, Vosges, Belfort, Meuse and Meurthe-et-Moselle were added in 1957.

During the relocation work, all graves were systematically investigated and nearly 2000 - at that time unknown - dead were found, mainly from Vosges. After the relocation work was completed in the spring of 1961, the construction of the garden and the design of the cemetery started. A wall covered with shrubs forms a permanent fence. Different groups of trees are spread around the cemetery. A dense wreath of trees surrounding the cemetery makes it look like it is situated in a forest.

Visitors enter the cemetery through a forged door in the building in which the entrance is. From here you have a good overview of cemetery. To the left is the hall with a mosaic niche wall in which the figures of three commemorating soldiers are recognizable. The altar stone has the inscription "33085 German Soldiers sind auf diesem Soldatenfriedhof zur letzten Ruhe gebettet" (33085 German soldiers have been laid to rest in this military cemetery). In a niche wall is a cross that first stood on the German war cemetery Pouxeux. German prisoners of war had it engraved for their dead comrades. On the right in a small room is a shrine containing a name book of the buried. The cemetery was solemnly opened to the public on September 29, 1962.

Additional Information [/ i]
Arrival:
Location: About 10 km north of Toul. From Toul on the D 904 to Menil-la-Tour (11 km), here on the right to the village of Andilly, then on the D 10 about 3 km to the cemetery. Follow the signpost! Marked with number 62 on Michelin map.