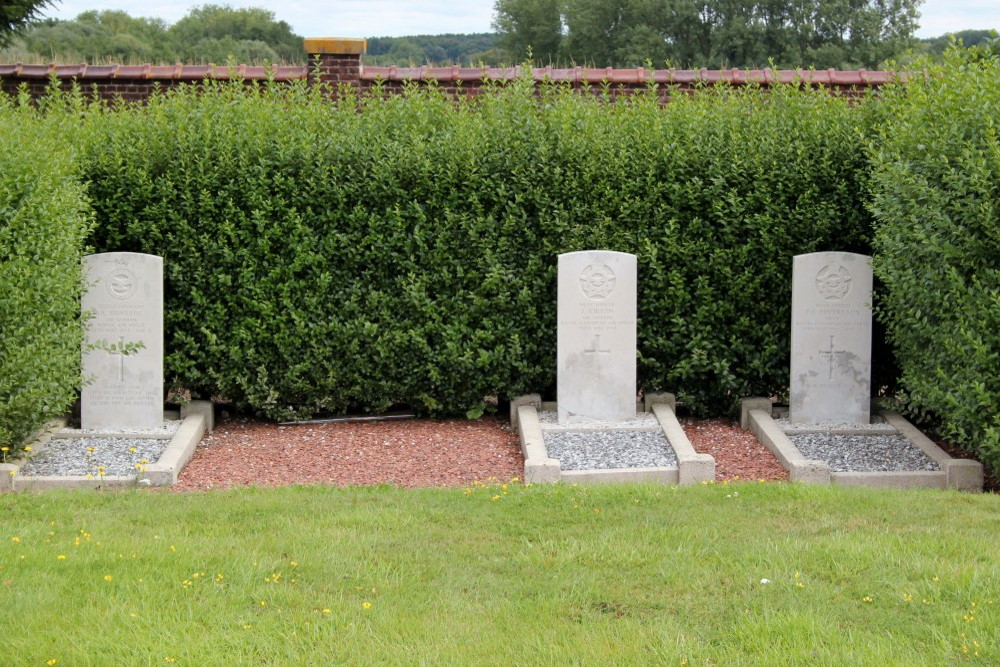 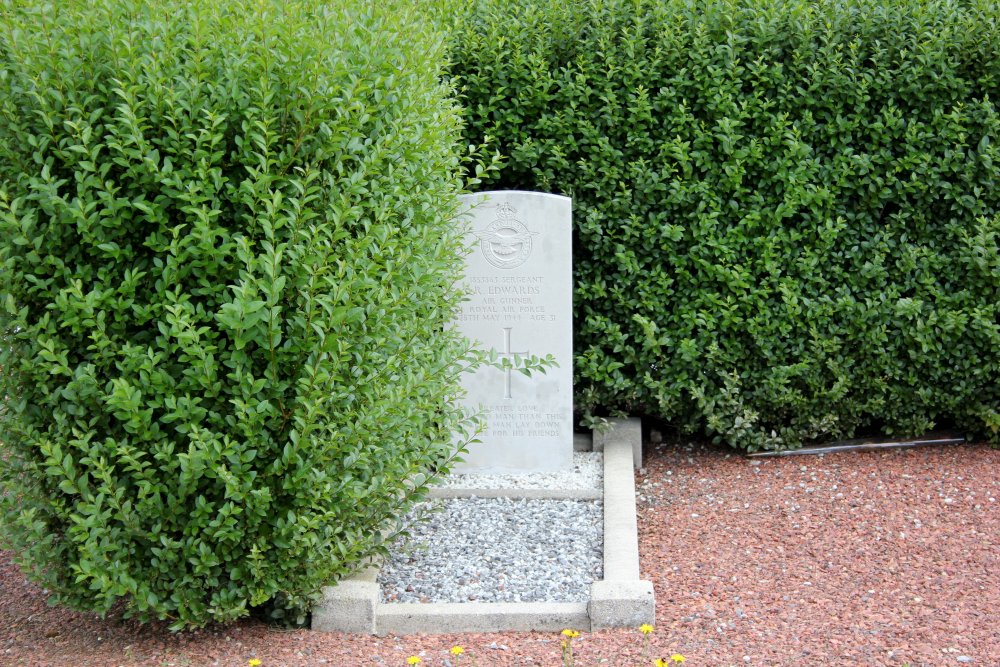 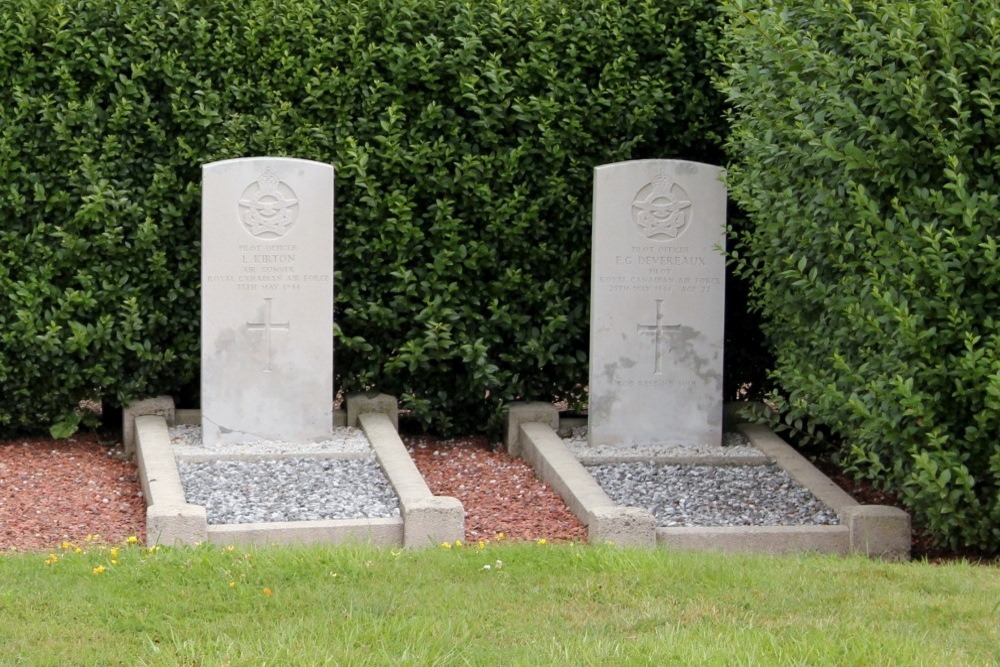 At the General Cemetery in Baisy-Thy, Genappe Municipality, are three Commonwealth war graves from World War II. All three victims died on May 28, 1944. There is something very special with these graves, because here were originally 14 graves. These were the graves of two complete crews of Halifax bombers. After the war, 11 casualties were transferred to the Commonwealth War Cemetery in Heverlee and three were left behind in Baisy-Thy.
These victims were left behind in Baisy-Thy:

On May 27, 1944 left at 2331 and 2347 from Leeming airbase, the Halifax LV831 and the Halifax MZ295. Both with the same mission, namely an attack on a German military base in Leopoldsburg. Following a mid-air collision between the two Halifax bombers, the aircraft crashed down into Baisy-Thy. All crew members died and were originally buried in Baisy-Thy.