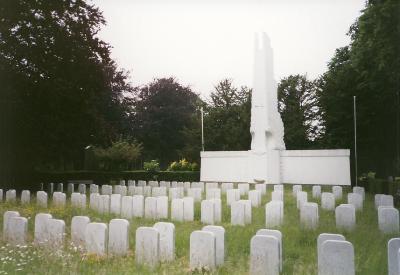 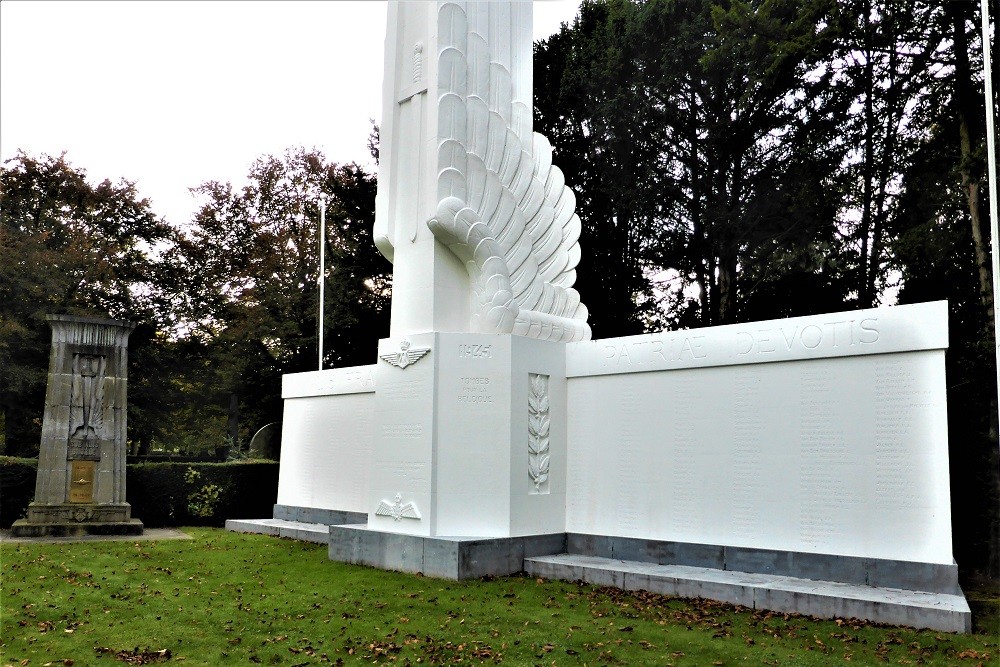 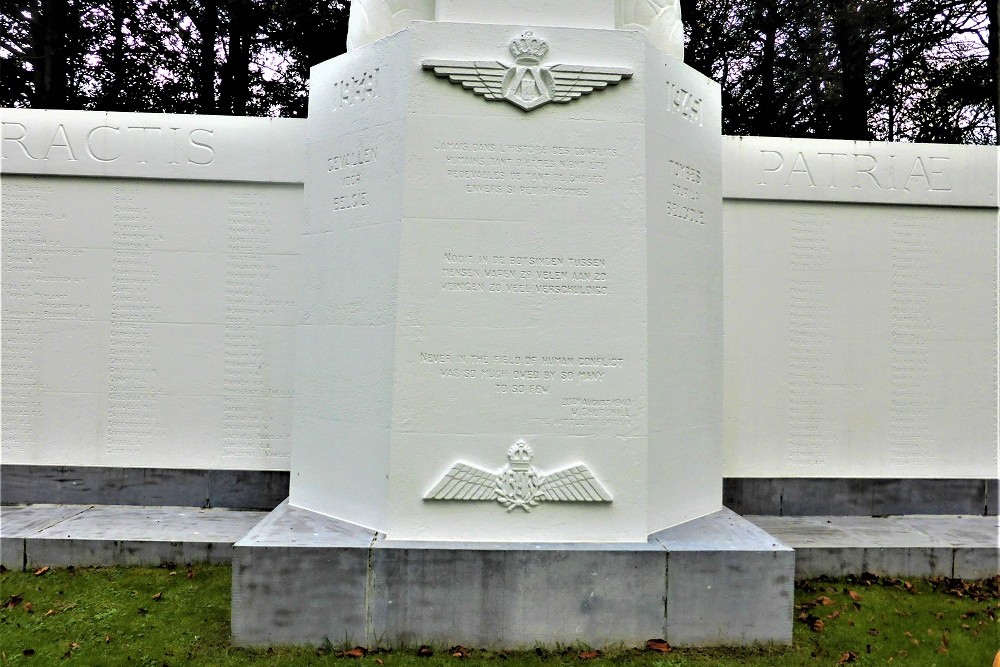 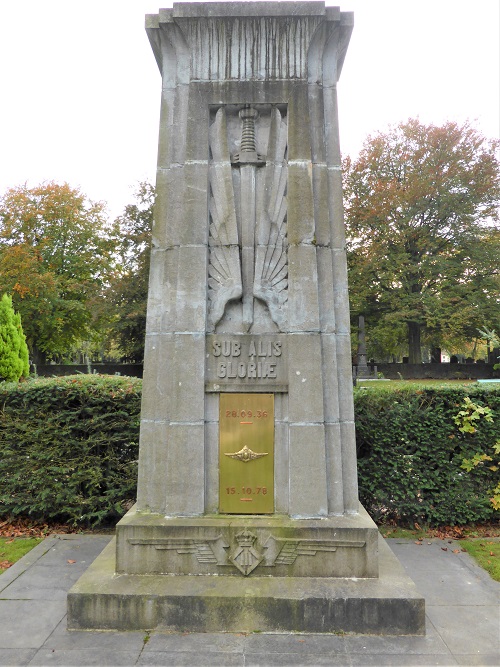 Evere Communal Cemetery in Brussels contains a separate plot with Belgian Airmen who were killed in the Second World War and a memorial.
The cemetery contains 215 graves. About 30 of these are symbolic, they represent a missing airman.

On May 10, 1940, the first day of the war, Lieutenant pilot Etienne Dufossez shot down a German plane but unfortunately fell victim to his bravery and in turn was shot down.
His mother devoted herself to good works for the aviation industry during the war and showed particular concern for widows and orphans of airmen as well as for the wives and children of emigrants to England.
Immediately after the war, she conceived the plan, in memory of her son, to establish an air force as a resting place for all fallen Belgian military airmen of the 1940-1945 war. Her idea was welcomed with great sympathy, but it was only after years of stubborn insistence that the Minister of the Interior gave her permission to establish a court of honor.
With numerous actions she was able to collect the necessary money to buy a plot of land for 215 graves in the cemetery of the city of Brussels (Evere).
Architect Vandenbosch and sculptor Bataille made a model of the monument that was to represent the emblem of the flowerbed.
The repatriation of the bodies buried in Germany, the Netherlands, England and France lasted from 1948 to 1950. At the official inauguration on September 18, 1950, 215 graves had been brought together, including the 31 symbolic ones for the missing airmen.
The graves themselves consist of a cellar.
In 1996 with the redesign of the courtyard of honor, the metal crosses were replaced by tombstones in beige marble measuring 75 cm high and 40 cm wide.
In 2005 the court of honor was recognized as a military cemetery.

The monument in French stone is an obelisk flanked by two enormous wings, on the central part a sword. Next to the plinth, the plates serve as a tombstone.
At the front, in 3 languages, Churchill's world-famous quote after the Battle of Britain was engraved:
"Never in the clashes between
people were so many to so
few owe so much ".