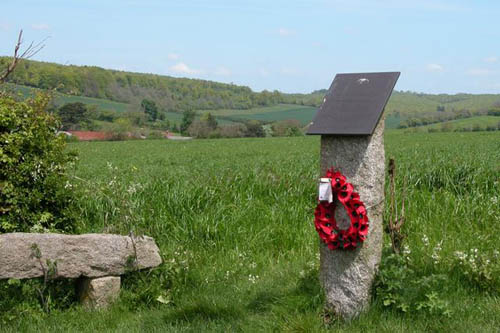 This memorial is dedicated to the Polish pilot, Bolesiaw Wiasnowolski, who crashed here on 1 November 1940 with his Hawker Hurricae fighter (serial number: V7221). He was shot down by a Me109 fighter. The inscription on the memorial reads:

Died aged 23 when his "Hurricane" V7221
crashed following aerial combat
with a German Me109.