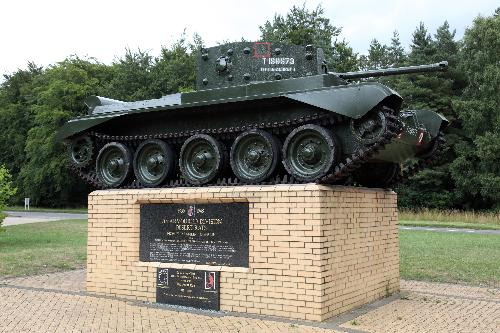 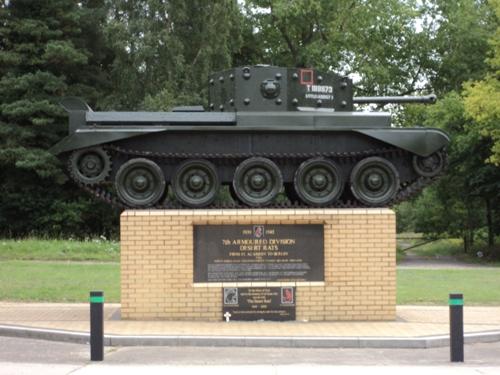 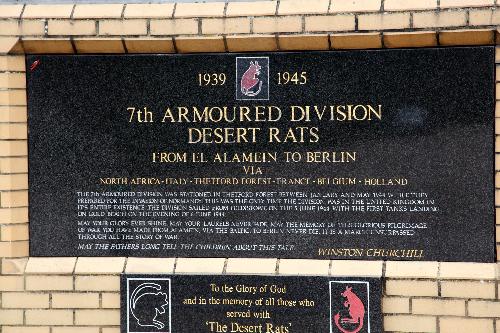 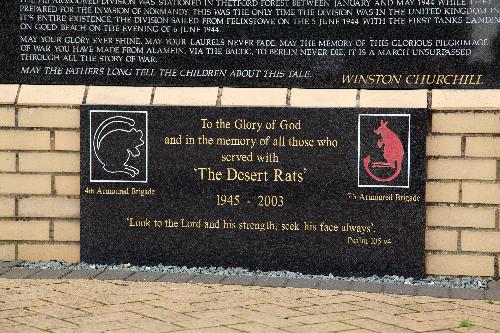 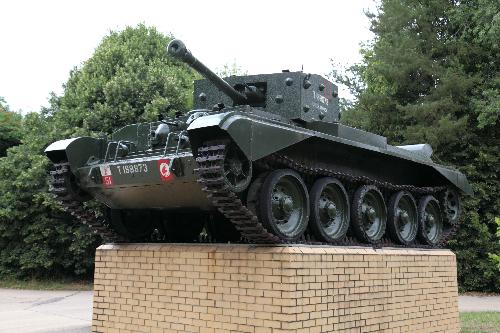 This memorial is devoted to the 7th Armoured Division 'Desert Rats' and consists of a Mark IV Cromwell tank standing on a pedestal. This pedestal bears two memorial plaques:

FROM EL ALAMEIN TO BERLIN

The 7th Armoured Division was stationed in Thetford Forest between January and May 1944 while they prepared for the invasion of Normandy. This was the only time the division was in the United Kingdom in it's entire Existence. The Division sailed from Felixstowe on the 5 June 1944 with the first tanks landing on Gold Beach on the evening of 6th June 1944

May your glory ever shine, May your laurels never fade, May the memory of this glorious pilgrimage of war you have made from Alamein, via the Baltic to Berlin never die. It is a march unsurpassed through all the story of war.

May the fathers long tell the children about this tale .