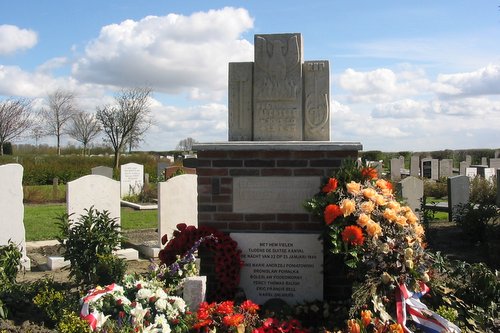 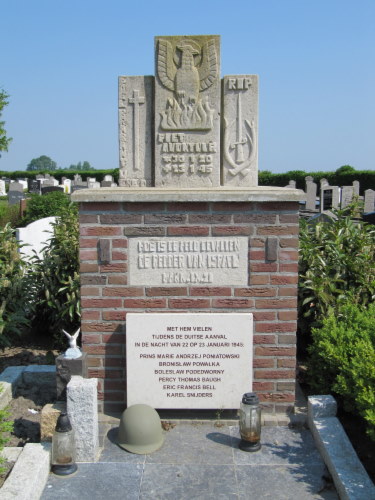 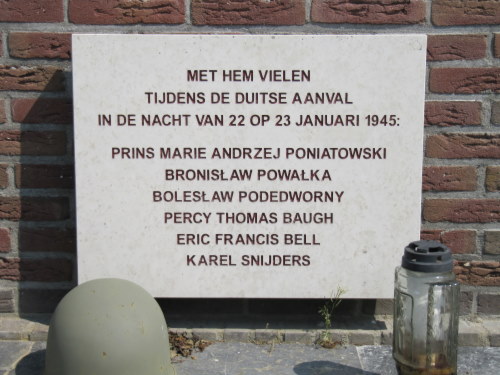 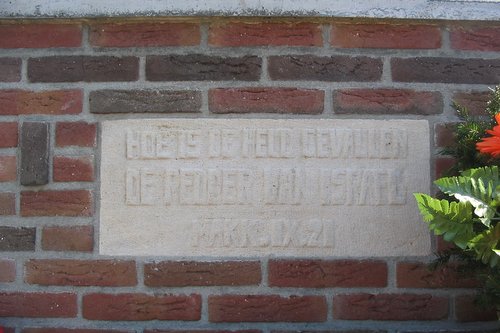 The part on top of the monument is to commemorate Piet Avontuur.
He was killed during a German attack in the night of 22-23 January 1945.

For years the monument stood on Zuylen cemetery in Breda. Later Piet Avontuur was reburied at the Dutch Field of Honor in Loenen.
This happened almost simultaneously with a meeting of former members of the assault division Piet Avontuur was part of in Anna Jacobapolder.

The former members of the assault division said to former colonel Joop Lodders that they regretted it that there was nothing in Anna Jacobapolder to remember the fighting. The former colonel started working together on this with historian Jan Kempeneers from Sint - Philipsland and Jos van Alphen from Brabant. They got help from the Municipality of Tholen.

This memorial also has a marble commemorative plaque for the other six victims of the nighttime attack: three Polish, two British soldiers and civilian, Karel Snijders.

On this commemorative plaque are the names of these victims:
With then fell
during the German attack
in the night of 22 on 23 January 1945:

Jan van Oerle, who was in the assault division with Avontuur, is very pleased that this memorial was erected. "Boys died during these actions and they shall never be forgotten".

In Breda a street has been named after Piet Avontuur. (Photo 5)