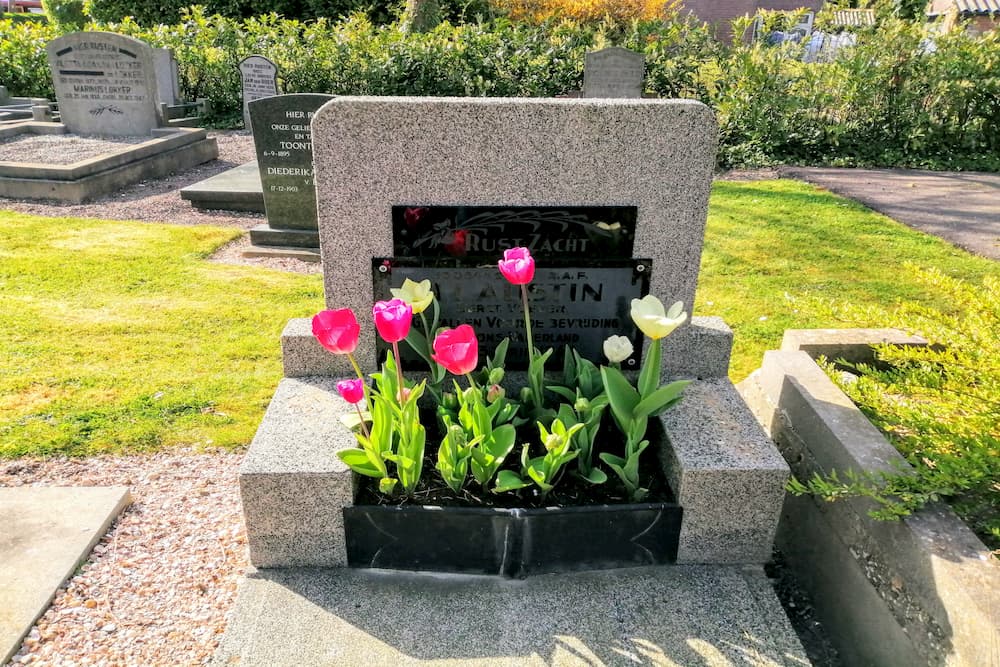 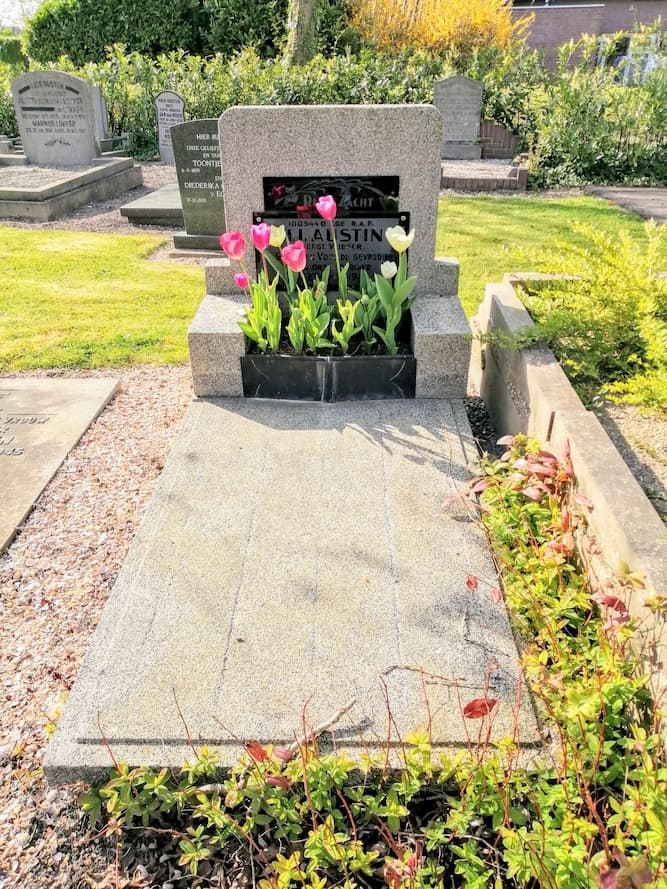 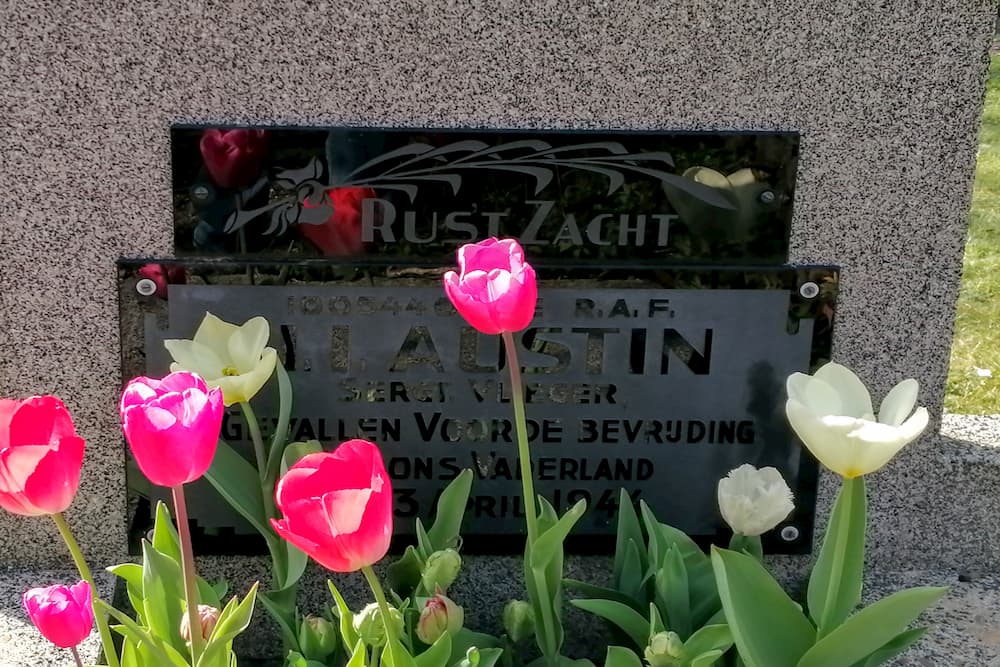 On the General Cemetery in Herkingen is one Commonwealth war grave. This is the grave of Flight Sergeant (W.Op./Air Gnr.) Herbert Ingle Austin. The grave has a tombstone that was offered by the residents of Herkingen.
On April 22, 1944 at 23:00 departed from Leeming airbase, the Halifax LK802 with the mission, a raid over the city of Düsseldorf in Germany. Above the Netherlands, the plane was hit by a Flak anti-aicraft gun and the plane crashed near Herkingen. In the crash, three crew members were killed, one is buried in this cemetery, the other two were never found. The remaining four crew members were taken prisoner of war by the Germans.

Rectification 4-2020:
Two members of the crew where killed Pilot Fennessey and Flight Engineer Austin.Due inundation of the field where the aircraft crashed they where not recovered until 15th June 1945.The navigator Achtymichuk was never found and is believed to have drowned in the Grevelingen.Fennessey is buried in Bergen op Zoom.Austin is buried in Herkingen in a grave funded by inhabitants of Herkingen.For the three killed flight crew members information panels where placed in the village of Herkingen bij the wo2go foundation.The other four members where taken prisoner.Air gunner Crosswell did not survived.He was shot trying to escape from Stalag Luft III on the 13 april 1945.He died the next day 14-4-1945.