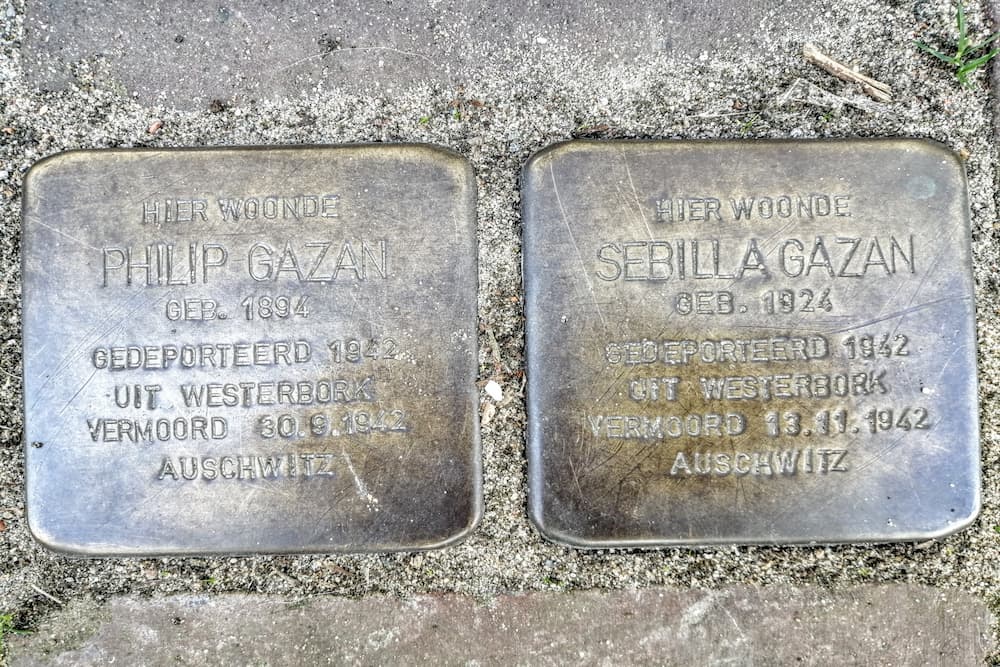 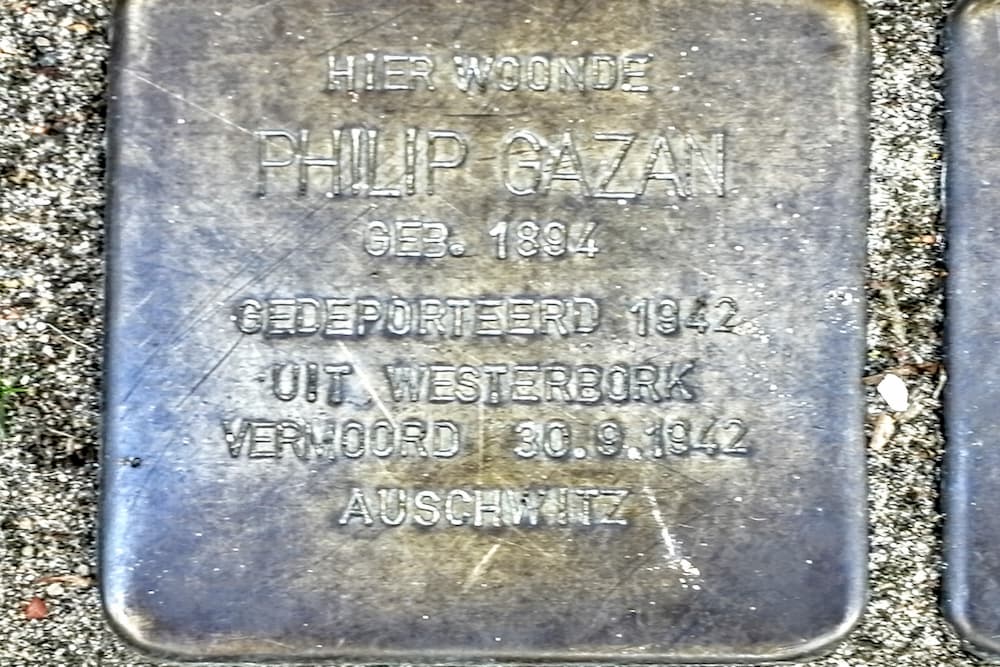 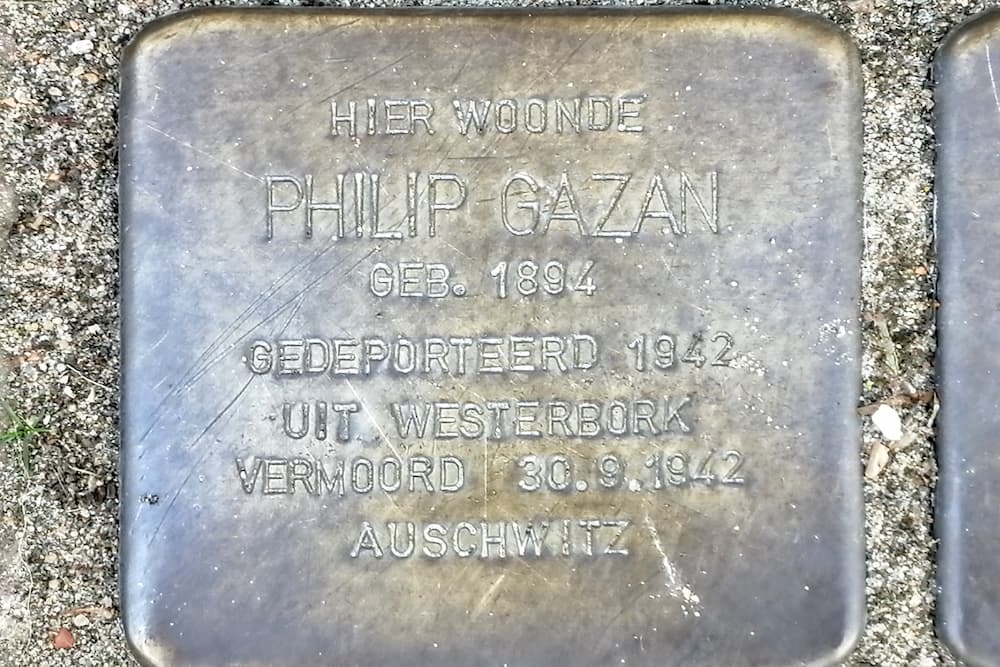 Philip Gazan, a butcher, and Eva Meuleman married and had a daughter, Sebilla. Eva Gazan-Meuleman survived the war. Philip and Eva were both murdered in Auschwitz. He was 48, and she was 18.

"Stolpersteine" is an art project for Europe by Gunter Demnig to commemorate victims of National Socialism (Nazism). Stolpersteine (stumbling stones) are small, 10x10cm brass plaques placed in the pavement in front of the last voluntary residence of (mostly Jewish) victims who were murdered by the Nazis. Each plaque is engraved victims with the name, year of birth, and place (mostly a concentration camp) and date of death. By doing this, Gunter Demnig gives an individual memorial to each victim. One stone, one name, one person. He cites the Talmud: "A human being is forgotten only when his or her name is forgotten."