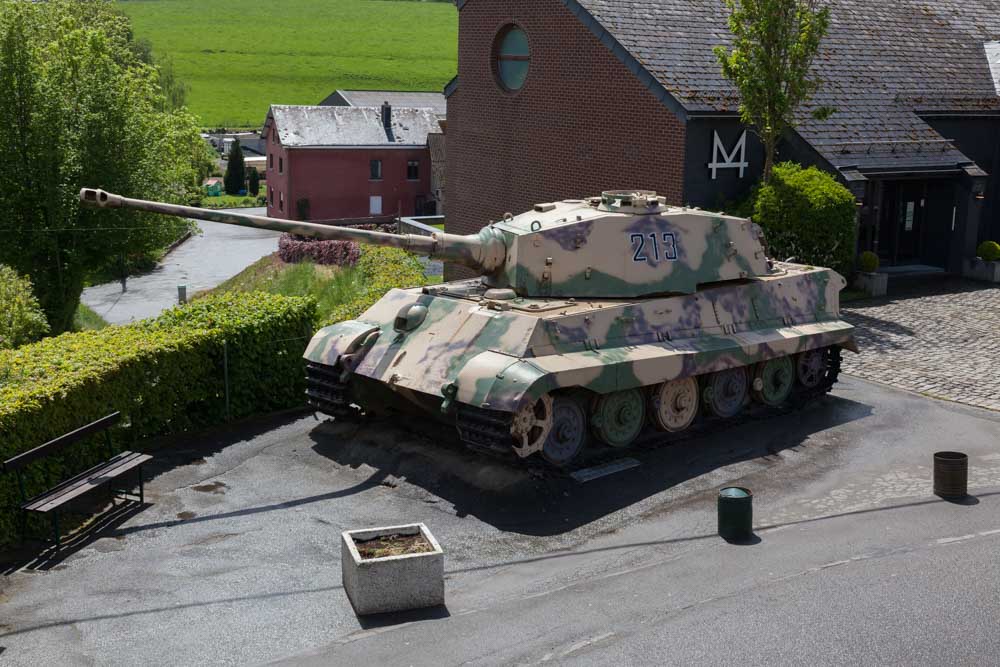 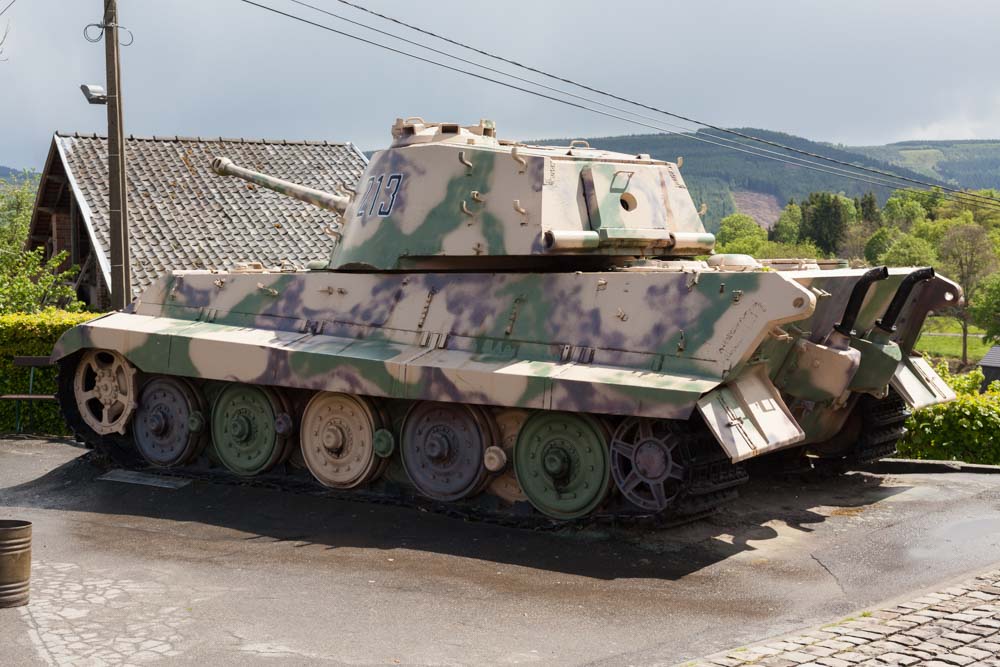 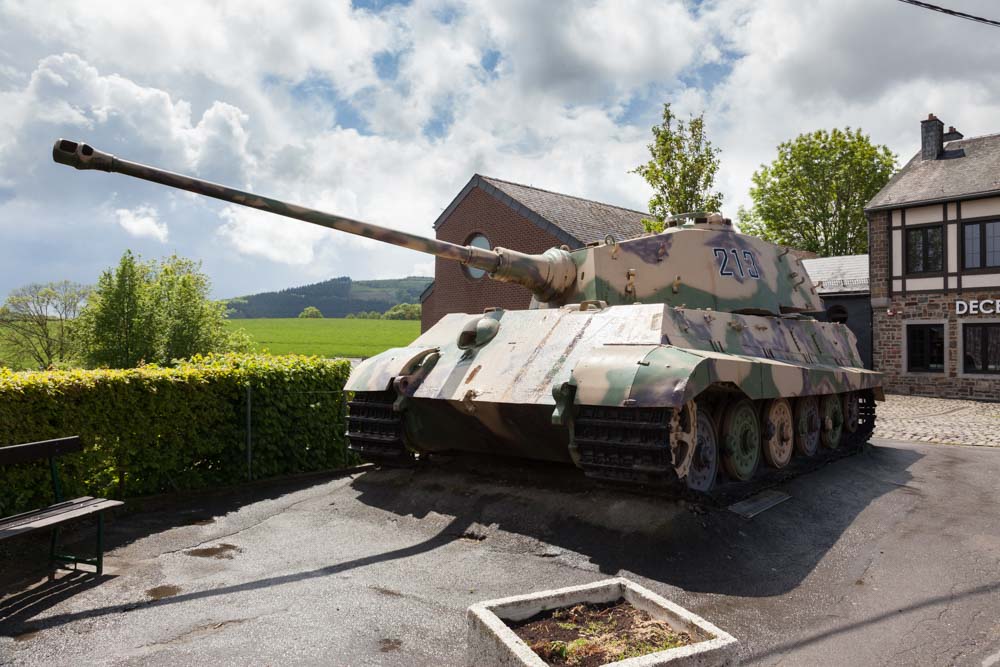 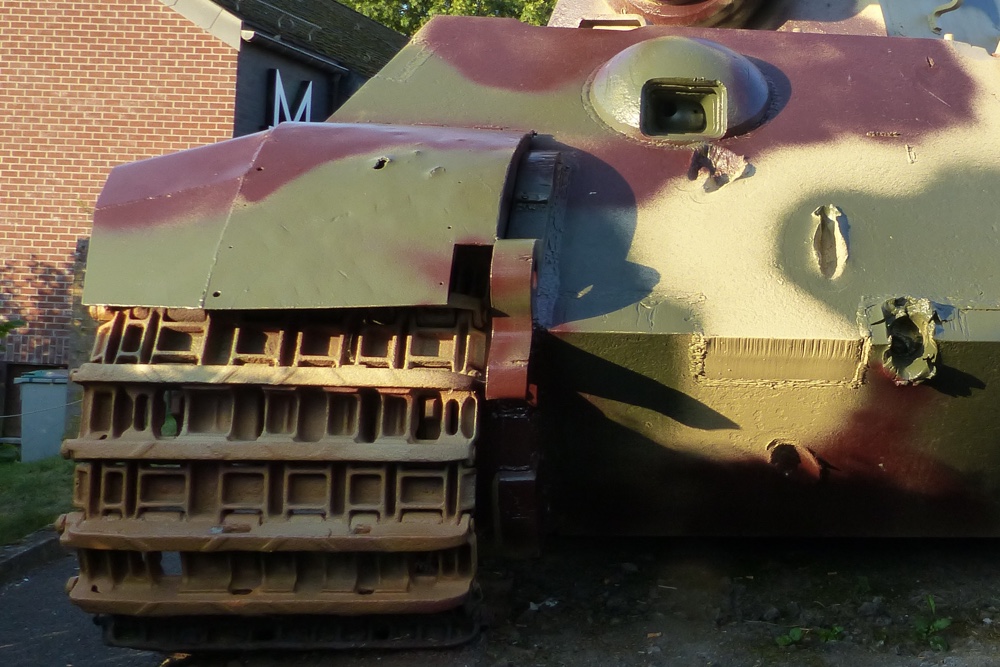 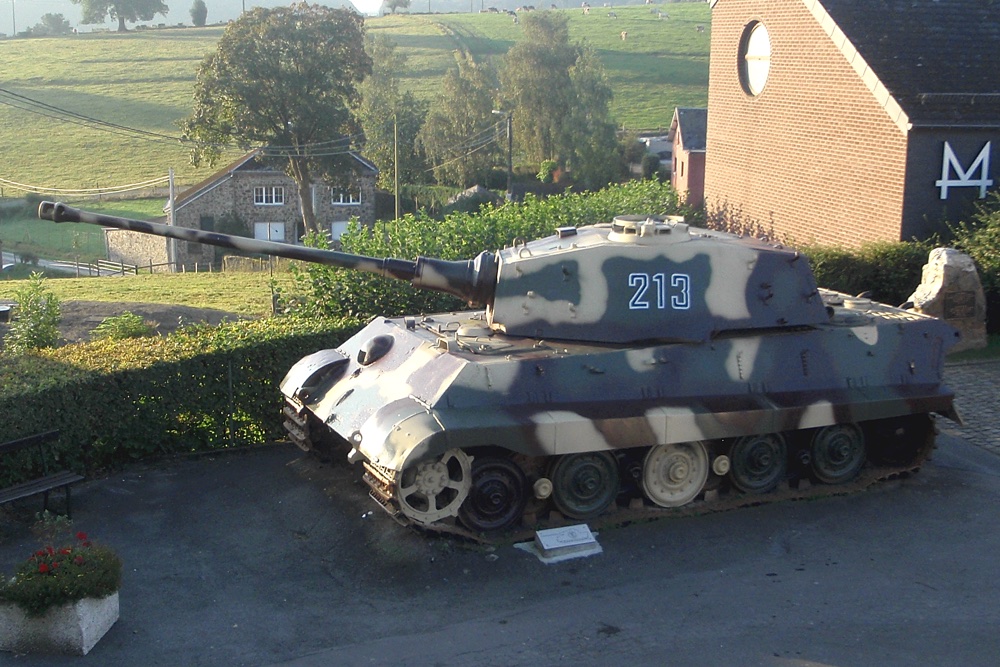 This Tiger 213 from Obersturmführer Dollinger is one of the vehicles left by Peiper's 1st SS Panzer Regiment in 1944 when it had to withdraw from la Gleize. Instead of playing a defensive role, the type there was misused as a breakthrough tank. The Kampfgruppe Peipers were forced to leave about six tanks behind. The Americans dueled the Tiger II (turret number 213) with their M4 Shermans and M10 Tank Destroyers during the siege of La Gleize and managed to shoot the gun barrel in half with a fluke.

When the Americans came to clean up all wreckage from the battlefield in 1945, Ms. Jenny Geenen-Dewez exchanged the tank for a bottle of cognac in July 1945.

The museum "December 1944" faithfully portrays history and exhibits one of the most important WW2 collections in Europe. It vividly revives history, through 15 dioramas, (armored) vehicles, artillery, 85 models, all with original equipment, as well as generalities, more than a thousand badges, weapons and equipment, such as belt buckles, helmets and caps, posters, newspapers, and an impressive amount of material found at the time in La Gleize. For the military aspect, photographs, maps, models, documents and time-bound films that have never been shown clarify the operations.

This Tiger II (Königstiger) is displayed in front of the Historical Museum December 1944.