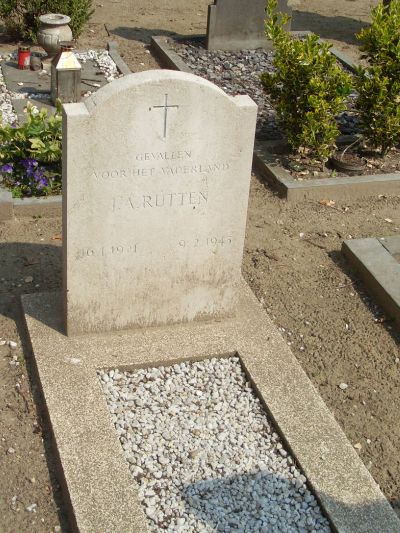 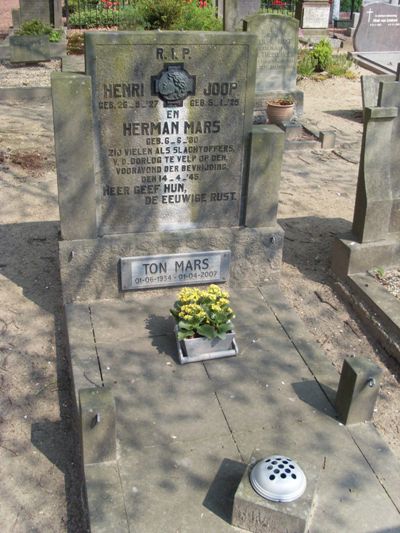 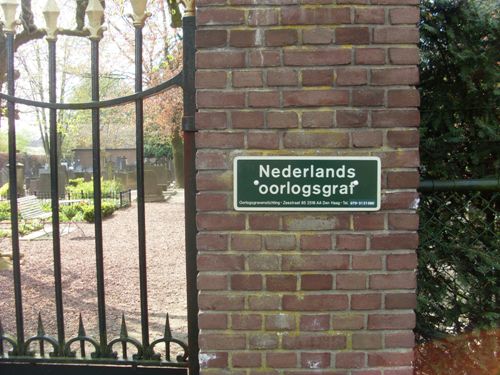 Johannes Antionius Rutten who was a forced laborer in Germany and deceased in Rumeln, Landkreis Moers, on 9 February 1945.

Collective grave of the Mars brothers who died on April 14, 1945 during the liberation of Velp.

These three boys were in the back garden at their parental home at Enkweg in their homemade shelter to take cover for a British artillery attack on Velp. Their hideout was hit by a direct hit and all three were killed.