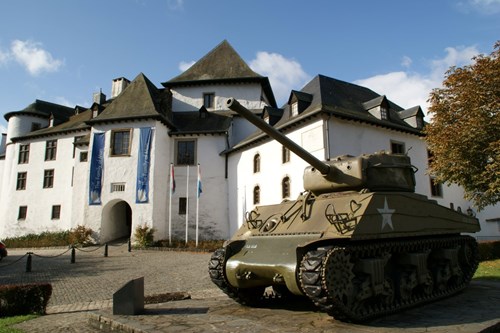 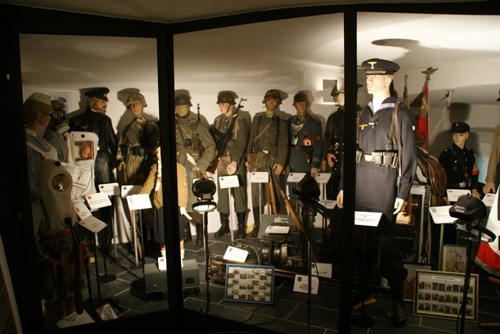 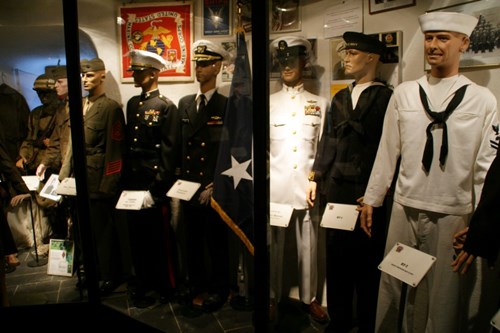 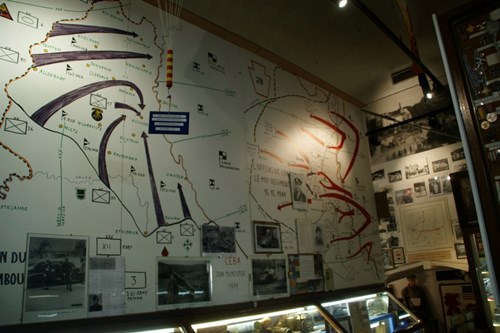 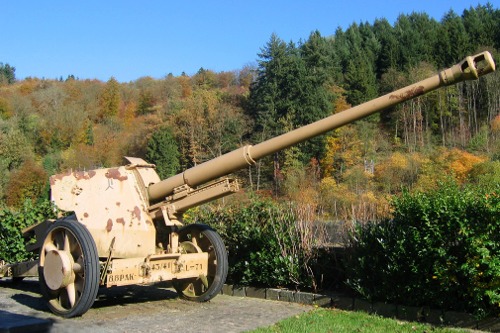 The castle in the village Clervaux was ​​in December 1944 part of the communication of the U.S. 28th Infantry Division. Soldiers of the 110th Infantry Regiment were housed here. In the courtyard stood a half track with a SCR-193 radio for communication with other units. After a huge artillery barrage in the early morning of December 16 the Germans attacked from Echternach with two battalions of Panzer IV tanks and half-tracks laden with grenadiers. The American soldiers defended the village bitterly but the village fell to the Germans in the evening of 17 December.

Today the museum "Musée de la Bataille des Ardennes" is located in this castle. It is a small museum and not worth it if you've to travel far. However, if you're in the neighborhood it's nice to take a look. Outside the museum stands a Sherman tank and a Pak43 - 88mm gun. This gun isn't seen in that many museums. Hopefully they restore it soon, because it's getting rusty.

As small as the museum is so is the price at our visit in 2011 it was  2.50. On the ground level of the museum you find all kinds of stuff, going up into the rooms above you'll find a lot of mannequins in uniforms.