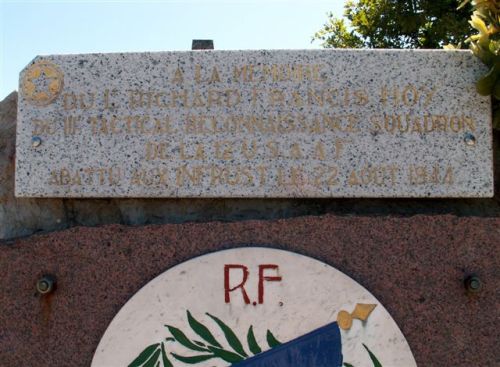 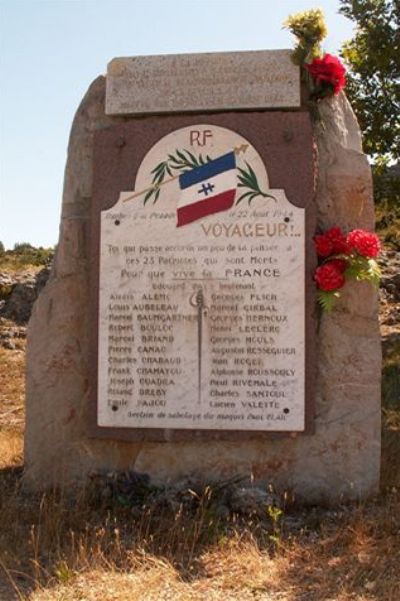 This plaque commemorating USAAF-pilot 2nd Lt. Richard Francis Hoy is fixed on a memorial for resistance-fighters killed on 22 August 1944.

He was temprarily buried at Les Infruts cemetery. Later on he was buried at Draguignan cemetery at Saint-Raphael. After the war, his body was brought back to the USA and buried in Michtigan State.

Memorial and Graves Killed Members of the Resistance - Le Caylar