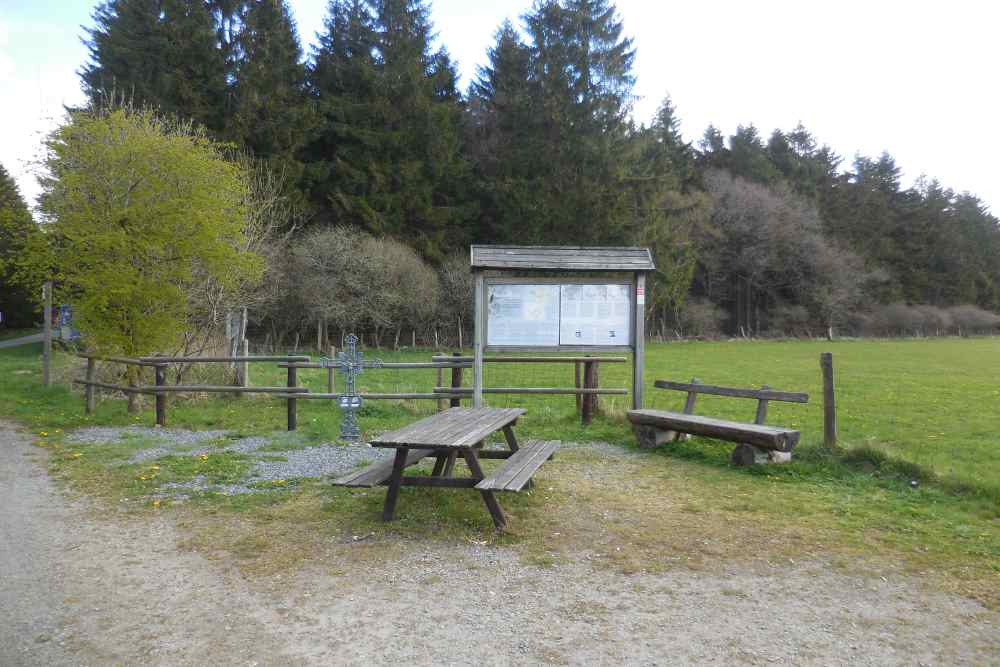 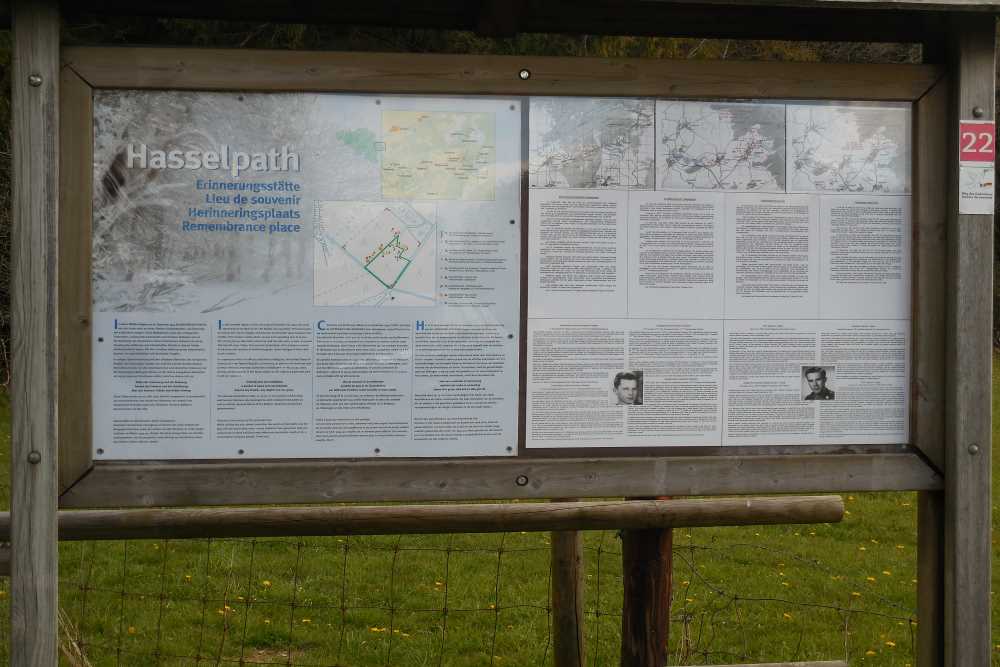 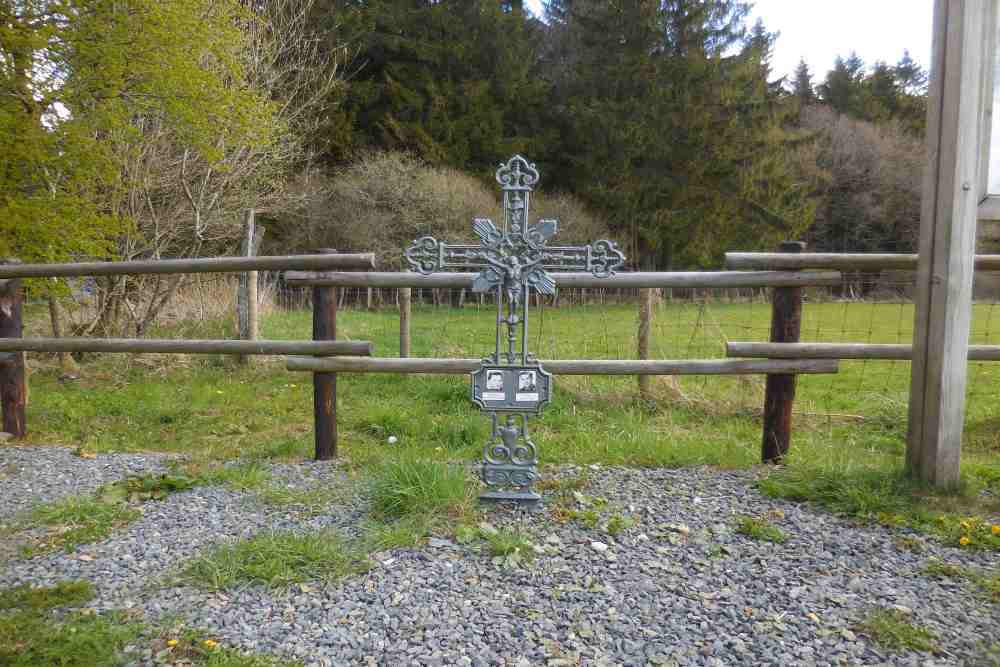 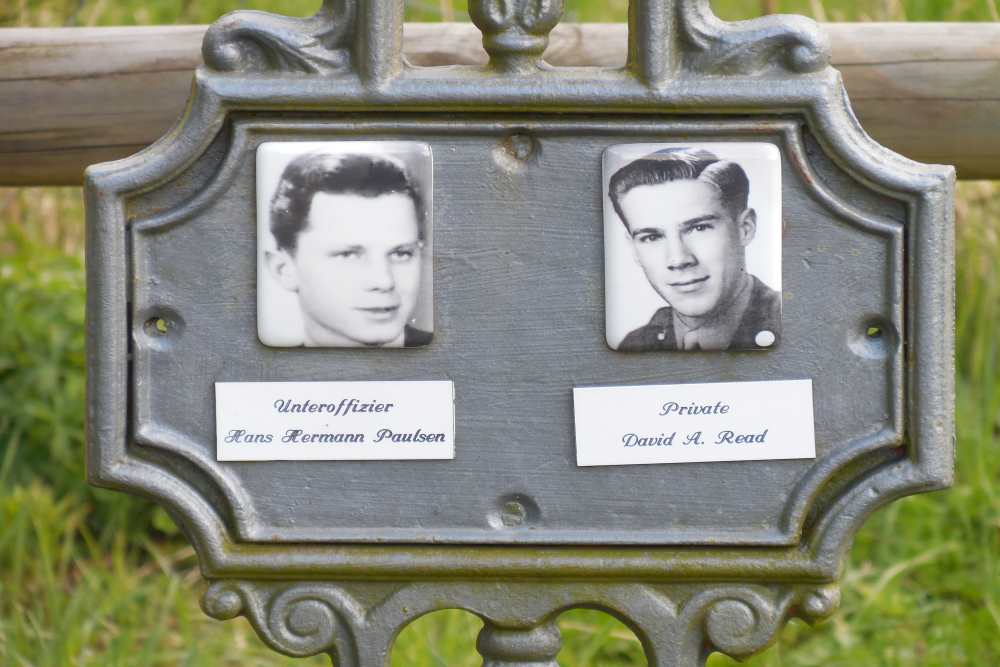 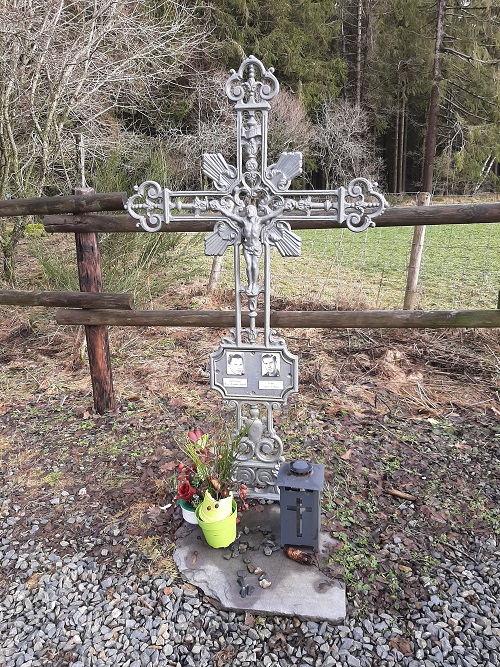 The Hasselpath Memorial Site is located North East of Rocherath. It contains remains of foxholes and forest bunkers who were occipied by German and American troops.

The site was dedicated on 13 May 13, 2000, inpresence of American and German veterans who belonged to units involved in the battle as well as official representatives of the Belgian, American and German governments.
It will be a place of remembrance and mediation a symbol of peace and reconciliation beyond any frontier, any dugout and any grave.

Request to the visitors of the protected site:
While visiting the site, please remember the events of that battle and the pain and the death of so many young soldiers it has generated. Take the opportunity to think and find a way where you personally could act for a reconciliation between people. Thank you."


Information about this area

In the fall of 1944, the Ardennes front became quiet and static. The 99th US Infantry Division, about 10.000 young and inexperienced soldiers, nicknamed  the battle-babies", spread across a frontline between Lanzerath and Monschau. They suffered from rain, snow and cold. This particular district was occupied by parts of the 395th Regimental Combat Team of the 99th Infantry Division. The command post was in a hunters lodge named  Sam Suphy", a distant from about 300 yards from here.
On 13 December 1944, they crossed Hasselpath (hill 621 and 627) and Wahlerscheid (the "Heartbreak" crossroad), to attack the Roer-dams.

On the 16 December, the Battle of the Bulge began. The area between Losheim and Hasselpath was the main target of German troops trying to reach the roads leading to Elsenborn and Liège. The fierce combats took many lives on both sides, but Rocherath- Krinkelt was held until all US troops from Hasselpath and Wahlerscheid had withdrawn to the Elsenborn Ridge, where a new defensive front line was established.

As a result, German troops occupied the Rocherath forest and this particular area became the position of the 1st Battalion, Regiment 989 of the 277th Volksgrenadier Division. From here, they launched many attacks towards the Elsenborn ridge, to not avail. Numerous wounded German soldiers and wounded American prisoners as well, visited this first-aid camp, before being evacuated to Kloster Steinfeld. Many of them died here as well, demonstrated by the many graves found around the hunters lodge. 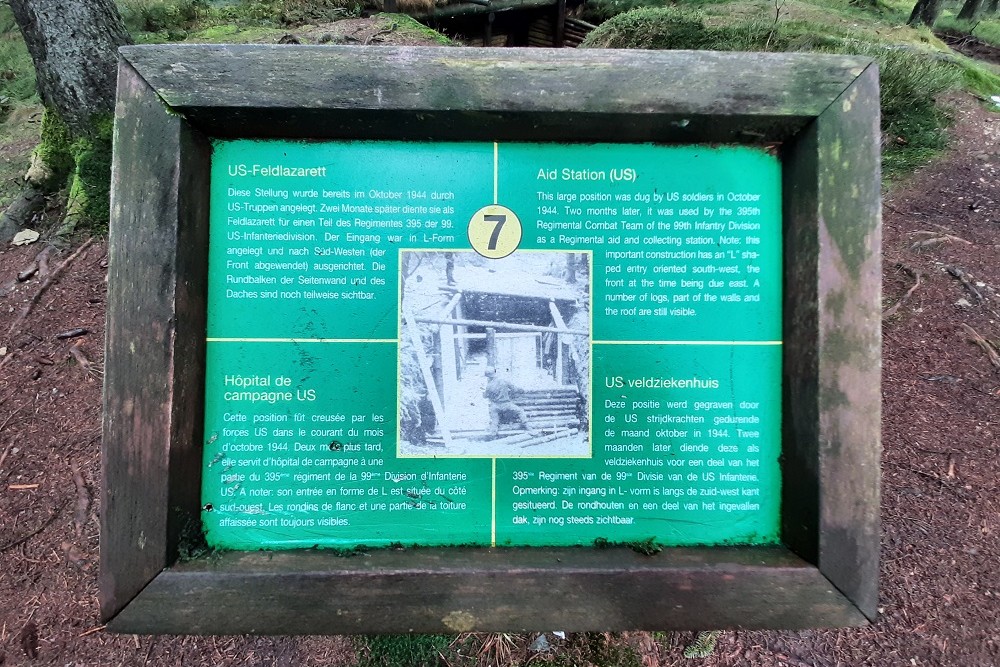 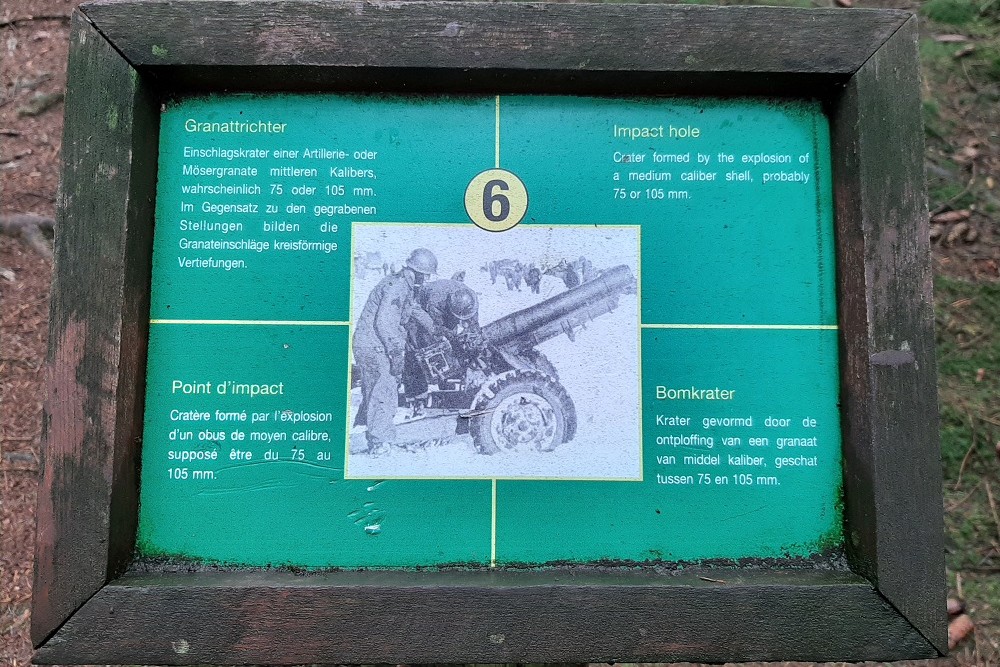 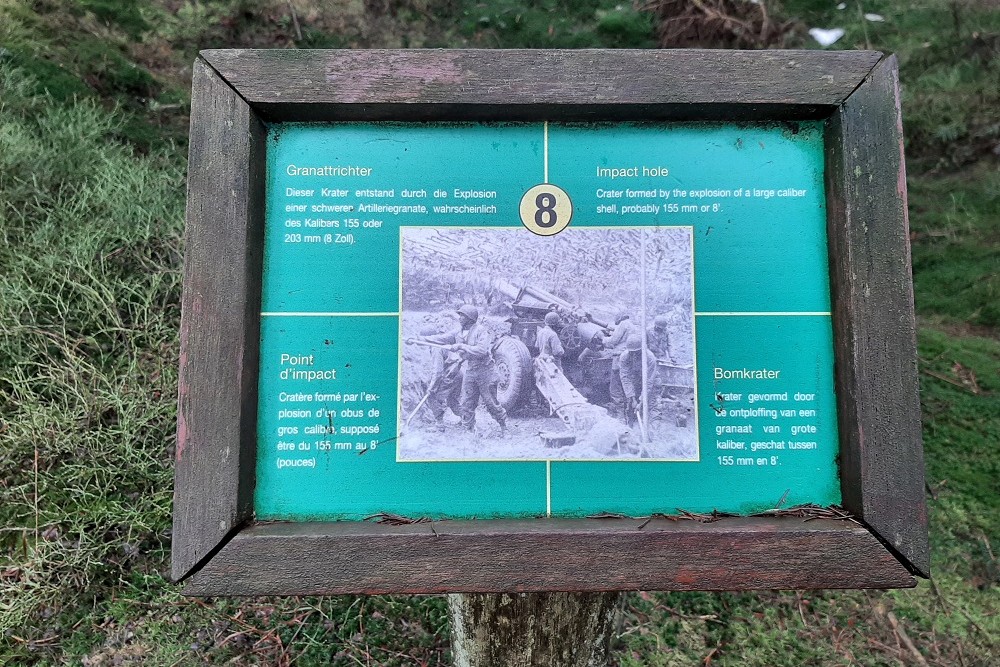 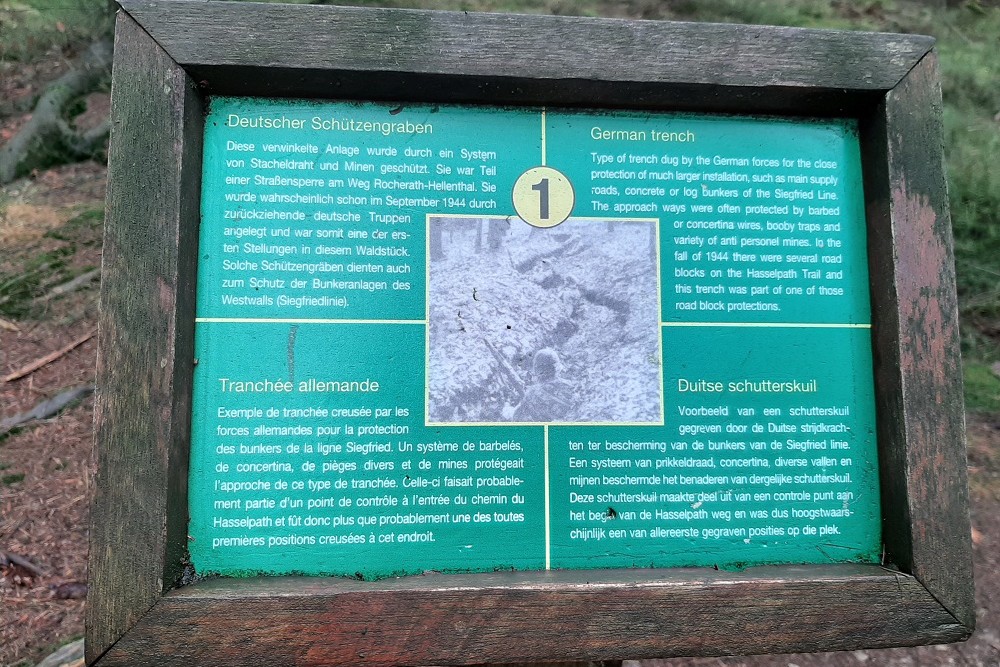