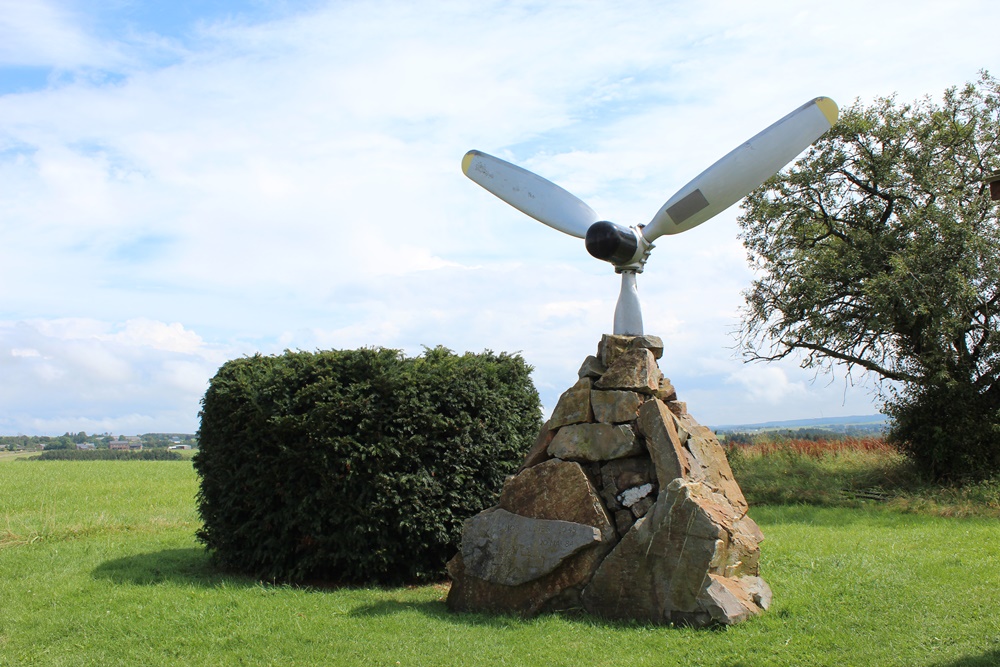 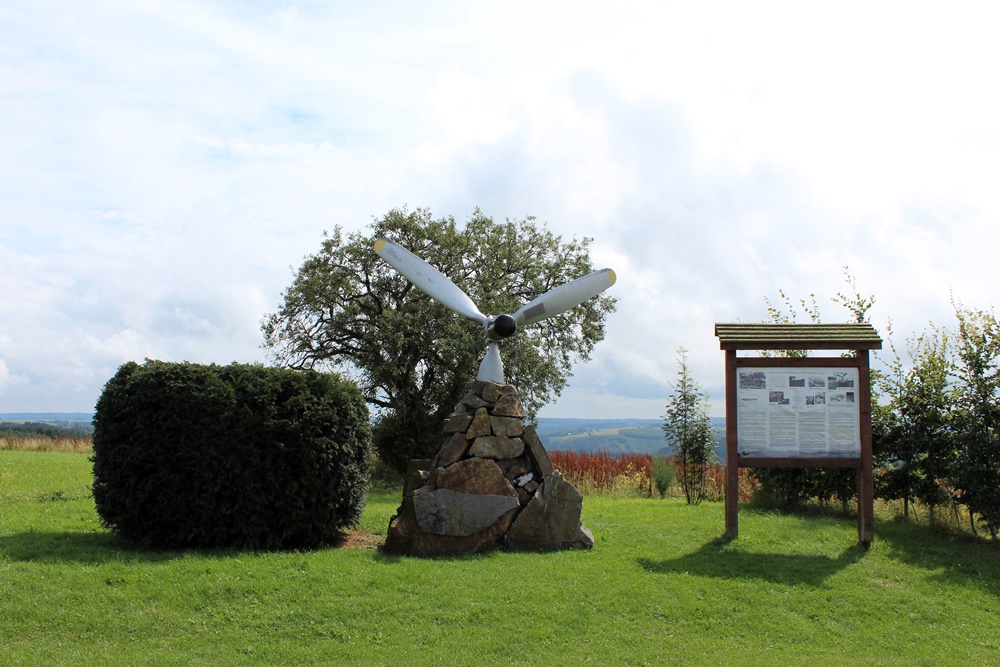 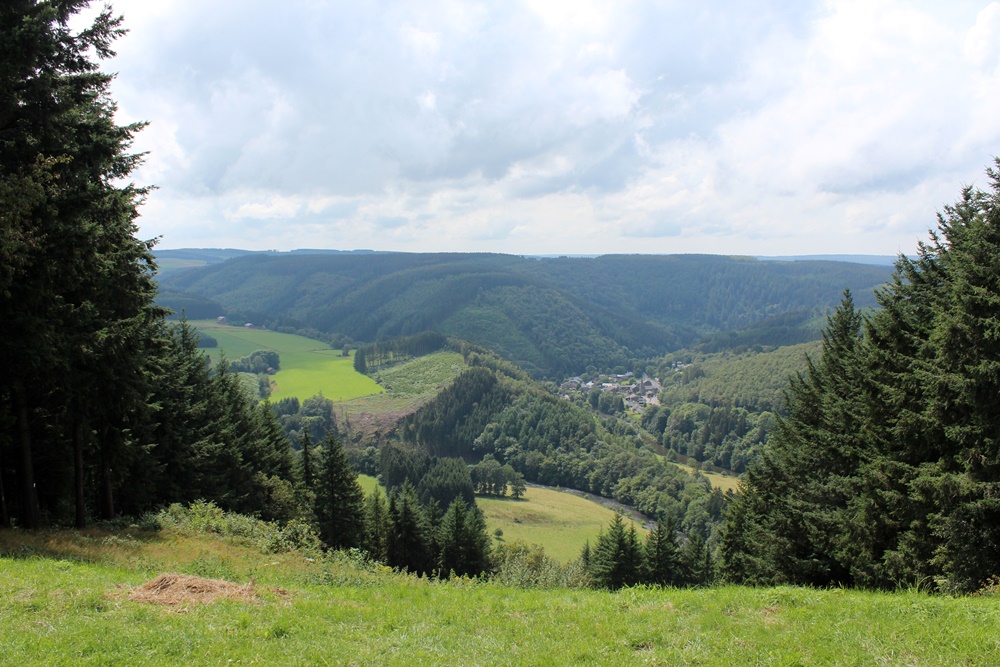 This memorial commemorates the liberation of the area by the Allies, but especially the crash of the B-17 bomber "The Joker". This bomber crashed on the mountain "Les Crestelles". The place can still be found by following the small road opposite this monument. The view over the village of Maboge and the valley of the Ourthe is magnificent. Although that view was created by the B-17.

On April 13, 1944, "The Joker" was attacked after an attack on a ball bearing factory in Sweinfurt. Sergeant James Young was killed and the plane was badly damaged. The other crew members jumped out of the plane between Vielsalm and Bérisménil. Young is buried at Saint-Avold American Cemetery.

The bomber's original propellors were still available when the monument was erected, but unfortunately were quickly stolen. The Belgian Air Force then made this propeller available, probably from a C-47 Skytrain.

In the village of Bérisménil you can also find the Museum History 44 that pays attention to the crash of this bomber. The entire Battle of the Bulge is also treated there.