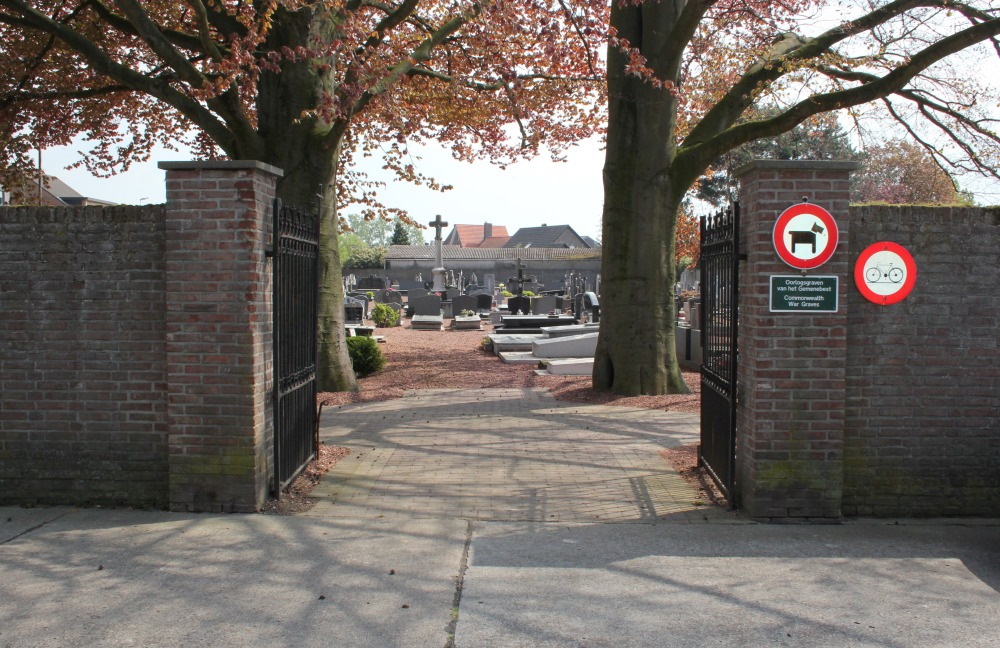 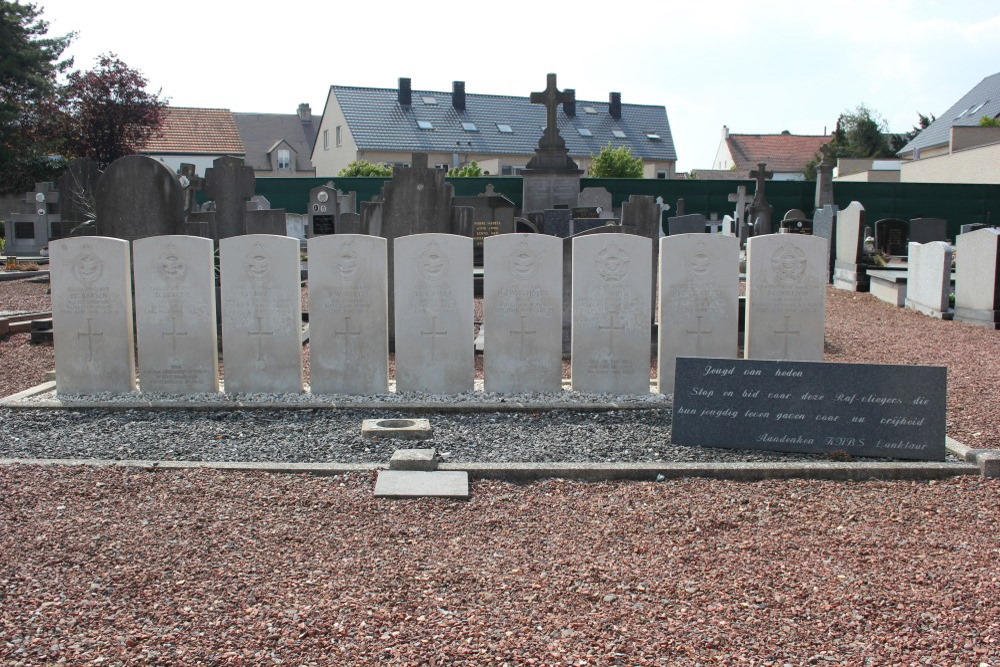 The old municipal cemetery in Lanklaar, Municipal Dilsen-Stokkem, contains nine Commonwealth War Graves. These are the graves of two Lancaster bombers crews who crashed on the same day.

On June 21, 1944 at 2258 departed from Dunholme Lodge airfield in England, the Lancaster ND552 with the mission: a bombing raid on the synthetic oil plant at Wesseling (just South of Cologne) in Germany. The aircraft was part of a formation of 133 Lancasters and 6 Mosquitos. 37 aircraft were lost during this raid, a very high loss rate, one of the highest during the war. Also Lancaster ND552 was lost after an attack by German night fighters, it crashed in a Coal Mines site near Lanklaar. All (mentioned above) crew members lost their lives, they are all buried in this cemetery.

Like the aforementioned Lancaster, Lancaster LM434 departed from Dunholme Lodge airfield in England on June 21, 1944, at 2255, just three minutes earlier as Lancaster ND552. The aircraft was shot down by the German night-fighter Major Heinz-Wolfgang Schnaufer and crashed in a Coal Mines site near Lanklaar. Two of the crew members died in the crash, they are buried in this cemetery. Of the remaining four crew members, four were taken prisoner of war by the Germans and one managed to escape.