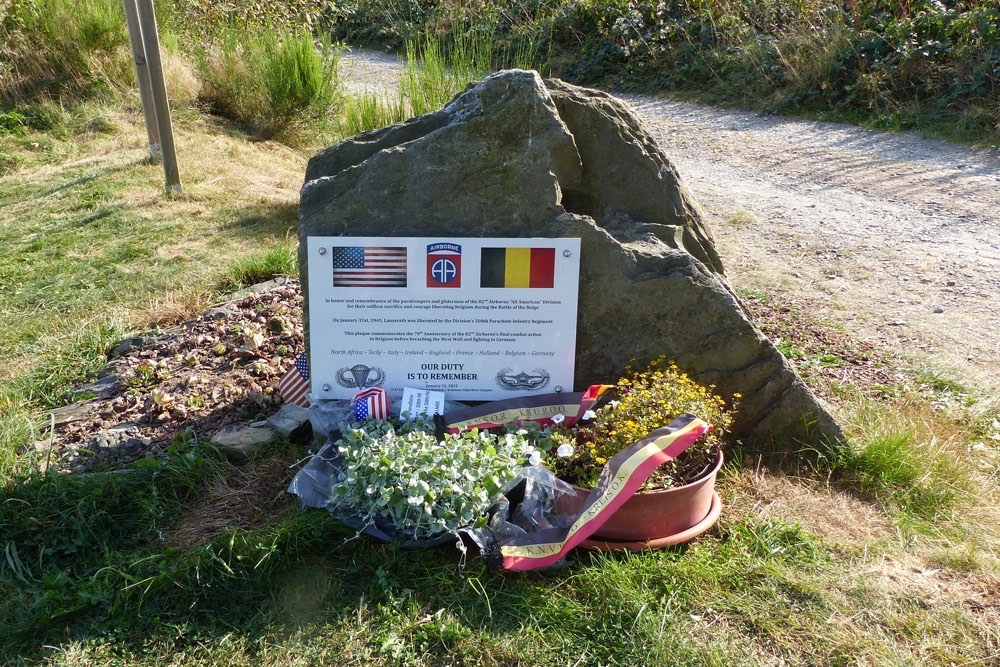 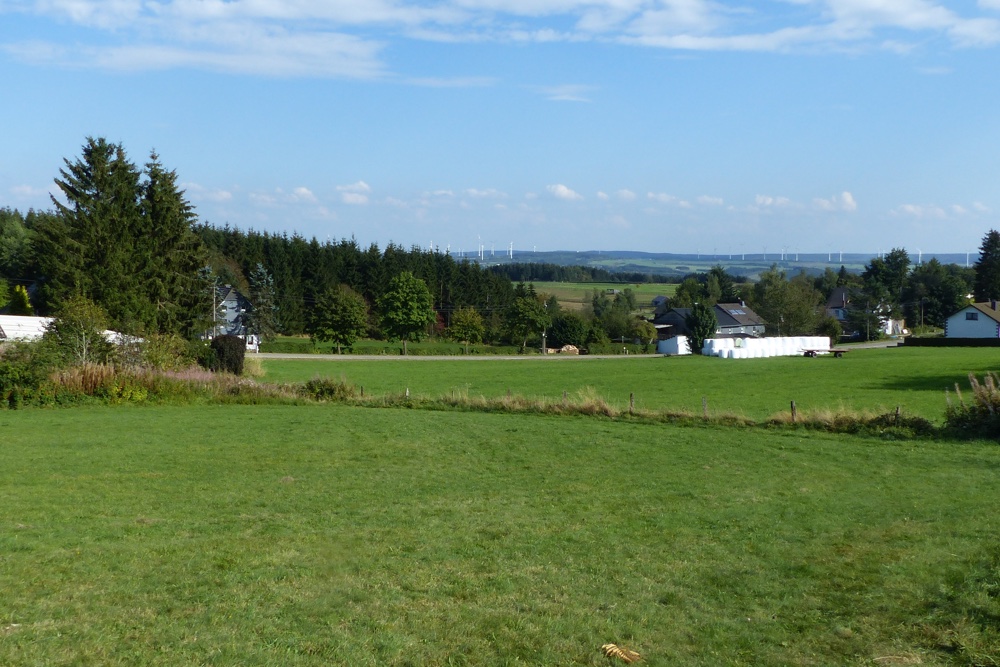 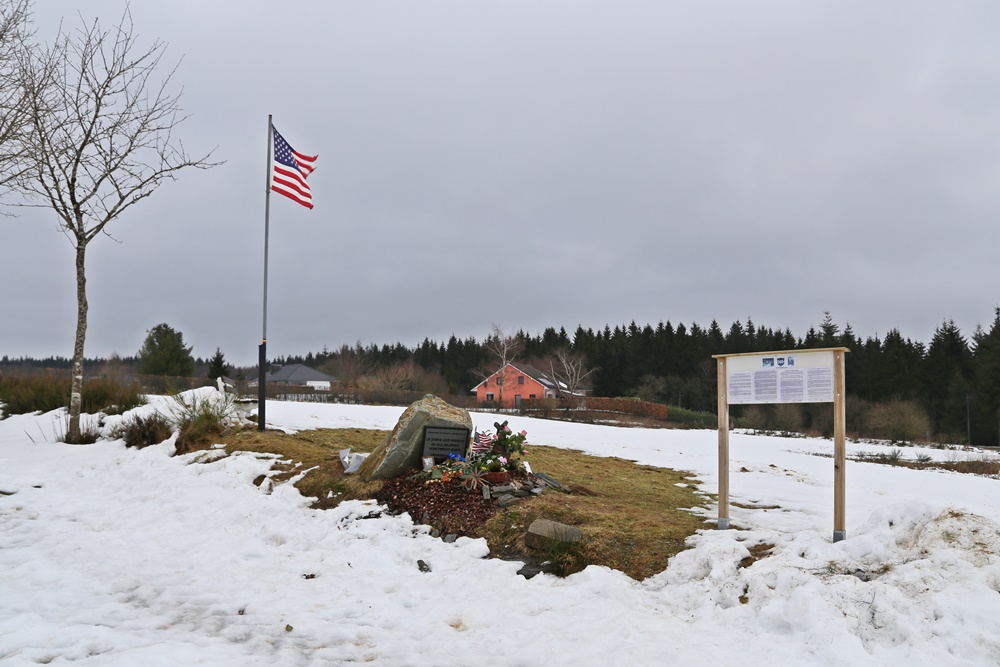 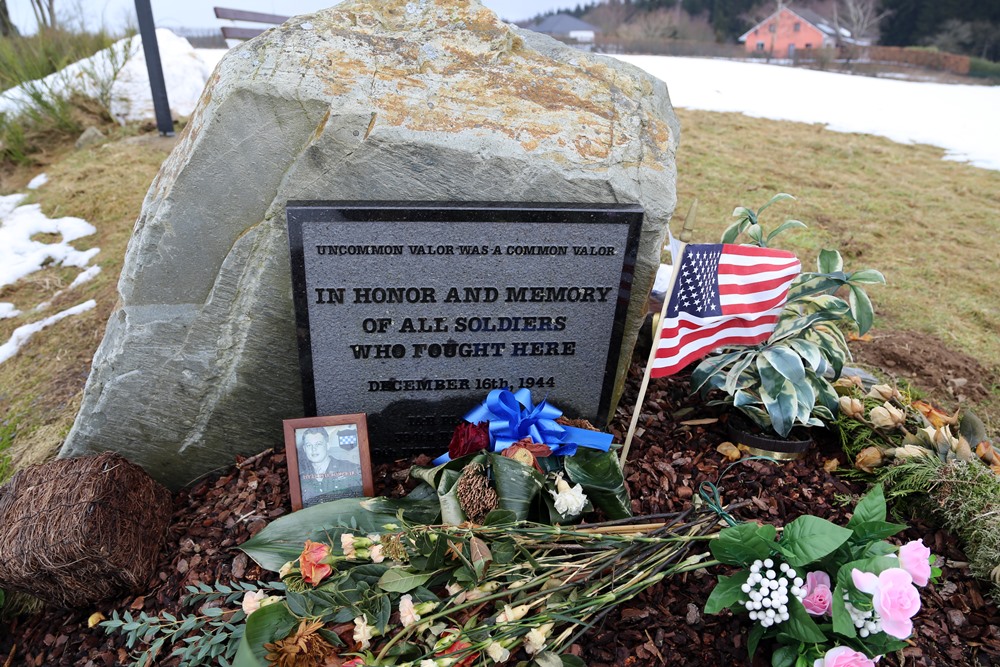 Lanzerath is a small hamlet which is part of the former municipality of Manderfeld, which on its turn is part of the German spoken community of Büllingen in the province of Liège in Belgium.

The village is situated in a wonderfully rural area and is being surrounded by villages and hamlets of the upper Our valley, which is a part of the Hoge Venen Eiffel (the higher moors of the Eiffel mountain range).

On December 16th, 1944 this was the spot of the 18 men strong Intelligence and Reconnaissance Platoon of the 394th Infantry Regiment, 99th Infantry Division under the command of the 20 year young Lieutenant Lyle Bouck jr.. They had arrived at this place on the 10th of December and were taking their positions on a hilltop in the most northerly part of the "Losheim Gap".

Early in the morning of December 16th , in an icy winter landscape, the Germans opened artillery fire at 05:30 which lasted until 07:00 am. The barrage was not very efficient nor devastating for the positions of the I&R Platoon but nevertheless deafening and very frightening. Furthermore the men of the reconnaissance platoon watched the withdrawal of a tank unit of their own which was positioned nearby and Lieutenant Bouck received the order by radio to defend their own positions at all cost.

The battle that ensued was one of unequal strengths. Nevertheless the small American platoon, with the support of four soldiers of the observation team (Lieutenant Warren Springer) of the 371st Field Artillery Batallion, 99th Infantry Division, succeeded to resist during the whole day three German attacks of the about 500 men strong battalion of the 9. Falschirmjäger Regiment of the 3. Fallschirmjäger Division. Therewith they delayed the advance of the German attack with 18 hours and left about 60 wounded and dead paratroopers behind on the battle field. The resistance of the platoon was only broken when they ran out of ammunition, many were wounded and the radio was destroyed. Lieutenant Bouck only then gave up and surrendered to the enemy. They survived the war as POWs. Only much later (in April 1979) the members of this reconnaissance platoon received the recognition their courage deserved and which had them decorated.

The monument at the hilltop was unveiled on May 12th, 2005, in memory of the courageous soldiers that fought in this area. 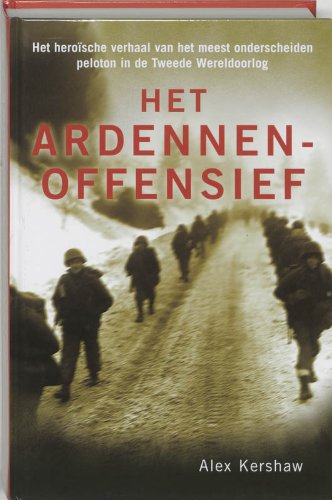 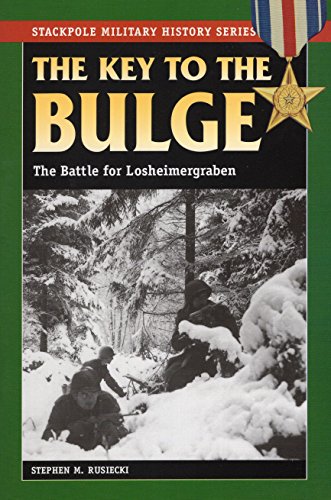