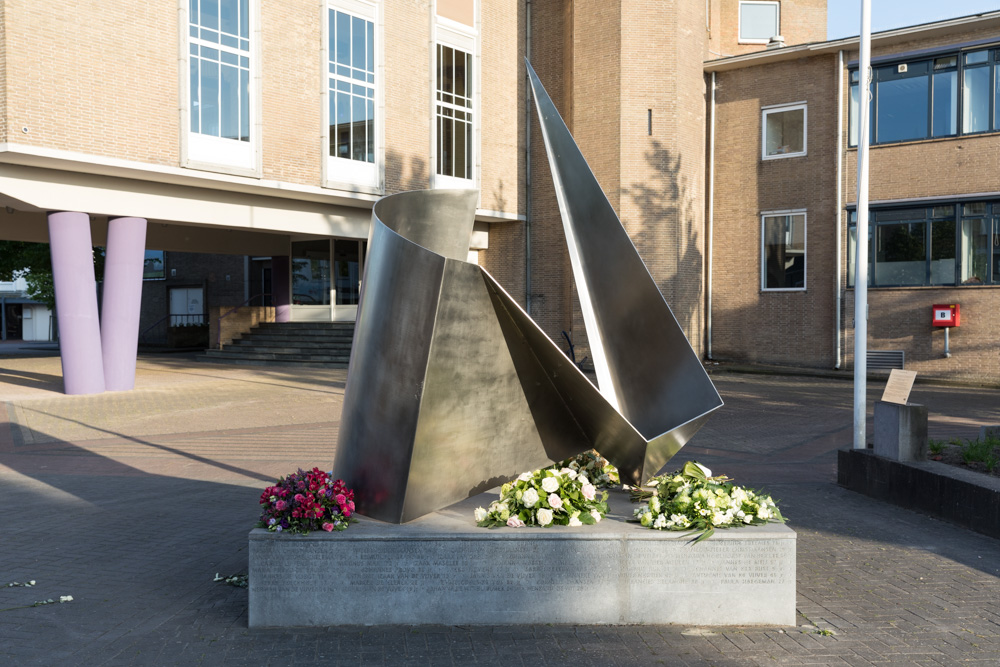 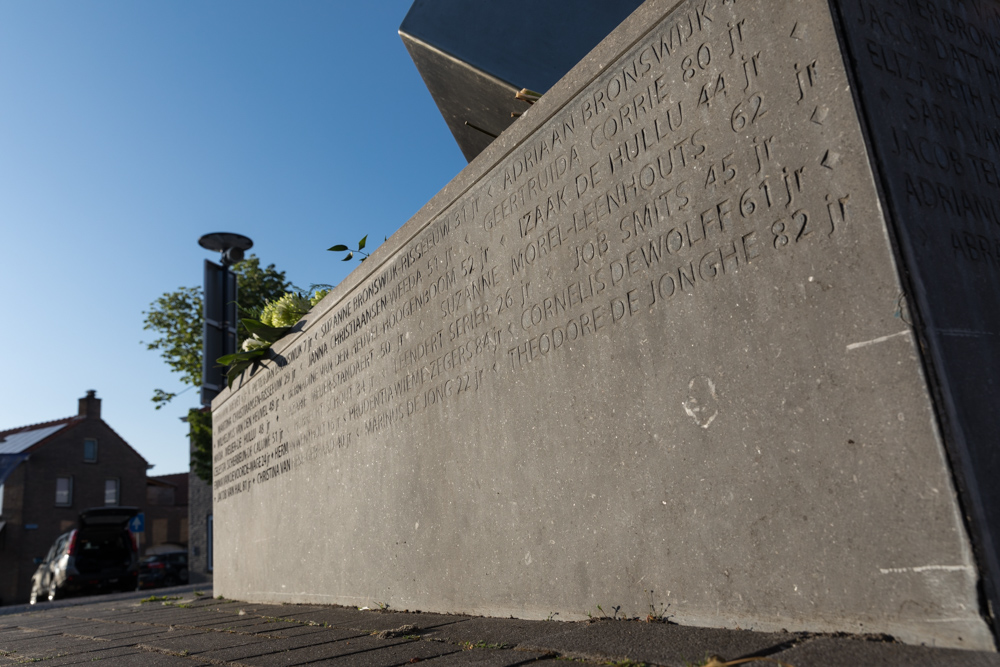 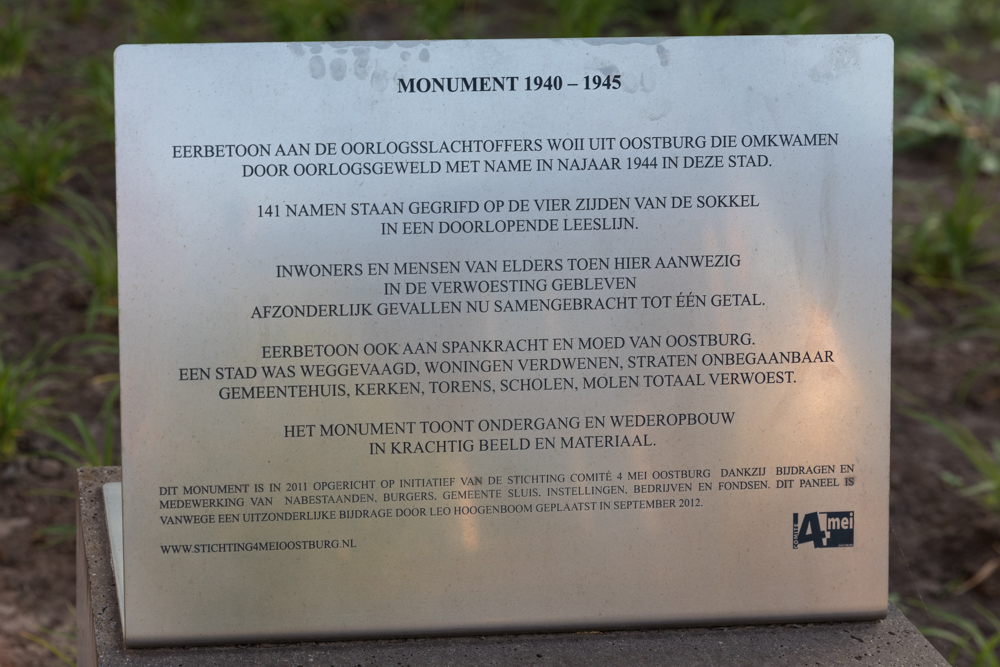 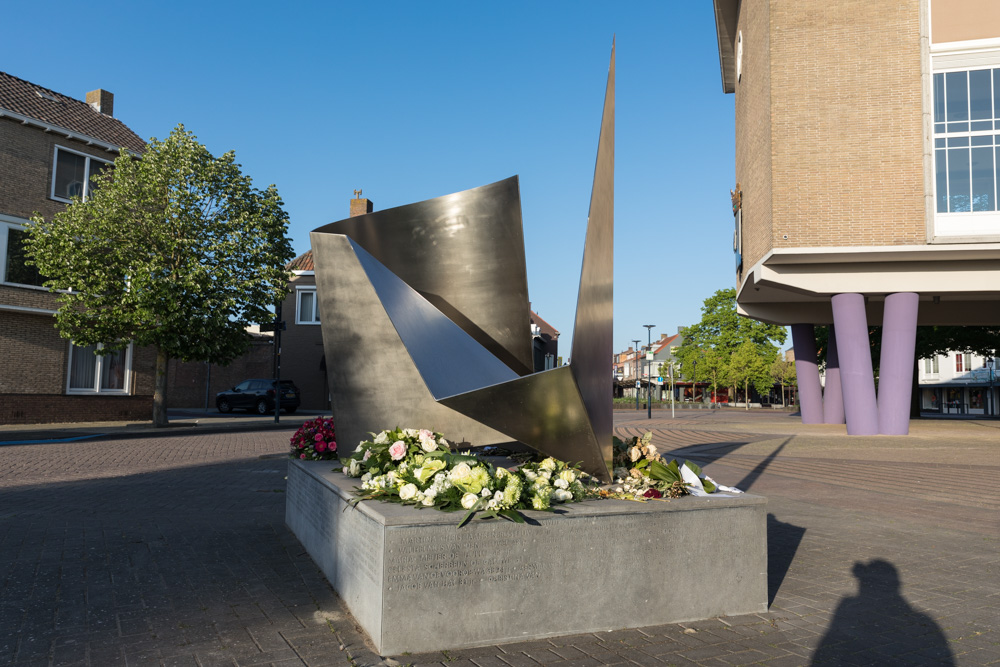 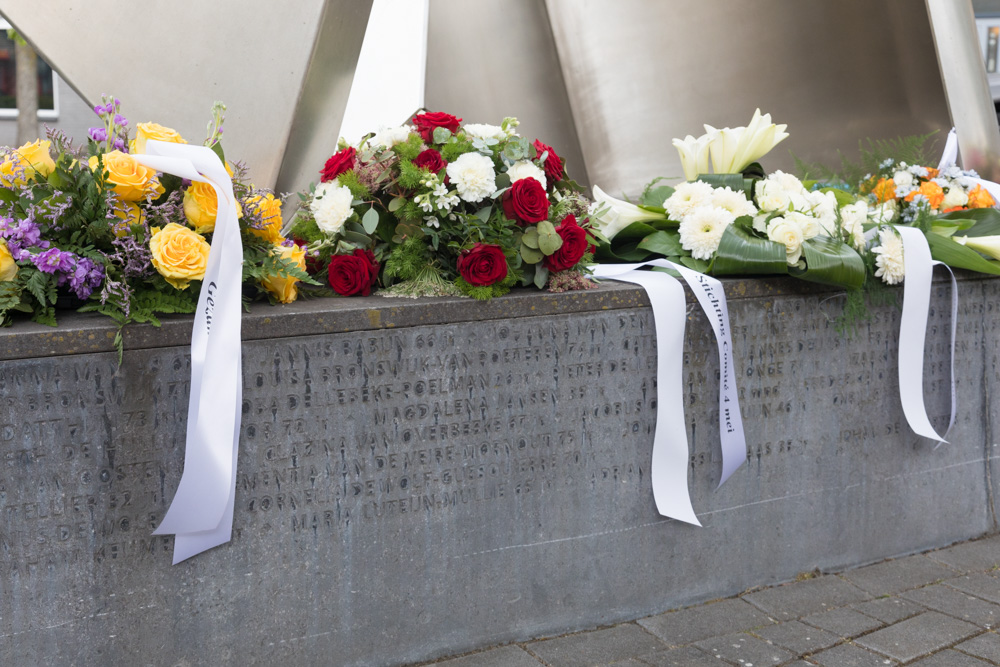 A monument to the (forgotten) destruction of Oostburg in October 1944 with 141 names that are now known of the Oostburg war victims. Killed during the bombings and residents of Oostburg who lost their lives elsewhere due to war acts. A more visible monument in front of the town hall and as a replacement for the monument in Oostburg cemetery where not all victim names are listed.
Unveiled in 2011.

The monument stands on a square pedestal with names engraved on all four sides.
On top of the plinth is the text:
Victims from the then municipality of Oostburg died as a result of war violence May 10, 1940 - May 5, 1945 [/ i]

After all victims were known, a plaque was placed on a plinth opposite the monument with the explanatory text:
Monument 1940 - 1945.
Tribute to the WWI war victims from Oostburg who died
by war violence especially in the autumn of 1944 in this city.
141 names are engraved on the four sides of the plinth
in a continuous reading line.
Inhabitants and people from elsewhere then present here
remained in desolation
individual cases are now combined into one number.
Also a tribute to Oostburg's strength and courage.
A city had been swept away, houses disappeared, streets impassable
town hall, churches, towers, schools, mill totally destroyed.
The monument shows demise and reconstruction
in powerful image and material.
This monument was erected in 2011 on the initiative of the Committee 4 May Oostburg Foundation thanks to contributions and cooperation from relatives, citizens, the municipality of Sluis, institutions, companies and funds. Due to an exceptional contribution, this panel was placed by Leo Hoogenboom in September 2012. [/ i]