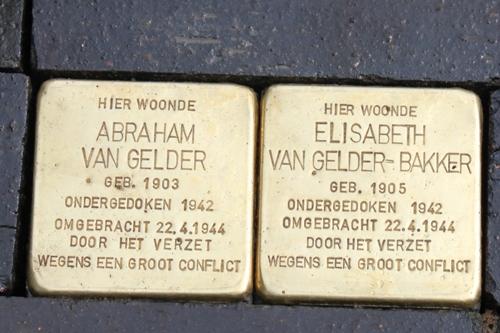 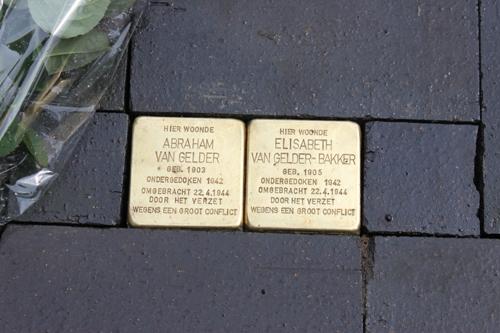 These memorial stones (so called Stolpersteine of stumbling blocks) commemorate Abraham en Elisabeth van Gelder-Bakker, murdered by the resistance because of a large conflict.