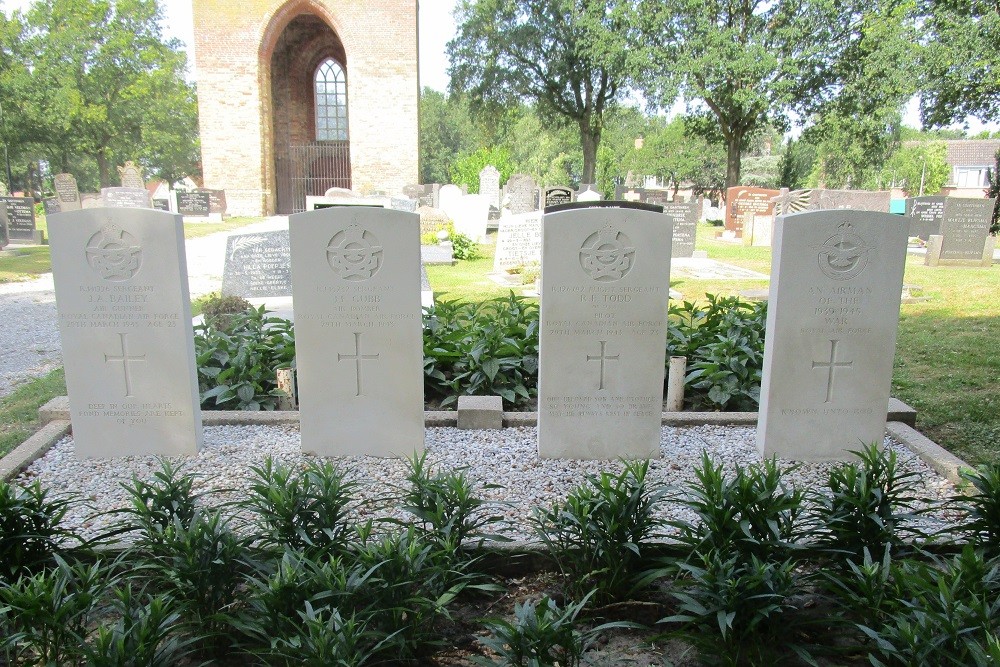 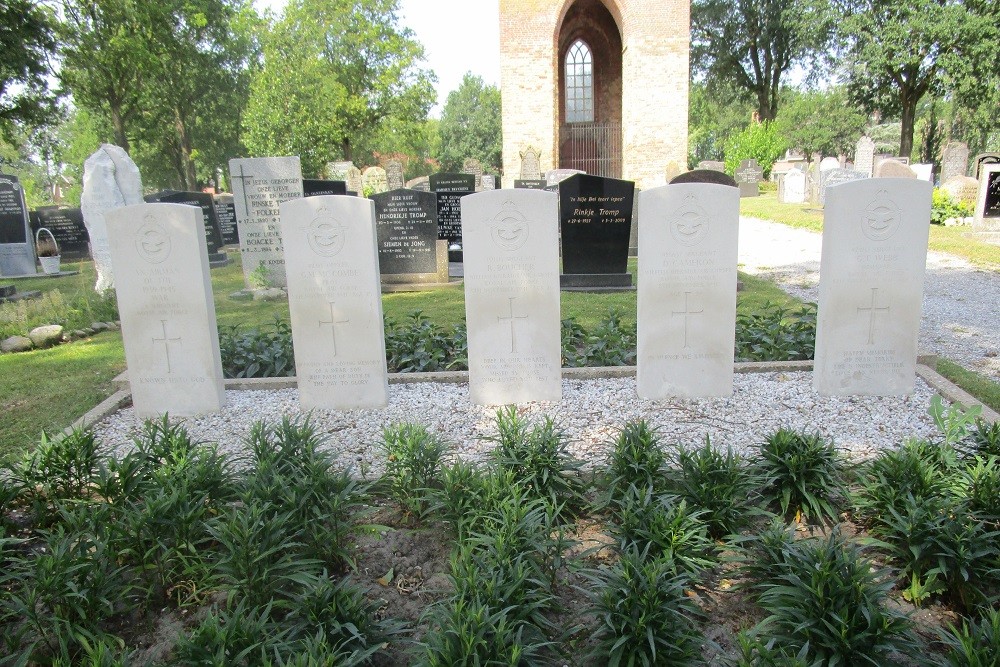 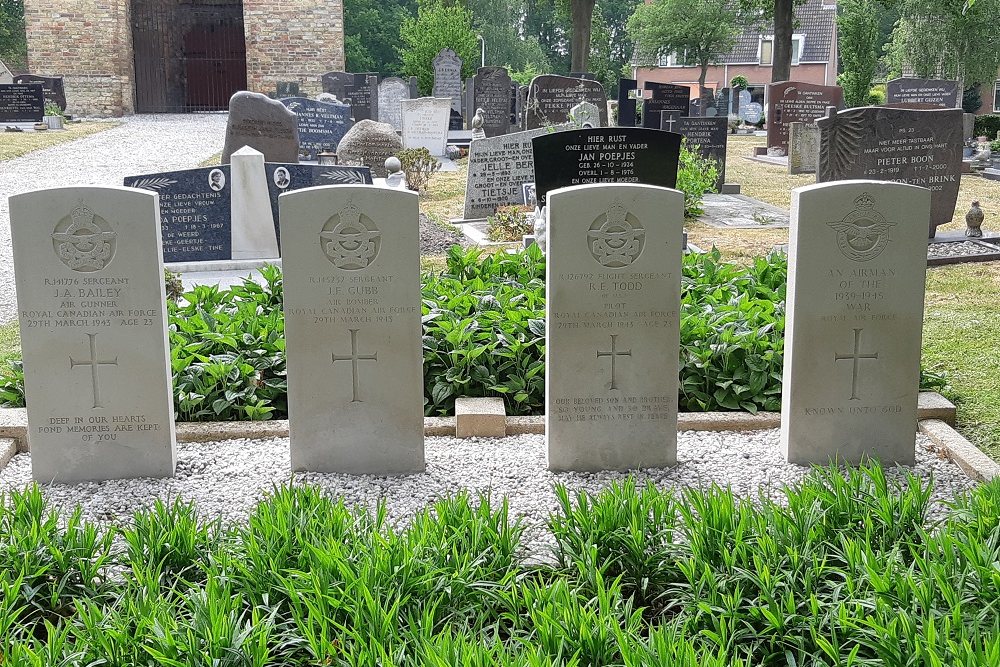 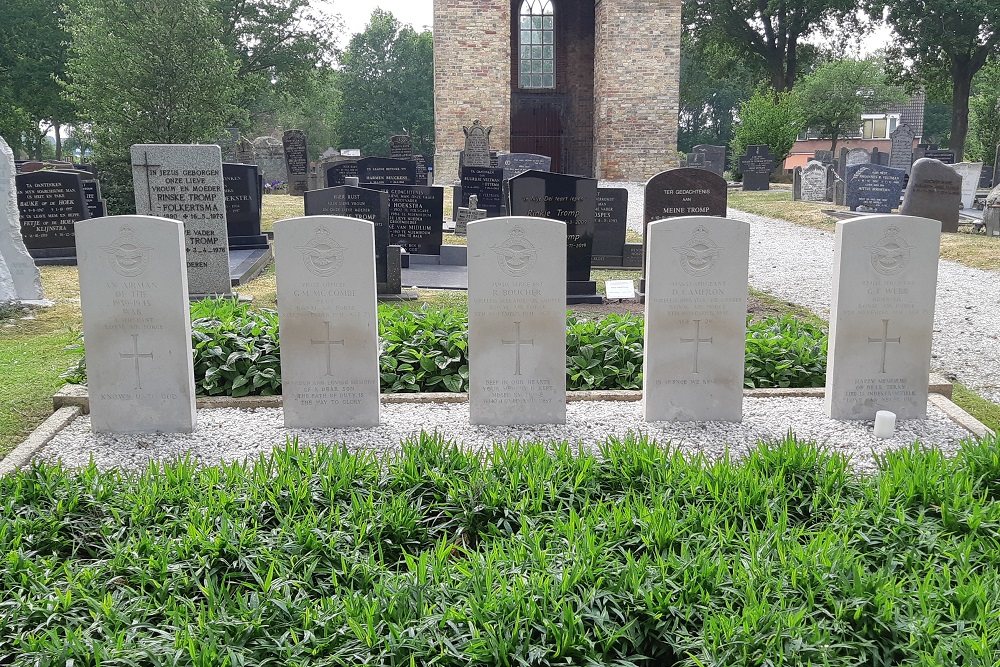 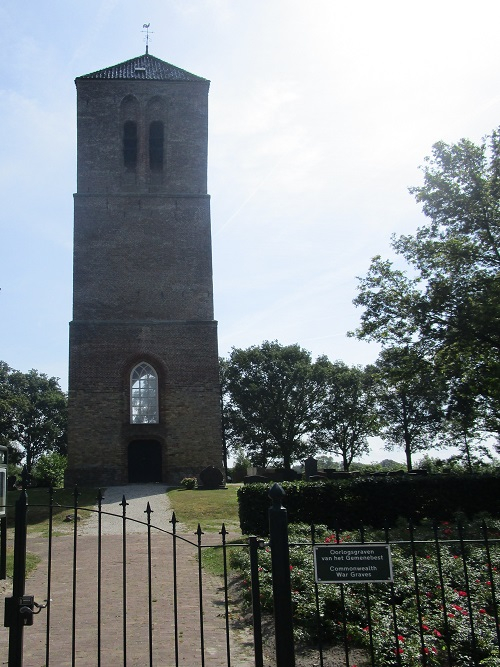 On Nijemirdum General Cemetery are the graves of nine airmen, six of whom came from the United Kingdom while three belonged to the Royal Canadian Air Force. Two of the former are not identified.

On November 8, 1941, a Whitley bomber, the Z6948 of the 78th Squadron, was attacked by a German night fighter, causing the first aircraft to crash between Oudemirdum and Nijemirdum in southwest Friesland. The 5 crew members were killed. Four crew members are buried here. One member of the crew, Sergeant Bell, was found near Lemmer on November 19, 1941, and is located on the Lemmer court of honor.

On March 29, 1943 a Wellington Bomber, the BJ 762 of the 426th Squadron, was attacked by a German night fighter. The Wellington ended up in the Sondelerleien, a nature reserve near Sondel in Gaasterland. Three members of the crew died. They were buried in the general cemetery of Nijemirdum. The two others were taken prisoner of war.

The names of the airmen in this cemetery are: