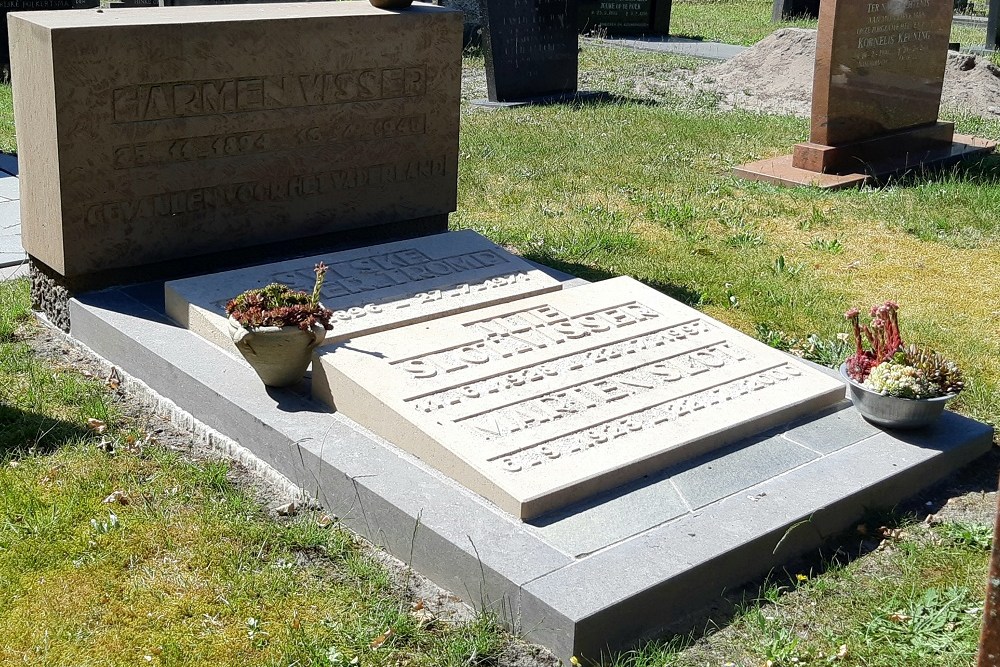 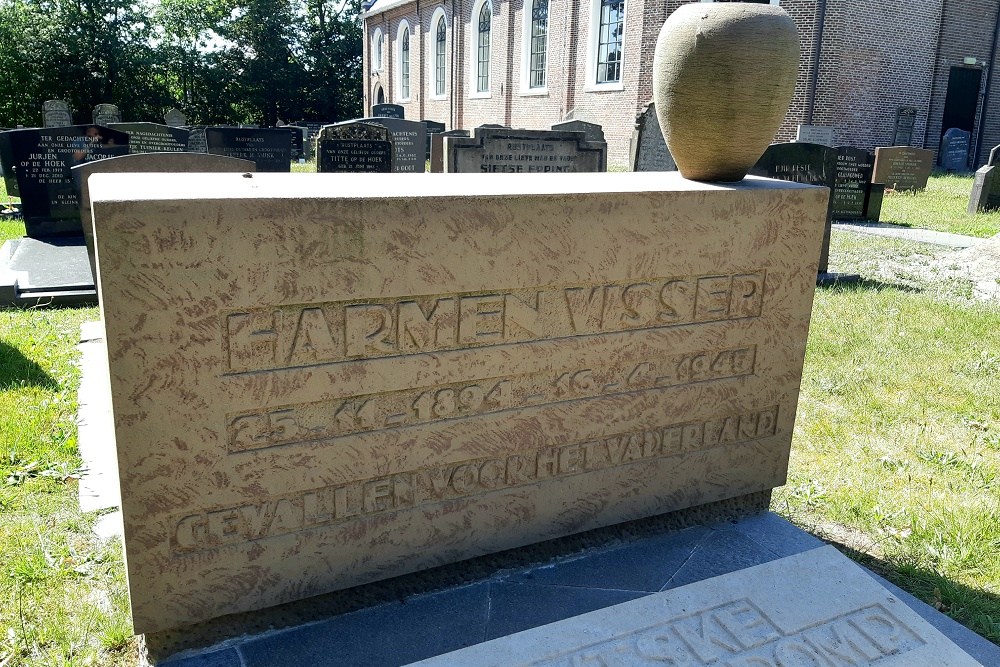 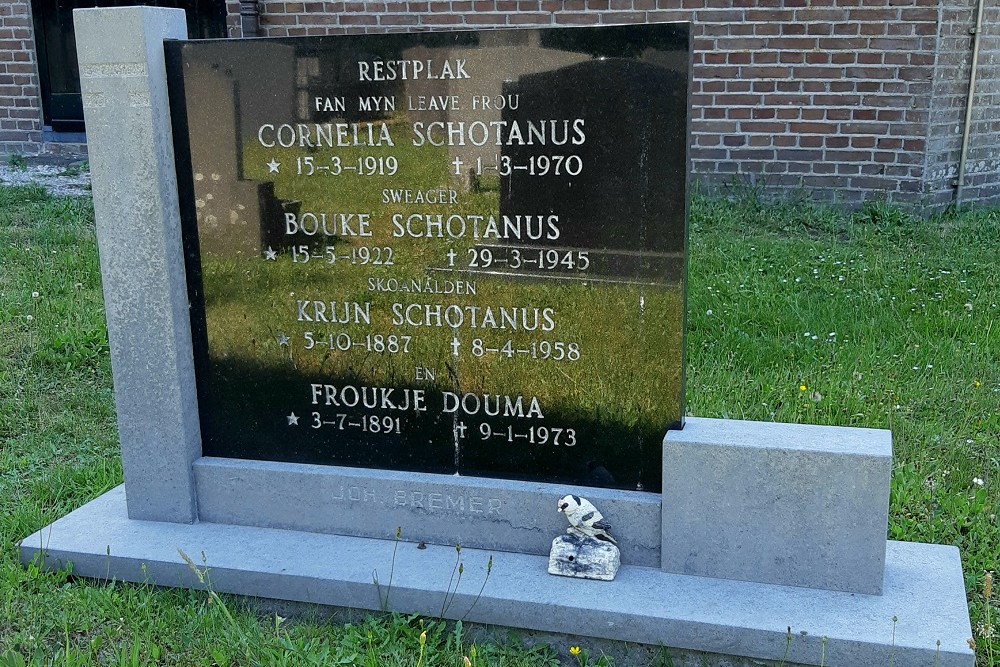 This is the grave of the resistance fighter Harmen Visser, who was a policemen. He was killed on 16 April 1945 in a fight with Dutch SS-troops.

There is also the War Grave of Bouke Schotanus, died on 29-03-1945 during the Second World War.