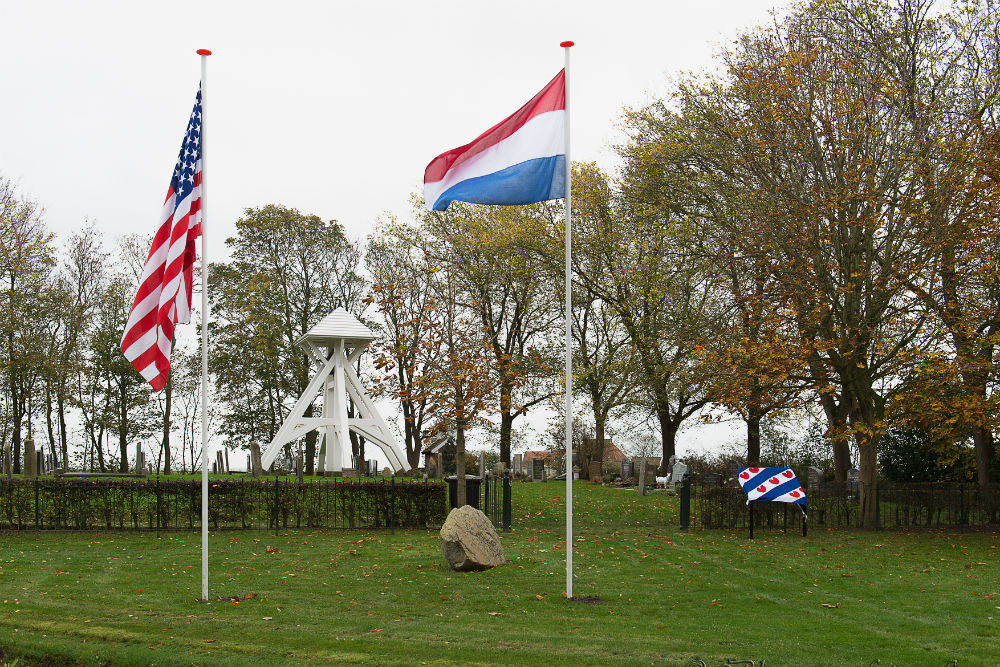 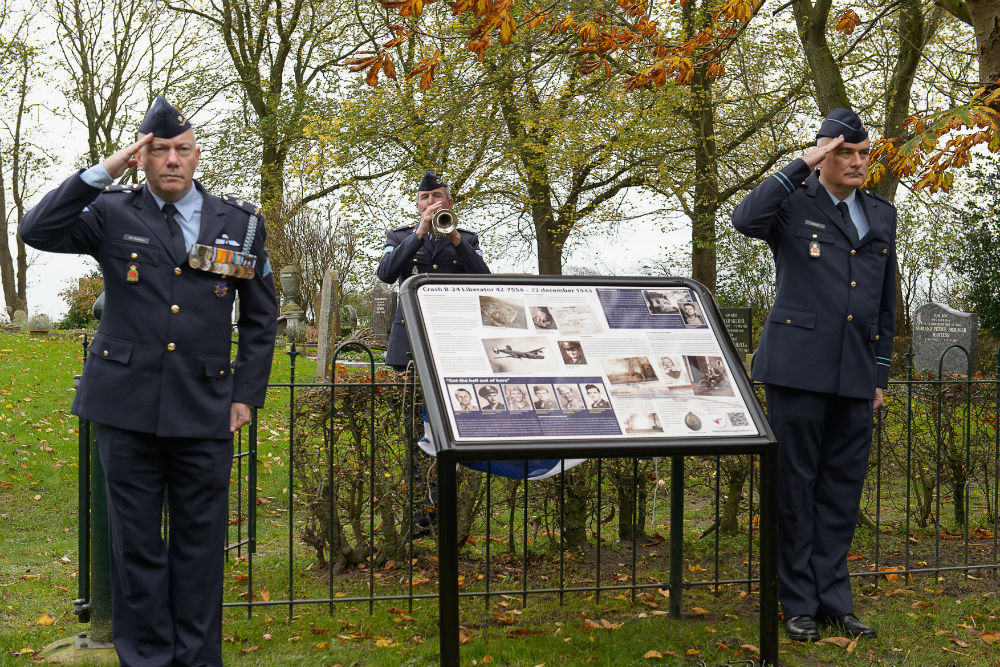 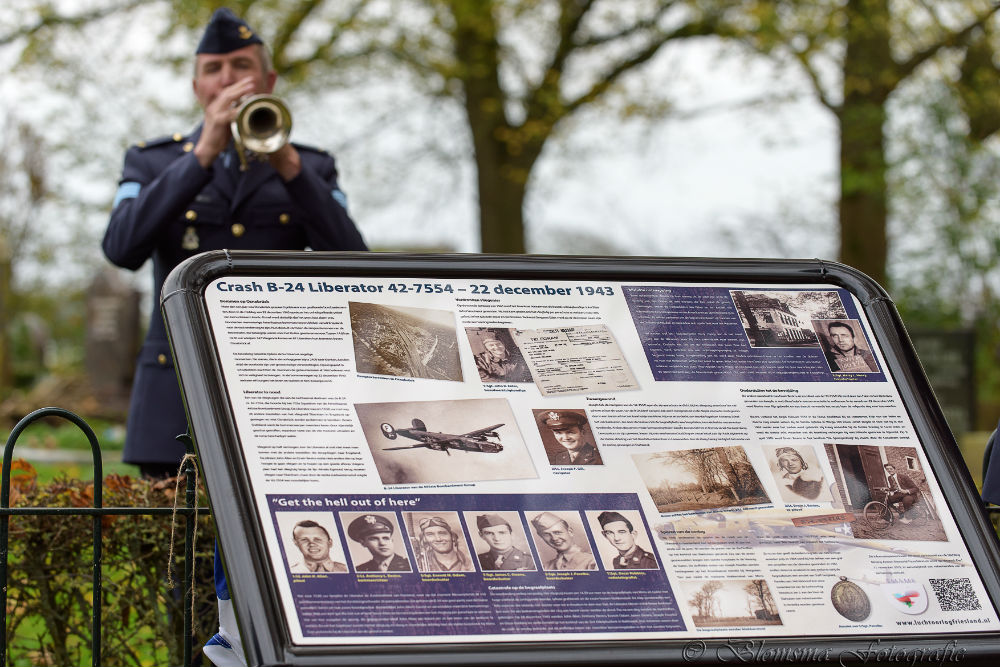 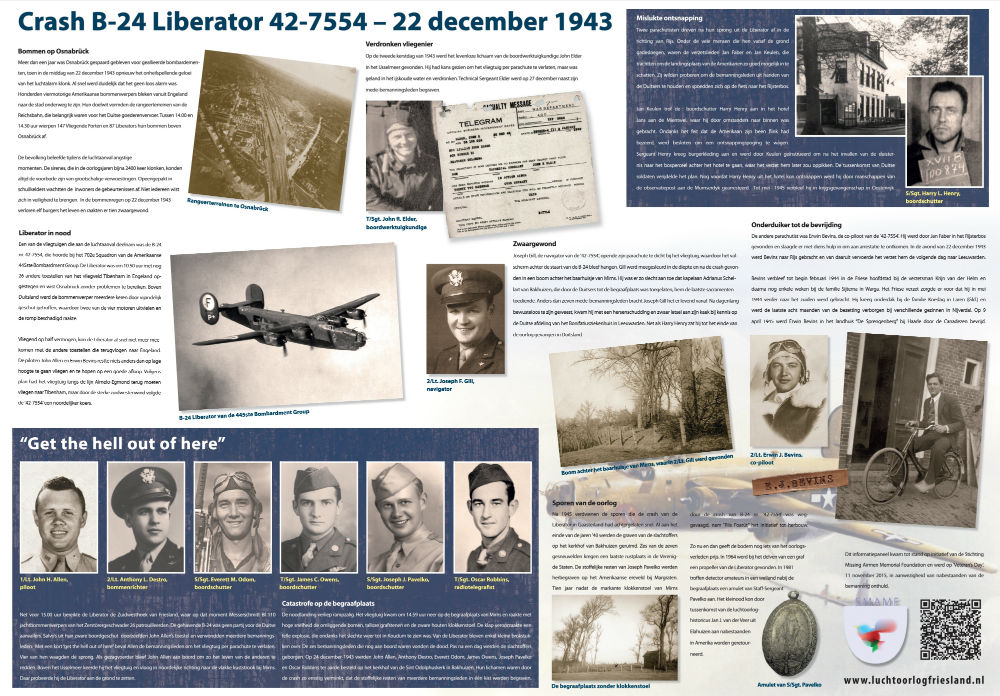 On the morning of the 22th December, 1943 a B-24 Liberator bomber (42-7554) lifted off from the English air base Tibenham, Norfolk. The 27 bombers that day had German railroad tracks as targets, near the city of Osnabrück.

On the flight back to England the B-24 got hit near the engine by AA guns. Over the Dutch province of Friesland the bomber furthermore got attacked by German fighter planes. The descent was started and the pilot managed to get the plane down near the village of Mirns. The plane came down on the local graveyard, where gravestones, trees and more got hit. Only 3 air men survived the crash.