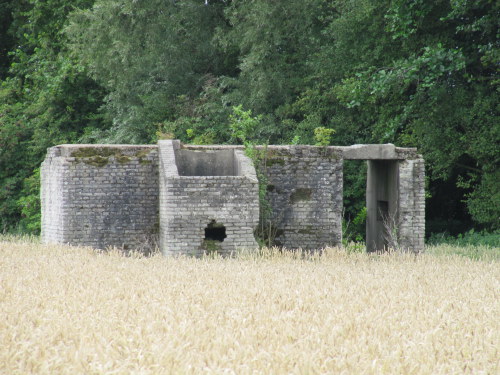 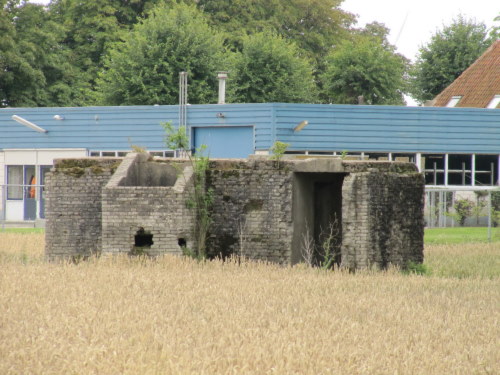 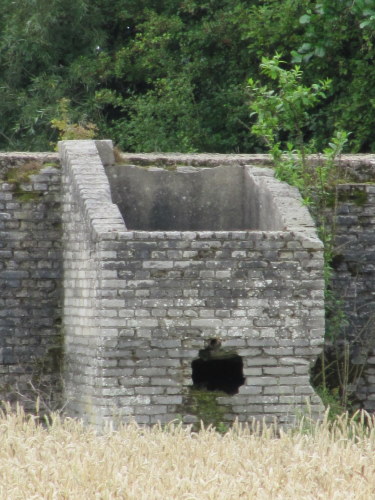 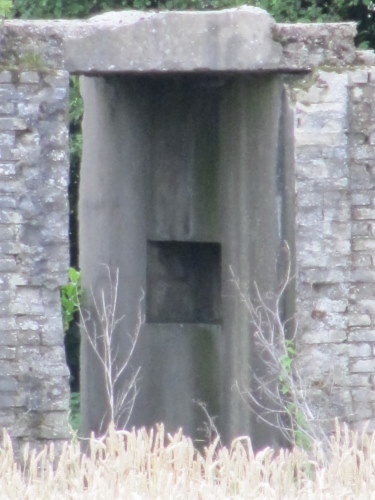 On the grounds of a former farm are remains of a simple fire control and observation point of Stp. Rhoon. The former farm is now an office of Zeeland Seaports.

The site is not accessible to the public.
The pictures are taken from the Akkerweg and show the second bunker of
Stützpunkt Rhoon. A simple brick built bunker with a poured concrete ceiling.