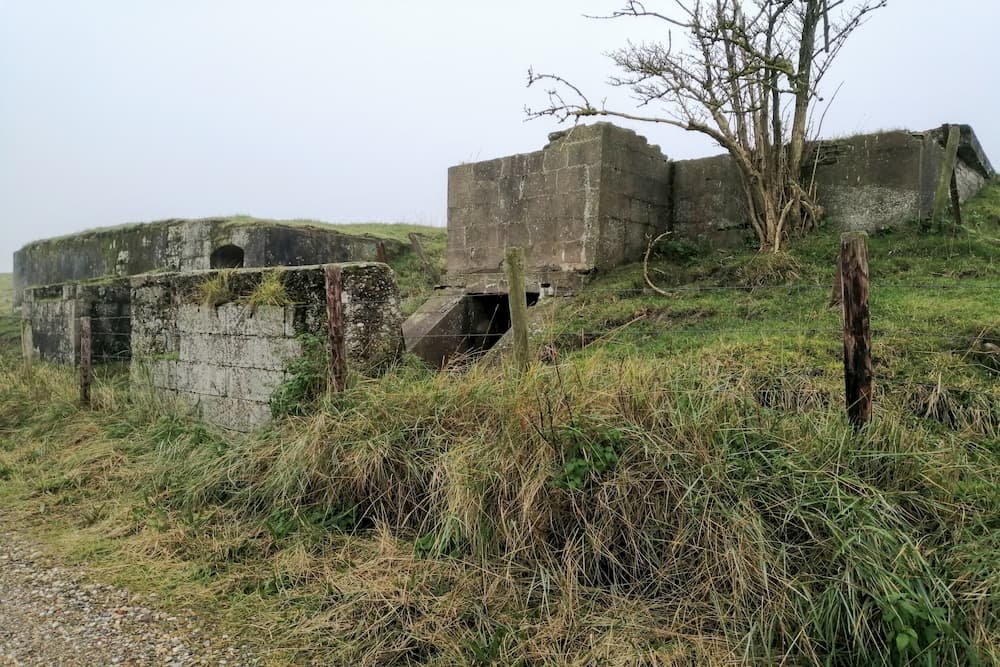 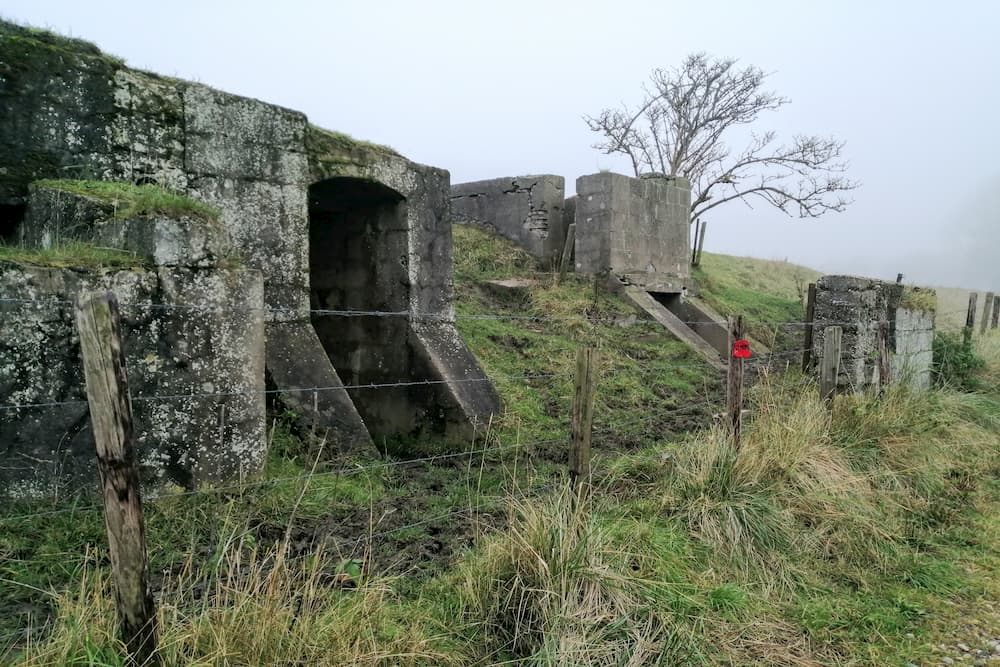 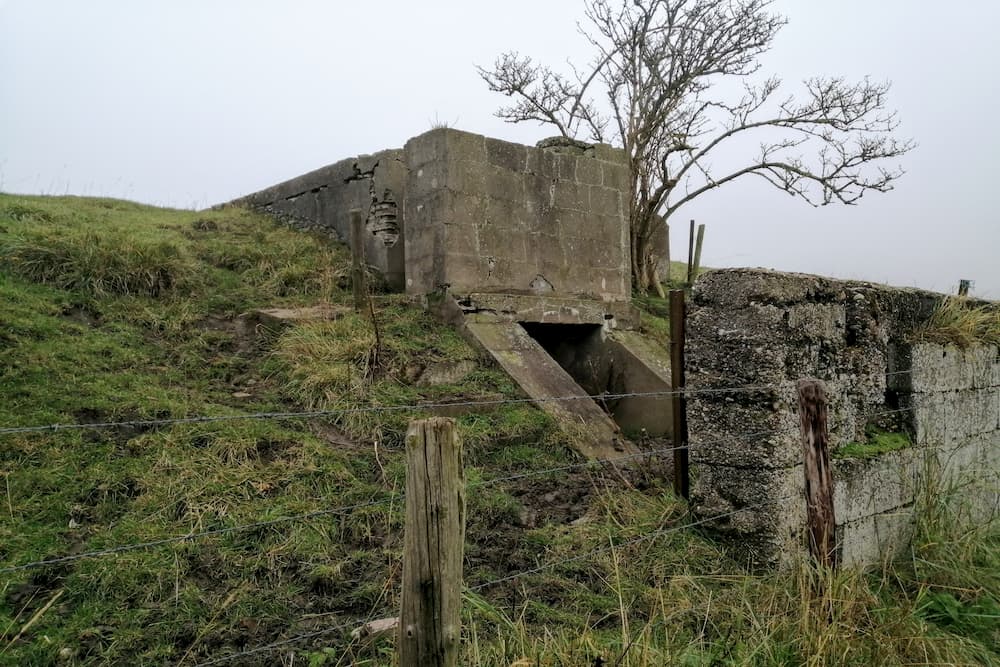 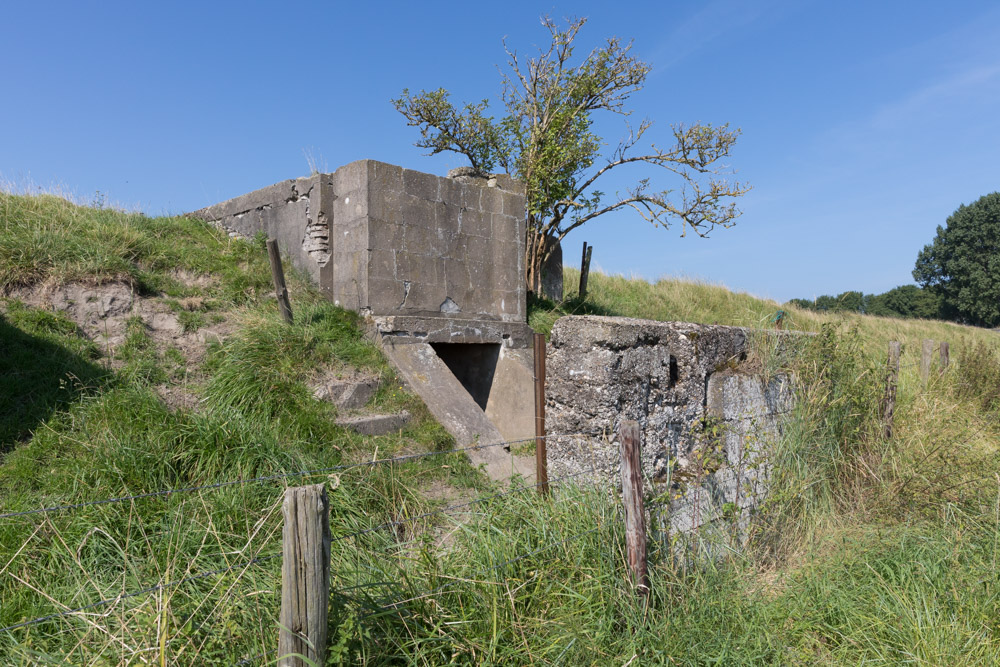 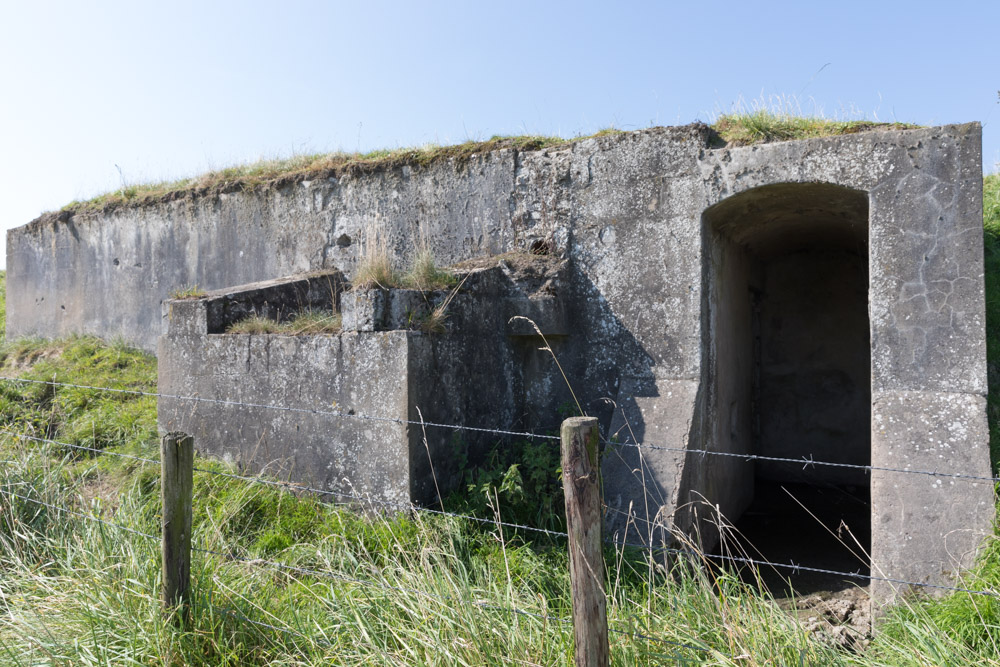 One of the two bunkers in Stützpunkt Scharnhorst III (Stützpunkt is a part of a fortification). On the A58 or from the secondary road from Lewedorp in the direction of Arnemuiden / Middelburg the stronghold can be spotted on the left hand side.
The bunkers have been built in the slope of the dyke in order to become strong and to be camouflaged and to avoid being spotted by fighter aircraft. They have been constructed with brickwork and concrete blocks. Most of the bunkers of stronghold Scharnhorst may be found on the side of Zuid-Beveland of the Sloedam. Amongst other purposes they were used to house troops and Flak guns (anti aircraft).