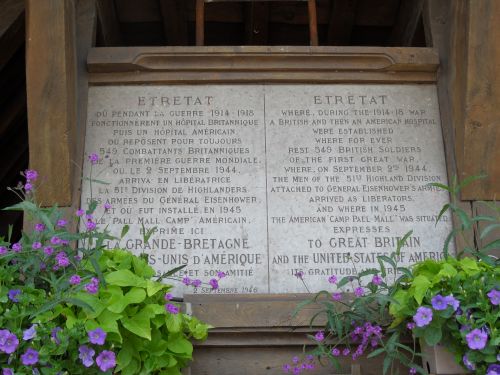 This Memorial Plaque is situated above the entrance to the ancient market place in the centre of Étretat. The text is as follows:

"Etretat where during the 1914 - 18 war a British and then American hospital were established where for ever rest 549 British soldiers of the First Great War. Where, on September 2 1944 the men of the 51st Highland Division attached to General Eisenhowers Armies arrived as liberators. And where in 1945 the American Camp Pall Mall was situated expresses to Great-Britain and the United States of American its Grattitude and friendship.