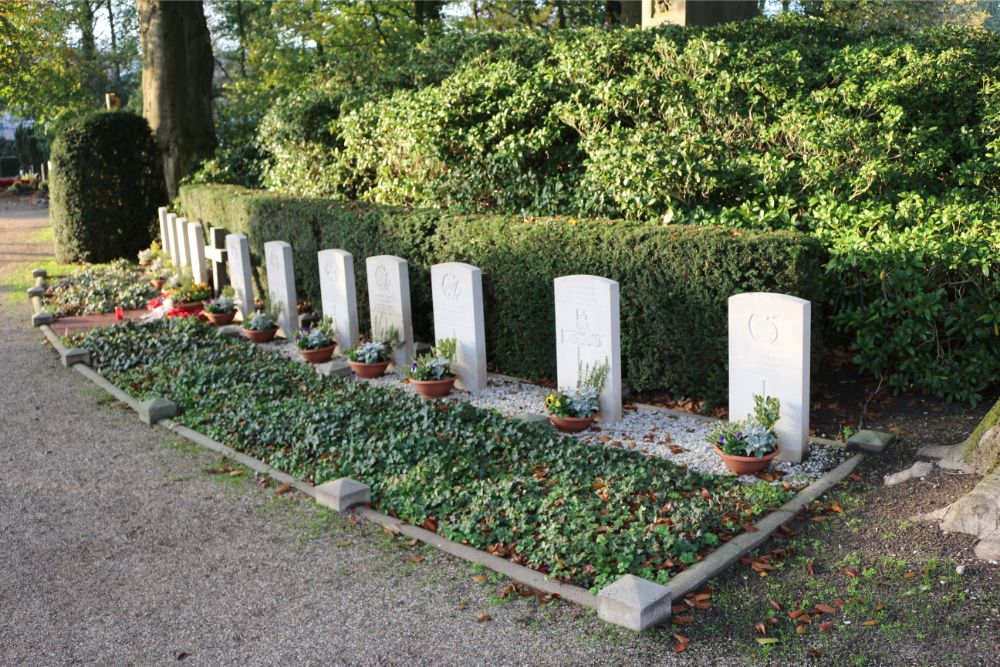 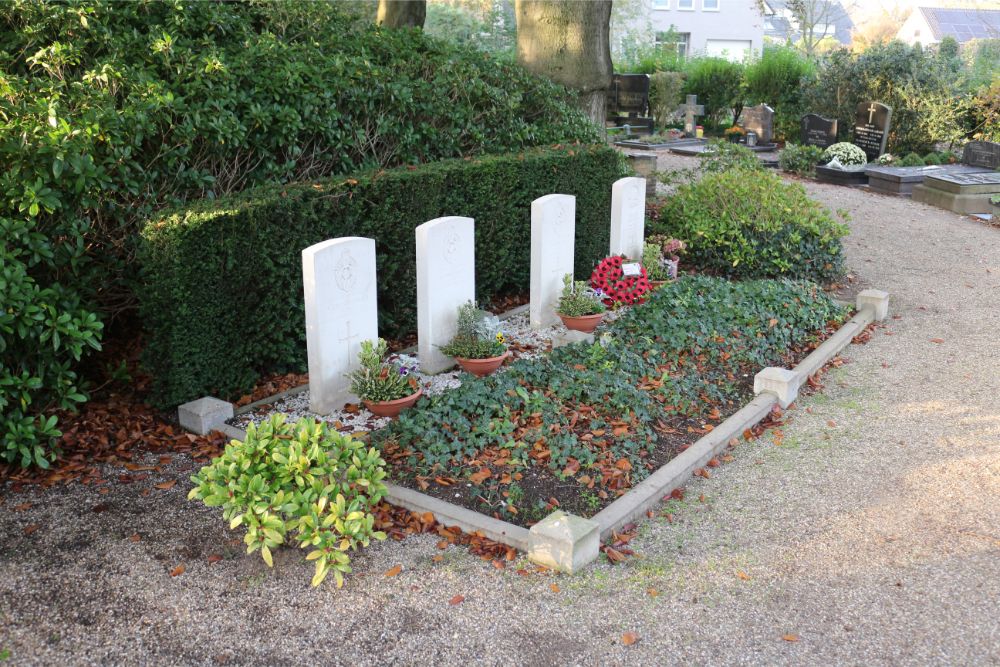 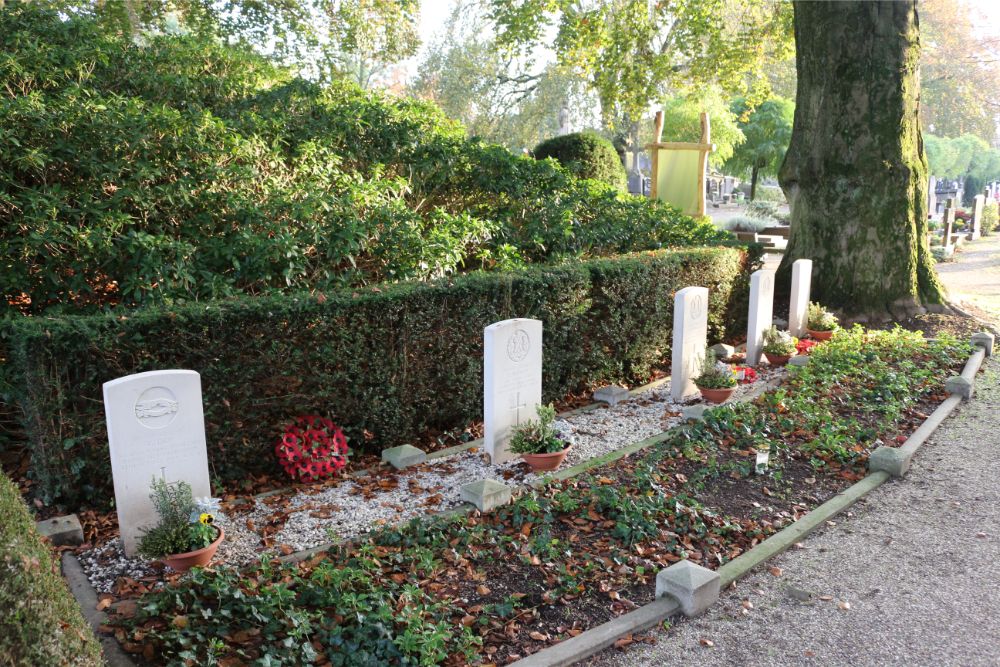 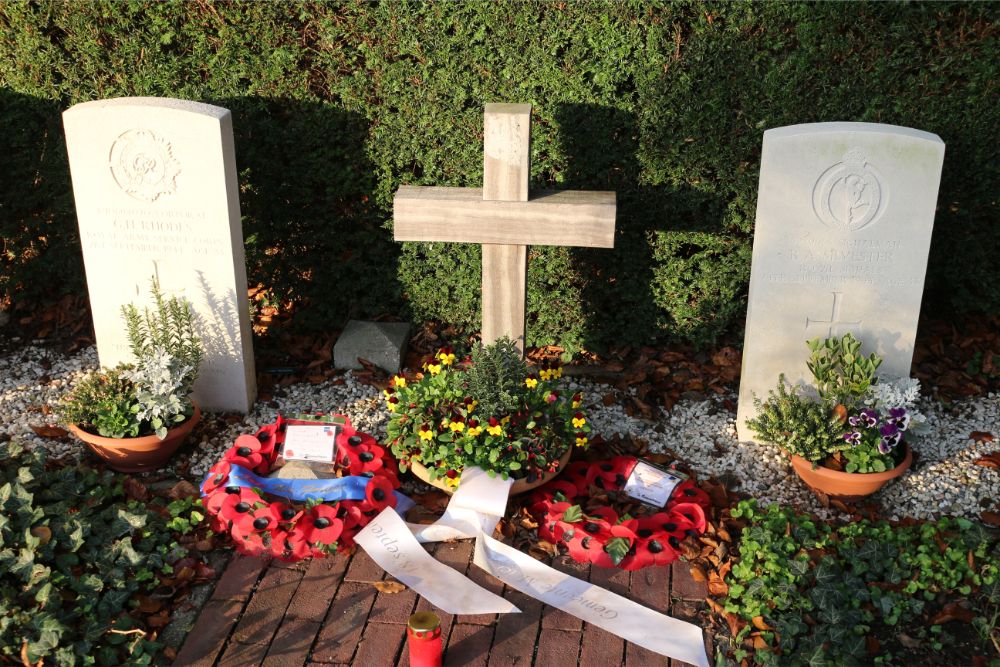 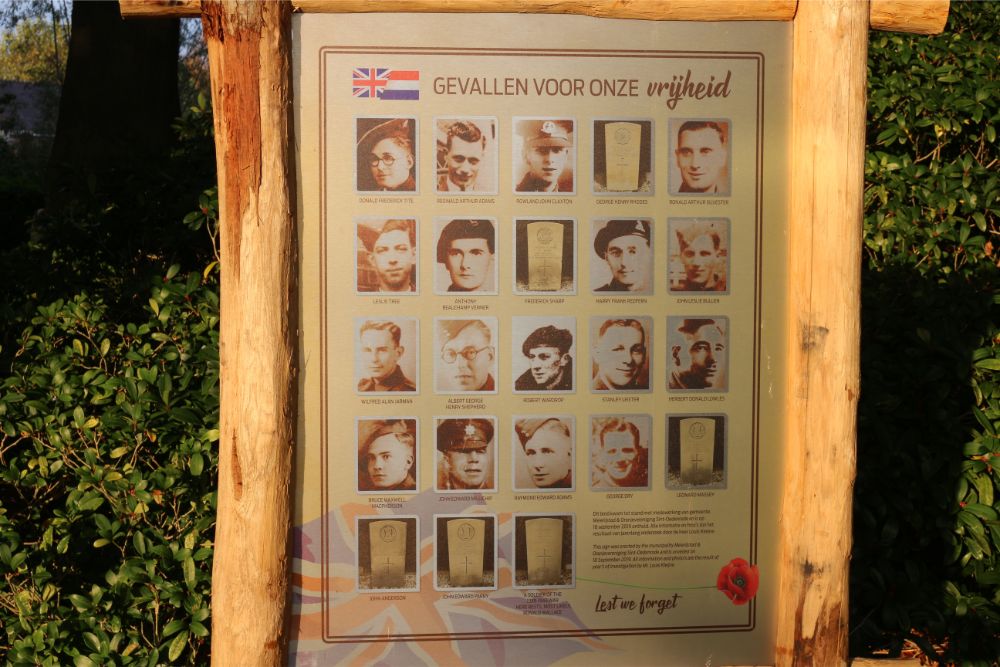 On the Roman Catholic Churchyard are Commonwealth War Graves of World War ll.

Sint Oedenrode was occupied by the Germans until the arrival of the 101st American Airborne Division on September 17th, 1944, followed two days later by units of the British Army.

Together British and Americans established a corridor through the commune for the passage of troops and in this fighting there were casualties among both soldiers and civilians.