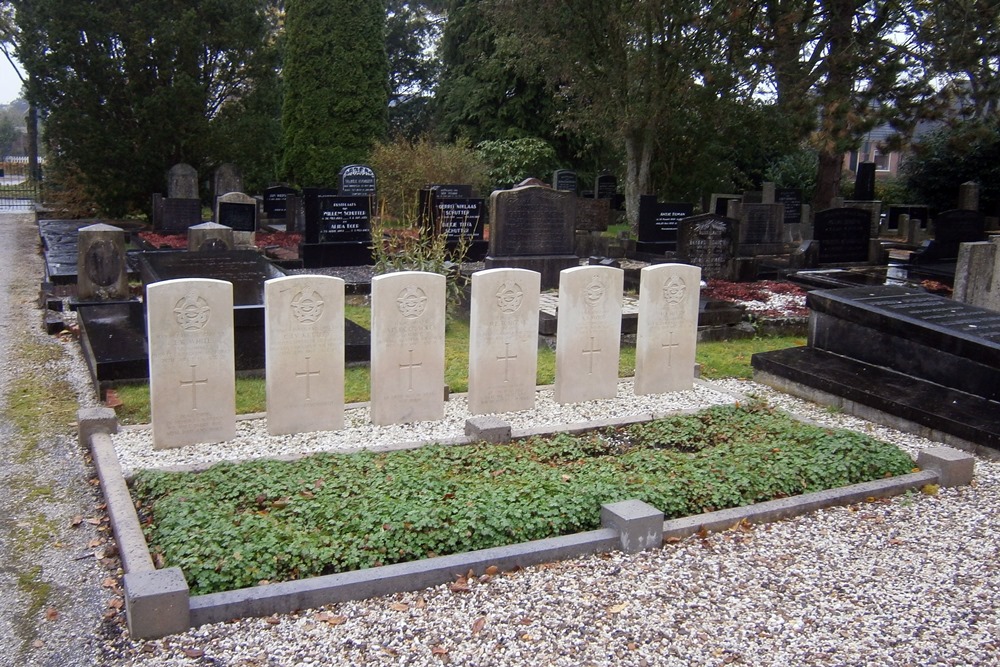 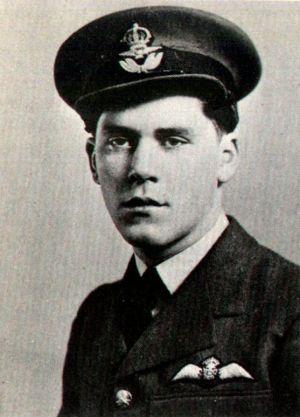 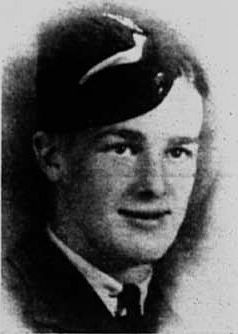 On Ten Boer Protestant Cemetery are the graves of six airmen. They were part of the crew of Handley Page Halifax HR864 from No. 405 Squadron (Royal Canadian Air Force). It was part of a attack wave of 705 bombers, who were aiming to attack the Krupp works in Essen in the night of 25-26 July 1943. The crew loading list was as follows:

The Halifax was shot down by a German night fighter and crashed 12 kilometer from Groningen. Six crewmembers were killed in the crash, but Flying Officer Sochowski survived.