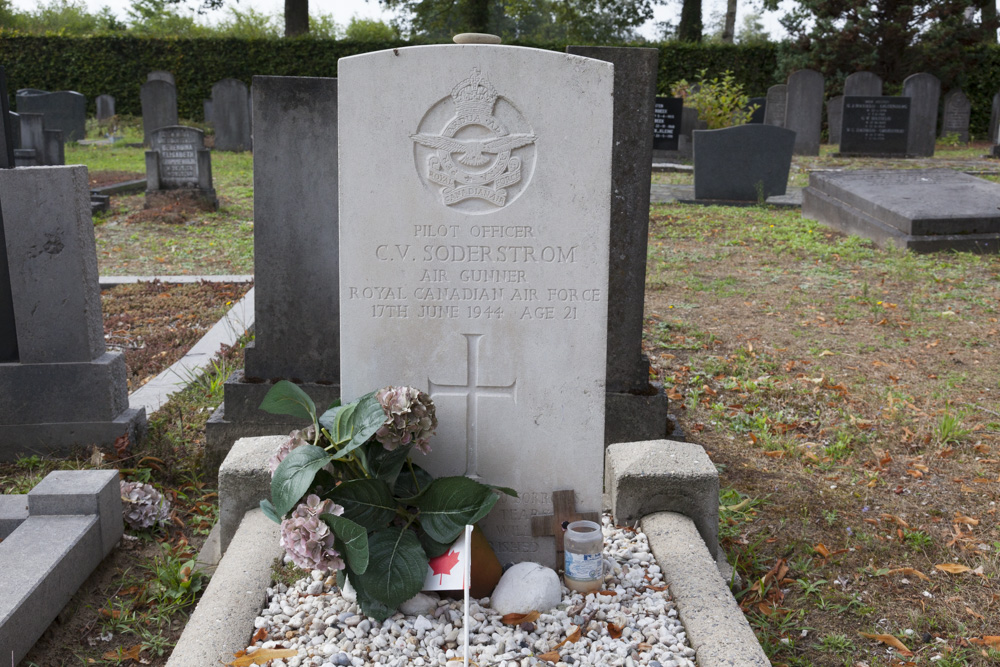 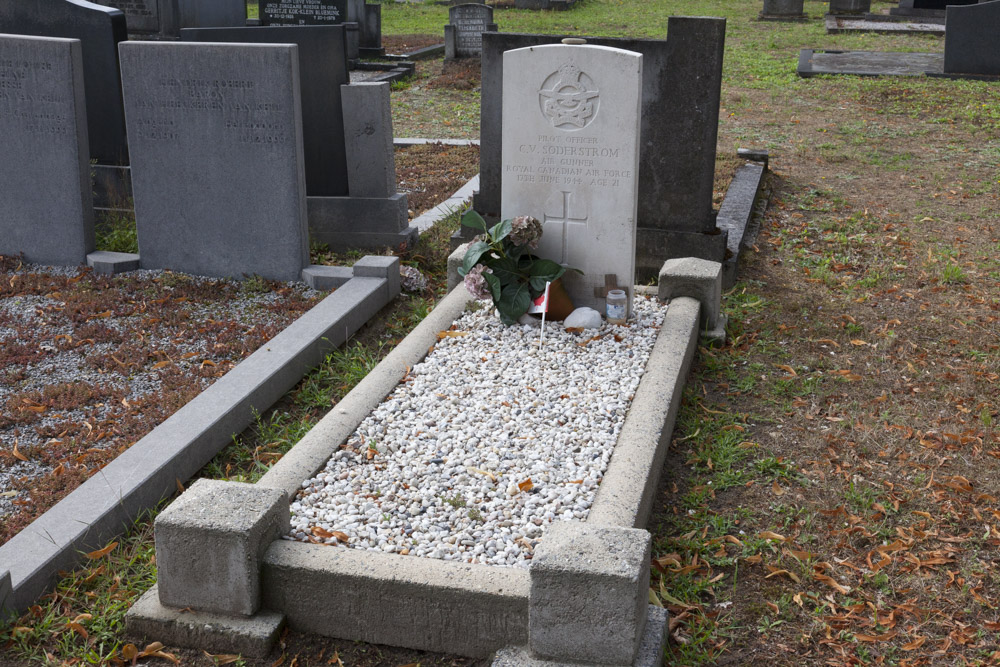 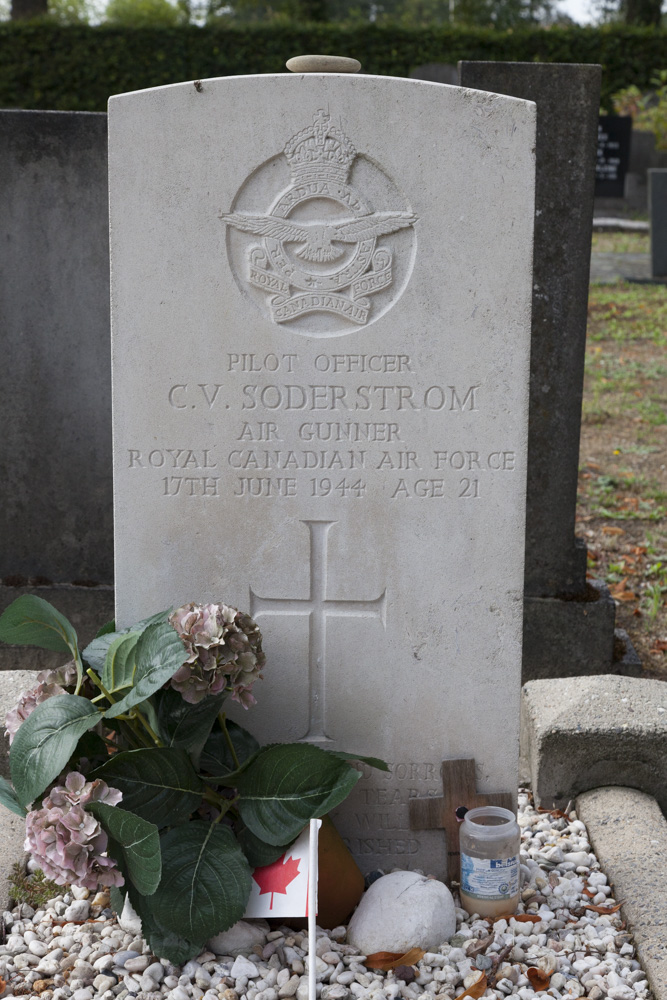 At the Municipal Cemetery in Ruurlo is one Commonwealth War Grave.
This is the grave of:

On 16 June 1944 at 22:42 departed from RAF Croft, the Halifax LK801 with the mission: a bombing raid on a synthetic oil plant in Sterkrade in the Ruhr. The aircraft was part of a formation of 321 bombers, including 147 Lancasters, 162 Halifaxes and 12 Mosquitos. LK801 was shot down by a German night fighter and crashed down in the area of Ruurlo. One crew member died in the crash, he is buried in this cemetery. One evaded and the others were taken prisoner of war. The raid was unsuccessful, only a few bombs exploded near the plant. The damage was minimal and production at the plant suffered very minimal. In total, 31 bombers were lost, a great loss, partly caused by a heavy attack by Luftwaffe fighters that were stationed in the area.