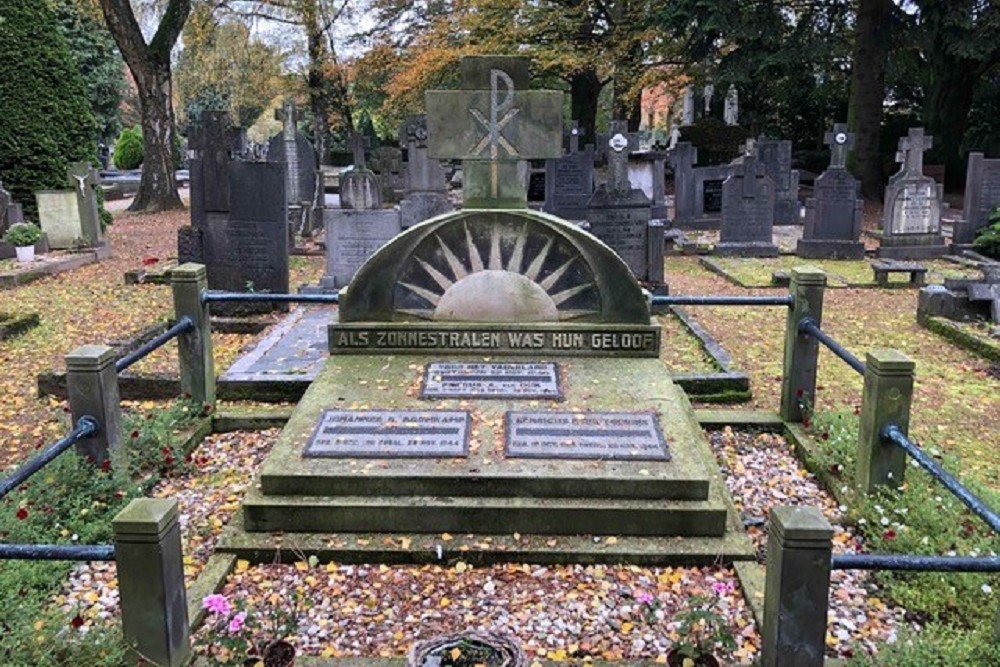 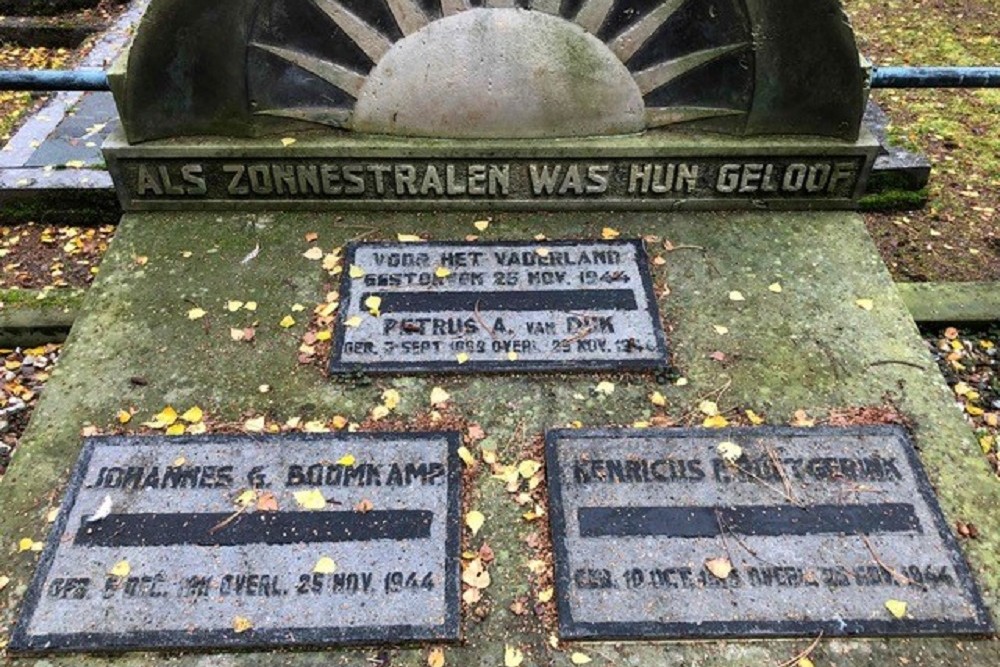 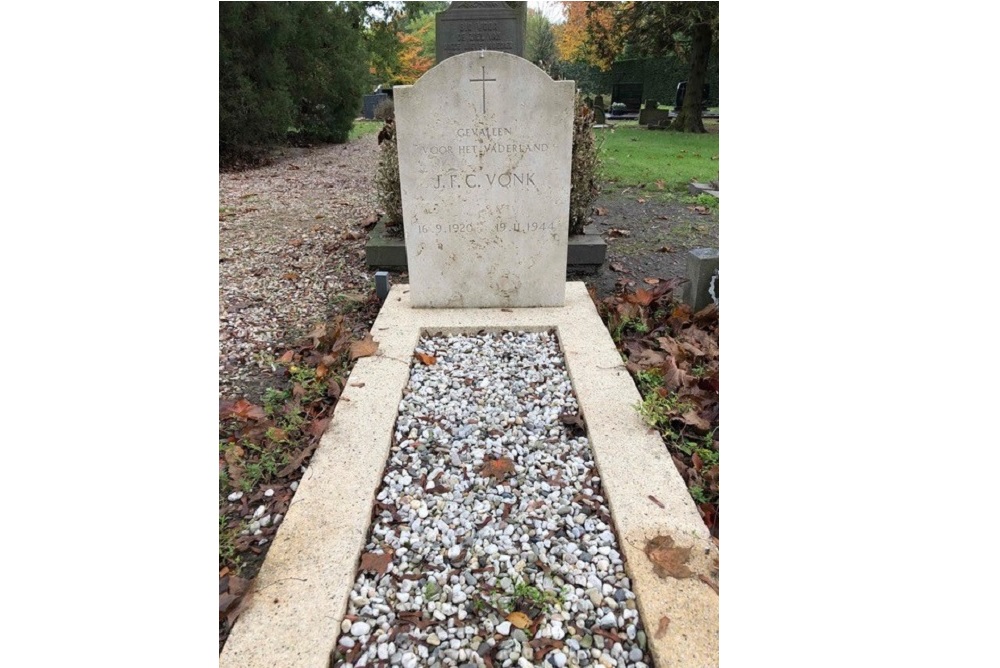 Resistance fighters
On the Municipal Cemetery in Borne are a number of graves of Second World War Resistance Fighters.

There is a memorial-grave for the three resistance fighters Jan Boomkamp, Piet van Dijk and Henry Roetgerink.
There is also the grave of Jan Vonk. These four heroes were shot by the Germans in retaliation because they were not able to capture an Allied paratrooper. For these men there is also a memorial on the Mekkelhorstweg.

On this cemetery is also the grave of the resistance fighter Cornelis Brasser. He was executed in Almelo at age 50 on 04-05-1943.

Civilian casualties
On the Municipal Cemetery in Borne are the graves of:
Hendrik Leerkotte, engineer, died at age 38 in Oud Leusden on 17-01-1943
Hendricus Albertus ter Braak, died in Munster, 14-03-1943.