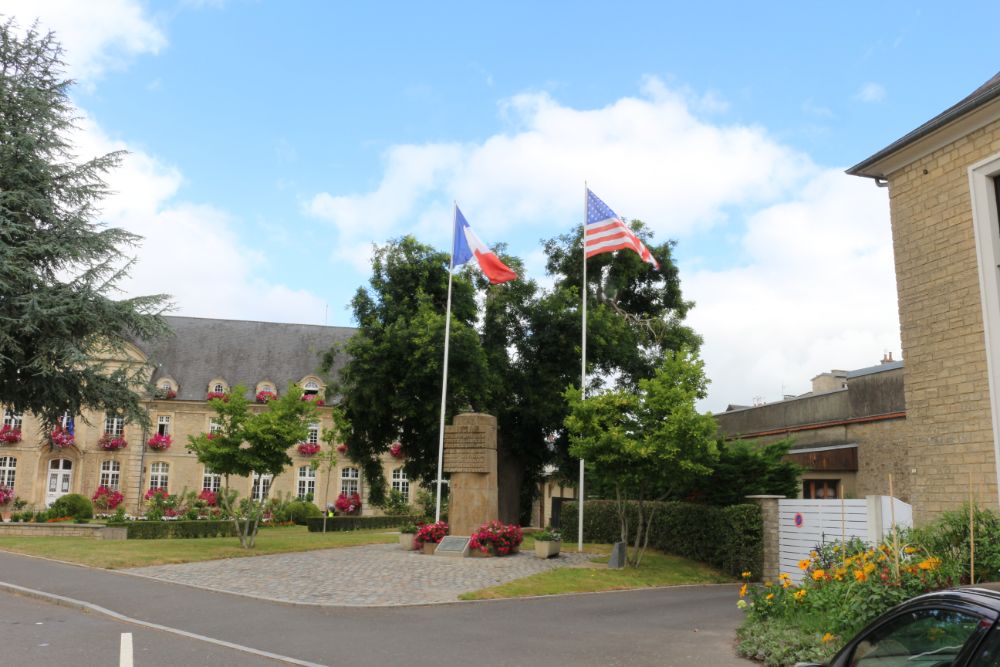 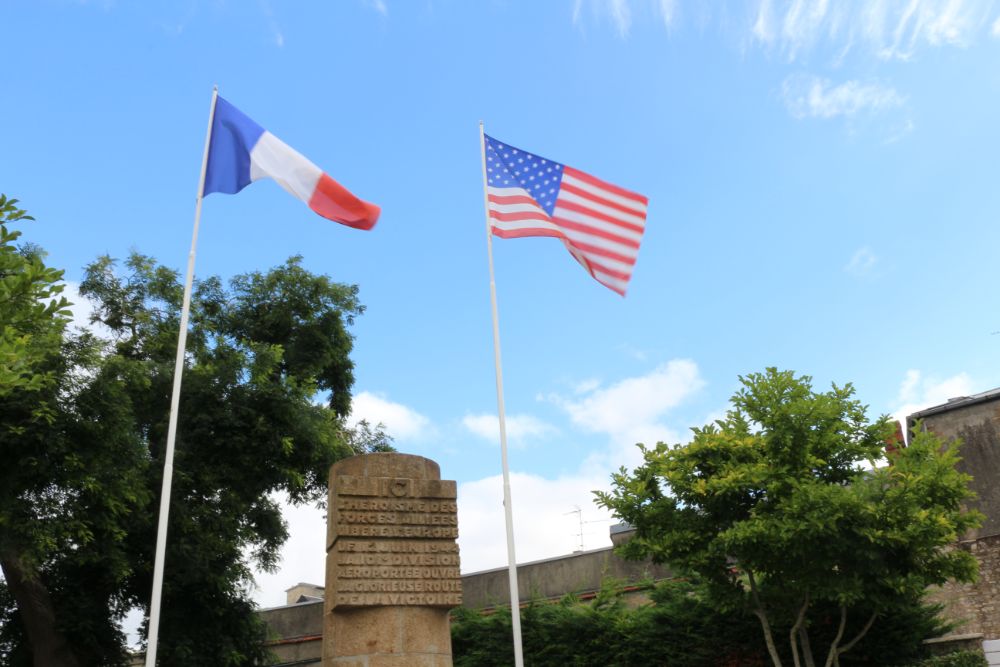 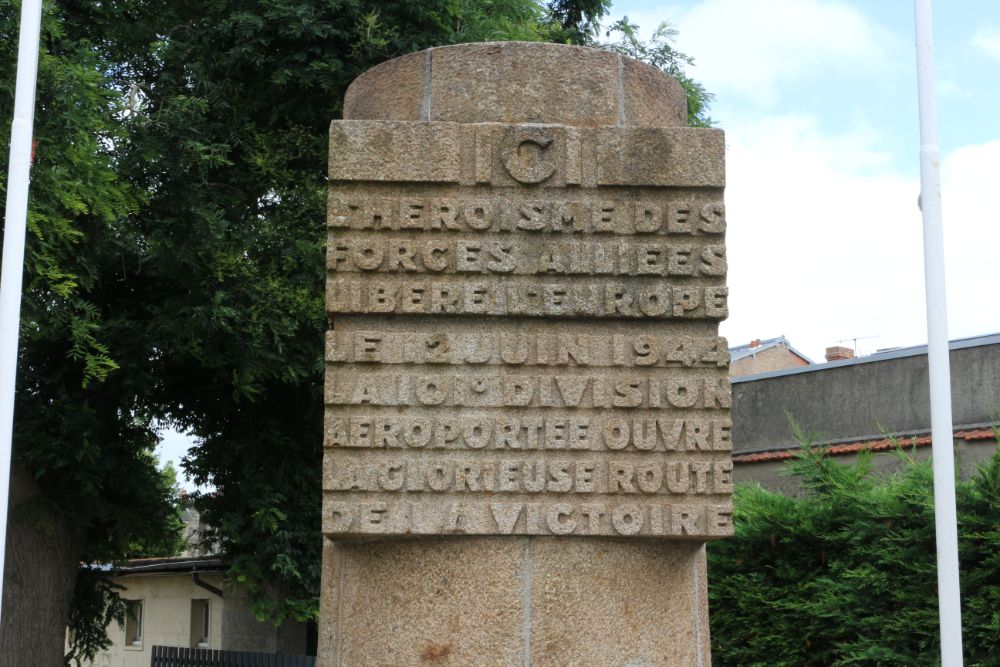 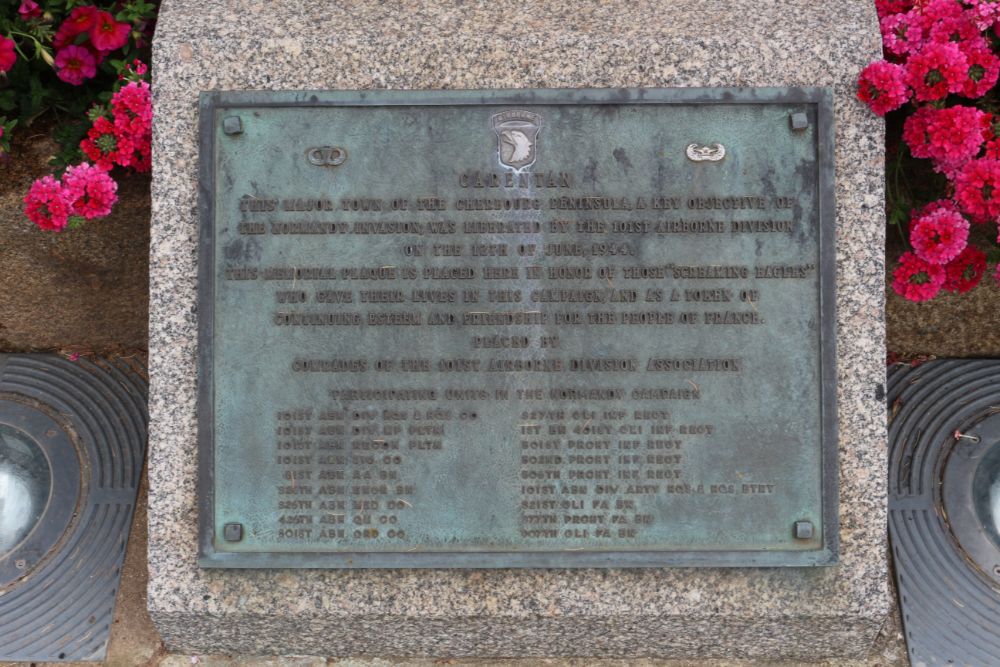 The memorial is located right next to the Hotel de Ville (City Hall) of Carentan, at the height of the railway station. The liberation memorial has been established for the 101st Airborne Division which conquered the city of Carentan on June 12, 1944.

The text on the memorial:
This major town of the Cherbourg peninsula, a key objective of the Normandy invasion, was liberated by the 101st Airborne Division on the 12th of June, 1944.
This memorial plaque is placed her in honor of those Screaming Eagles who gave their lives in this campaign and as a token of continuing esteem and friendship for the people of France.
Placed by comrades of the 101st Airborne Division Association.