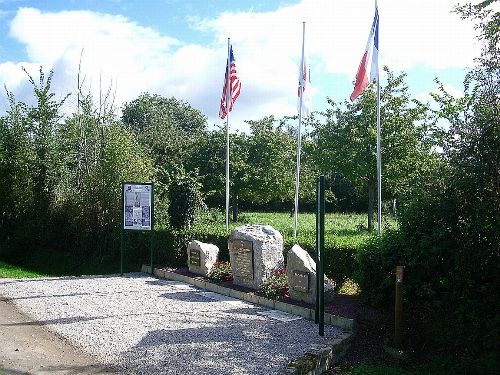 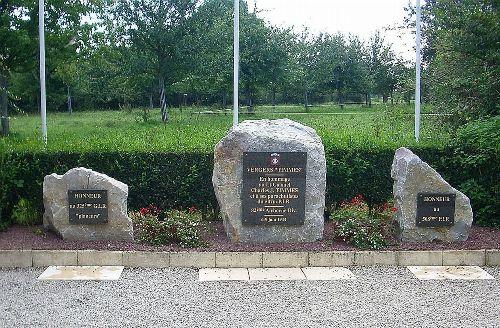 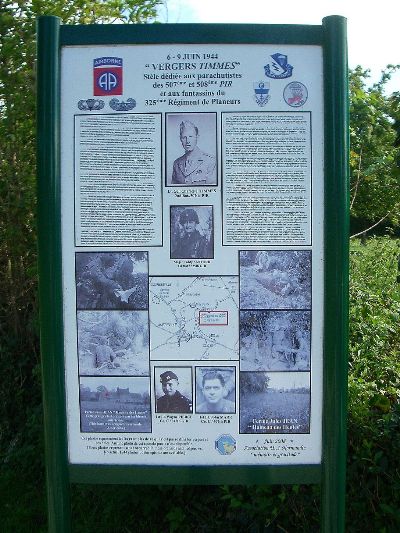 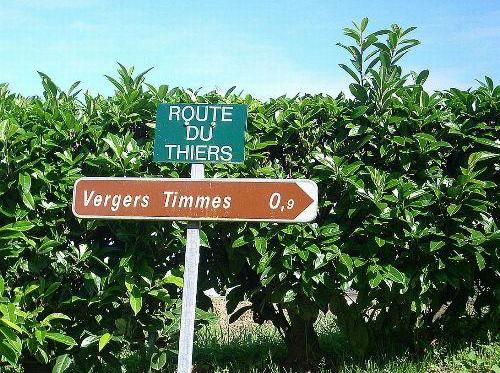 Memorial commemorating the fierce fighting of beleaguered elements of the 507th PIR, 508th PIR and 325th GIR of the 82nd Airborne Division landed west of the river Merderet. Site is especially dedicated to the commander of the 507ths 2nd Battalion, Lt. Col. Charles Timmes, who was dropped about 02.30 hours on D-Day and nearly drowned in the flooded meadow between some orchards nearby the town of Amfeville, but managed to hold his position amid of attacking Germans for four days. Two panels provide a historical account on what occurred these days.