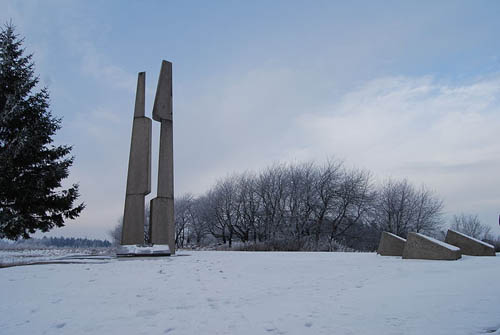 This memorial commemorates the last big battle in Europe during the Second World War. From 11 to 12 May 1945 (2-3 days after the German capitulation in Europe) fighting occured between a 7000 men strong army force under General Carl von Pückler-Burghauss and Soviet forces supported by Czechoslovakian resistance members. There were also several skirmishes with U.S. border forces. Carl von Pückler-Burghauss surrendered on 12 May 1945 and commited suicide shortly afterwards.