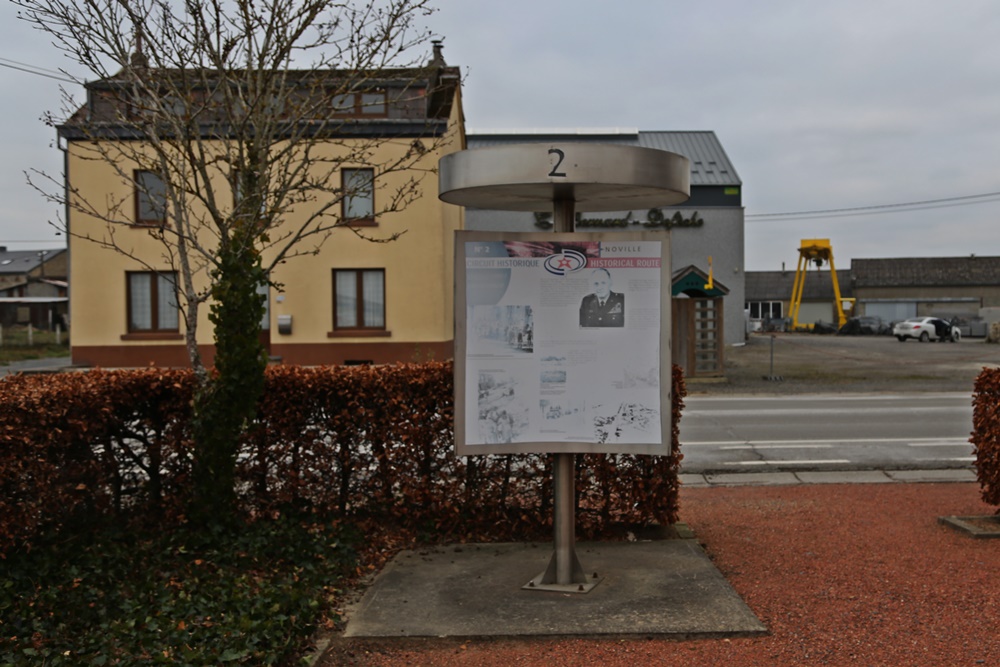 On September 10th 1944, the population of Noville welcomed the American troops with open arms.

As early as December 18th 1944, McAuliffe sends the Desobry's Division (Armoured 10th + 101st Airborne) into Noville. For two days they delayed the advance of the German 26th Volksgrenadier and 2d Panzer. Many soldiers were killed. In house n15, Lieutenant Colonel L. LaPrade was also killed and Major Desobry was seriously wounded. Desobry was captured, so was the 326th medical company of the 101st Airborne at the Barriere Hinck and taken as prisoner of war by a group of the 116th Panzer Division that had been doing reconnaissance in the area.

When the Americans were ordered to withdraw back towards Bastogne, they ran up against German fire attacks at Foy, but many survivors managed to reach the city.

The German occupation of Noville lasted nearly one month and involved the massacre, by Gestapo, of innocent civilians whose memory is honoured at "Enclos des Fusillés".

The village was liberated on January 15th thanks to the 101st Airborne and to the 11th Armoured Division, but unfortunately the village had undergone very much destruction.

The tank placed in front of the Bastogne Historical Centre was driven by Pvt Gaza Butcho and is one of the rare vehicles that has made a succesful return to Bastogne. After Bastogne this tank continued on in the war with Germany and finally found it's resting place on an American base, from where General Desobry saw the need to return it as a gift to Bastogne.

To reach information board 3
At the crossroads take a left at the traffic lights and follow the road upwards Recogne. Once in the town, after the chapel, take the road to your left and pull over at the pint of the German Cemetery.