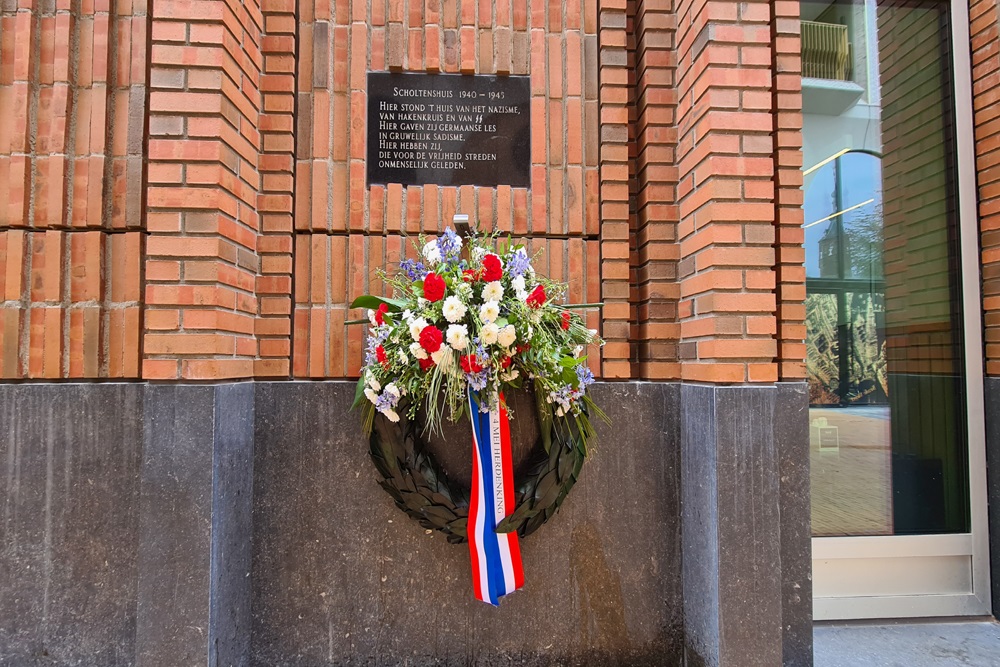 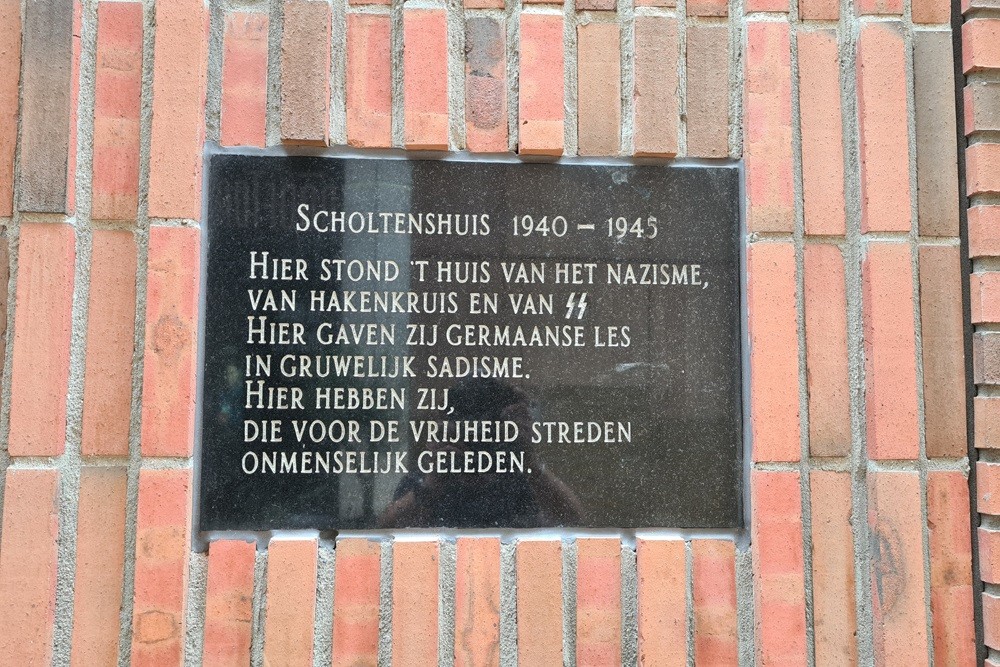 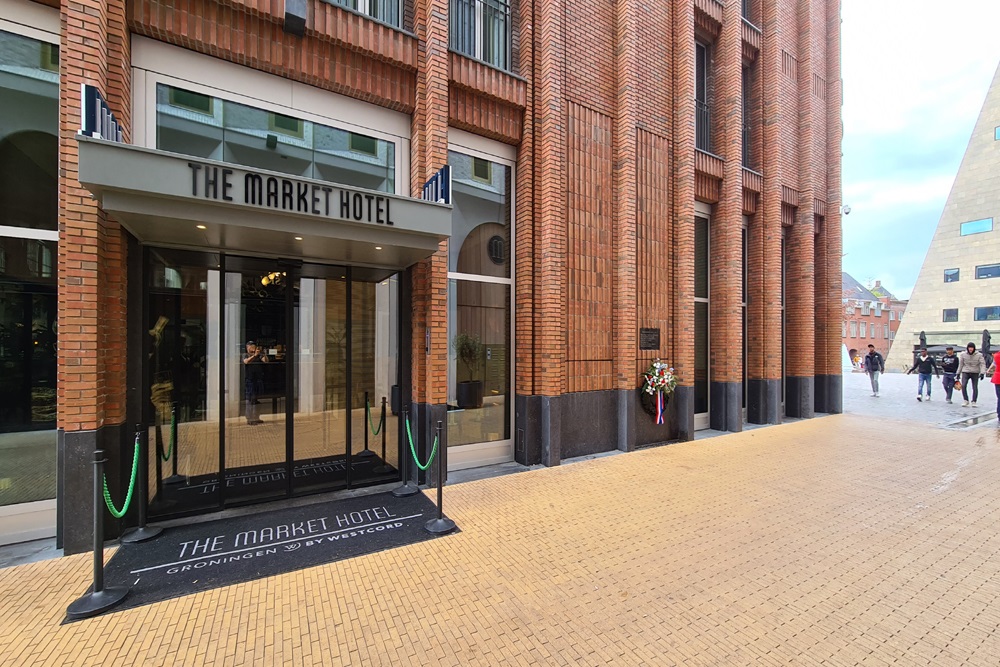 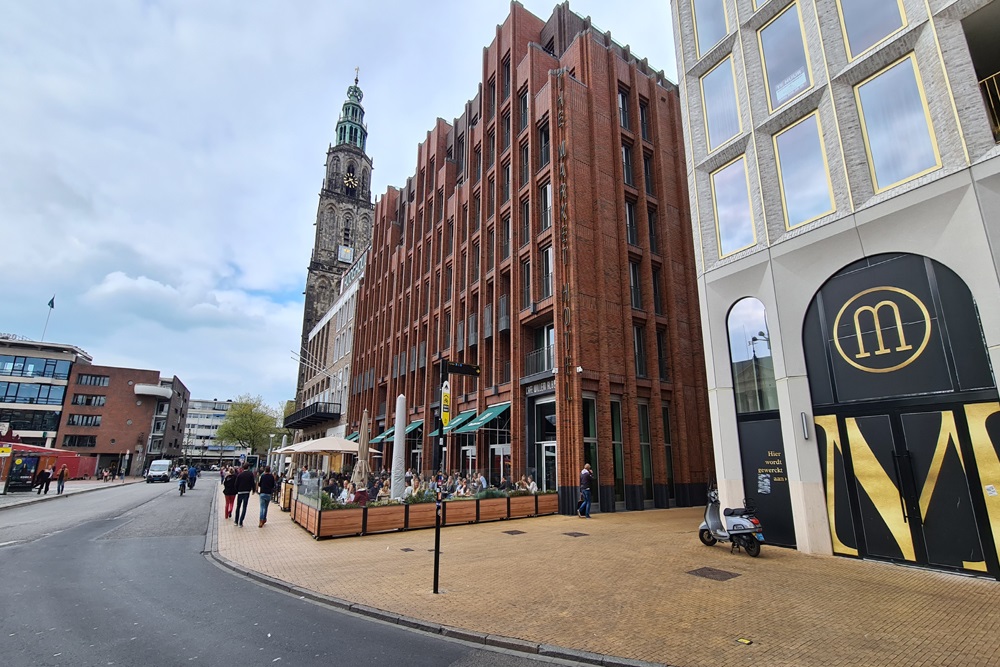 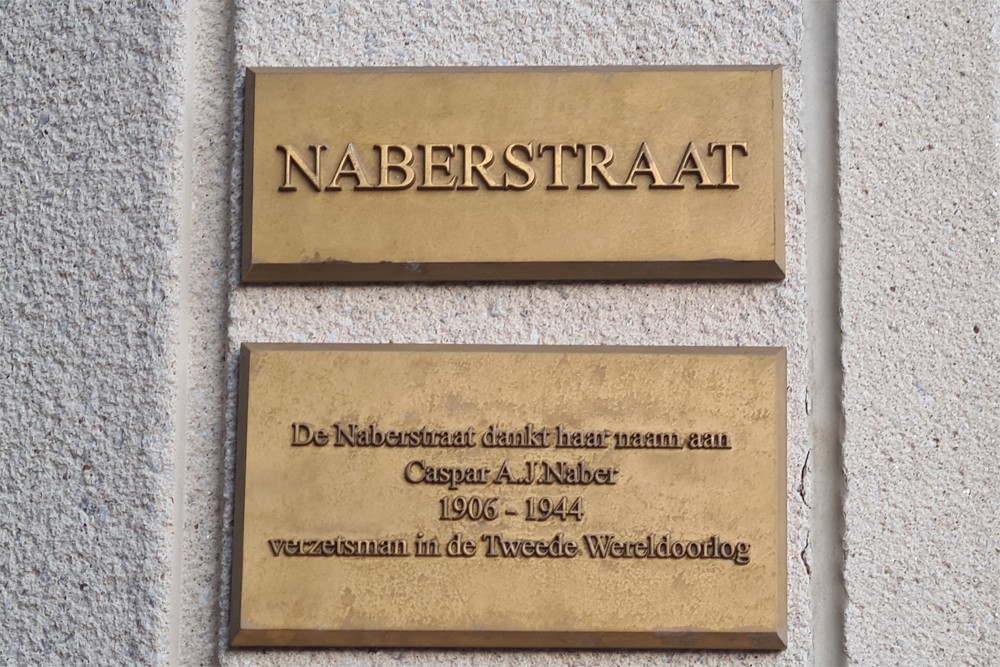 The plaque on a lectern in the hall contains the following text:

Scholtens House 1940 - 1945
Here was the house of Nazism,
From swastika and "SS"
Here they taught Germanic
In gruesome sadisma.
Here they
Who fought for freedom
Suffered inhumanely.

Caspar Naber was a dealer in hardware and maintained contact with an espionage group based in England via the illegal radio station Beatrix. He also helped Jews find a hiding place.
He was betrayed, arrested and imprisoned in the infamous Scholtenshuis. He did not want to betray his comrades and jumped out of one of the windows of the Scholtenhuis on 11 November 1944, because he wanted to escape further torture and did not want to pass on any information to the Germans.
He did not survive the jump at the time. Caspar was only 38 years old and his grave can be found at the RC cemetery on the Hereweg in Groningen.

The plaque in memory of the Scholtenhuis on the Grote Markt in the city of Groningen has been placed back on the east side of the Grote Markt, where Scholtenshuis used to stand.
The plaque used to have a place in the naberpassage, but it has been demolished to make way for new buildings.
The passage between the new building is called the Naberstraat, named after the resistance hero Casper Naber.