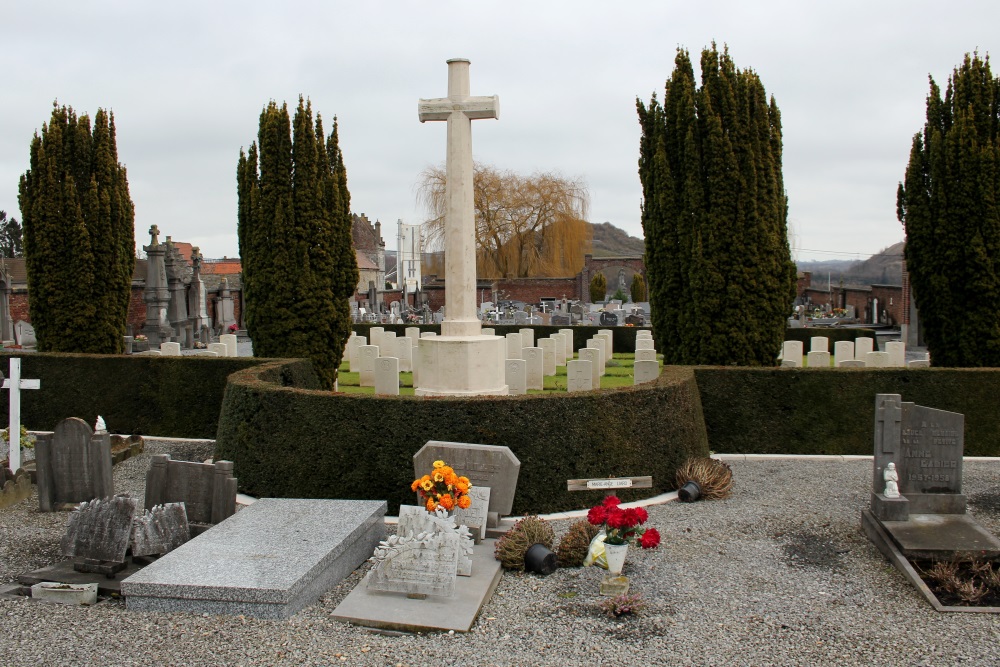 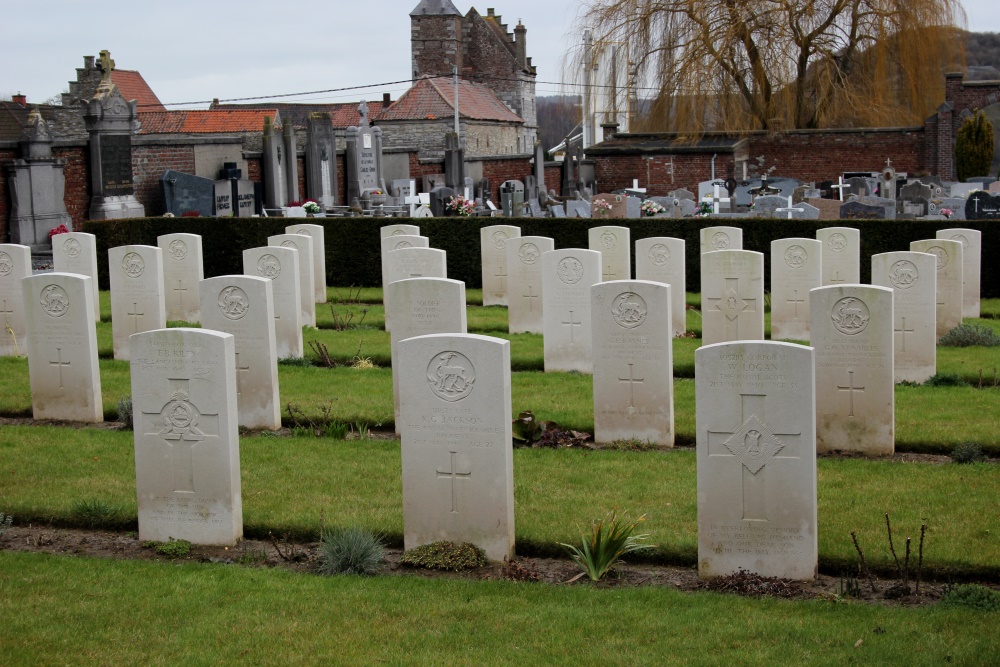 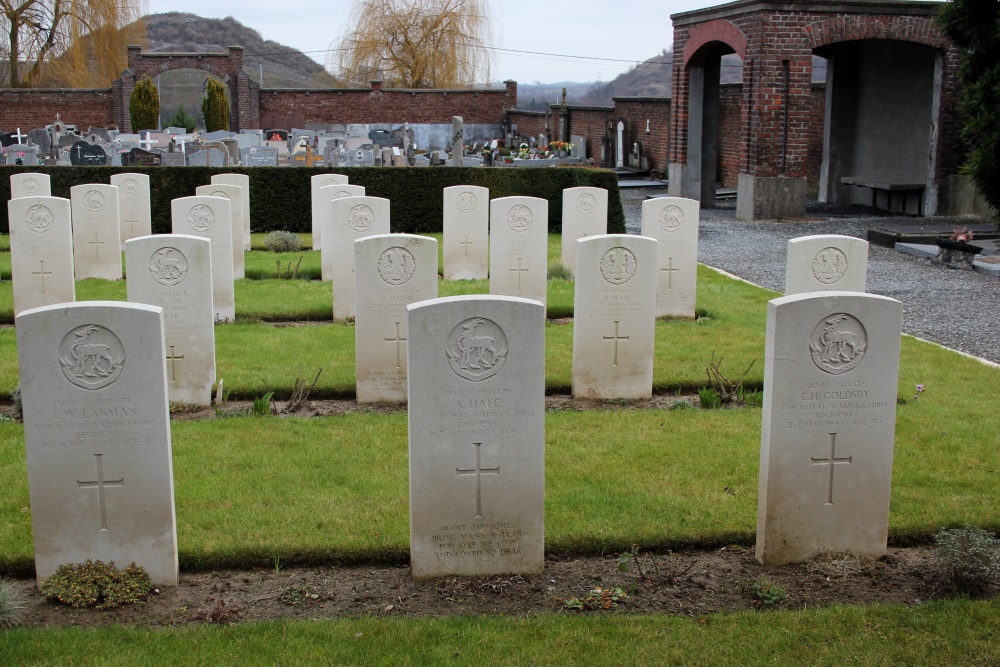 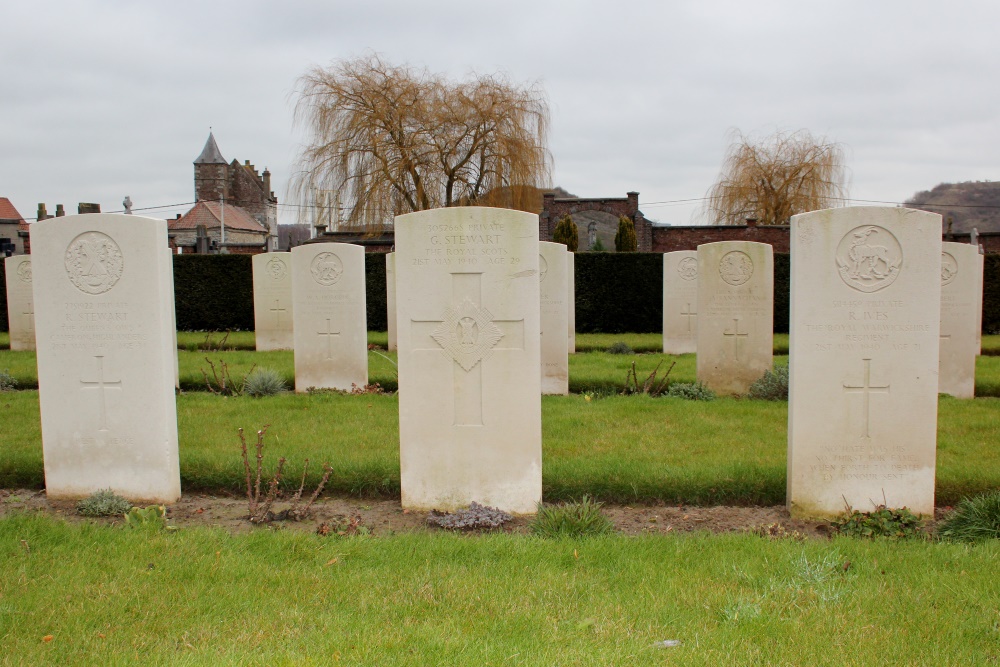 The British Expeditionary Force was involved in the later stages of the defence of Belgium following the German invasion in May 1940 and suffered many casualties in covering the withdrawal to Dunkirk.

All of those buried in Calonne Communal Cemetery were killed in the fighting from 19 to 24 May 1940, when attempting to hold the Germans on the line of the Scheldt. The cemetery contains 71 Commonwealth burials of the Second World War, four of them unidentified. 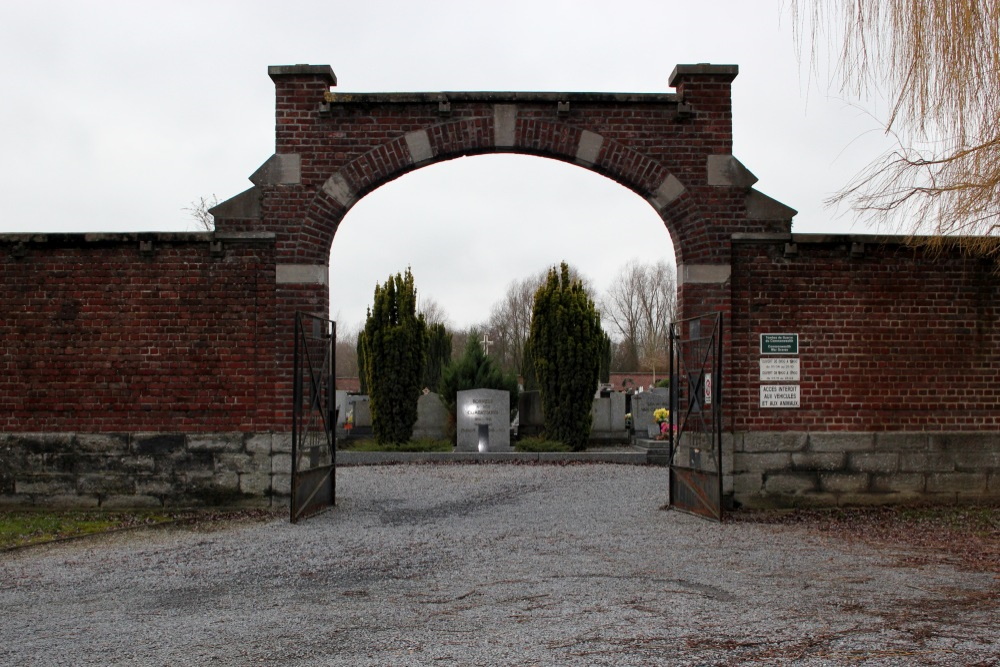