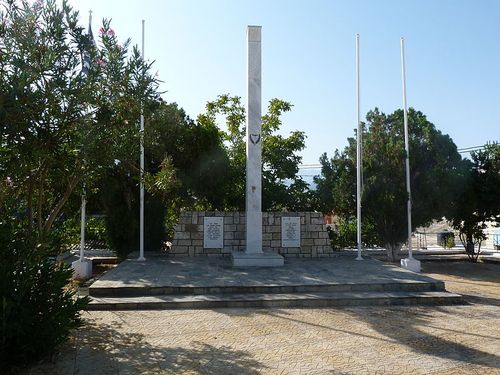 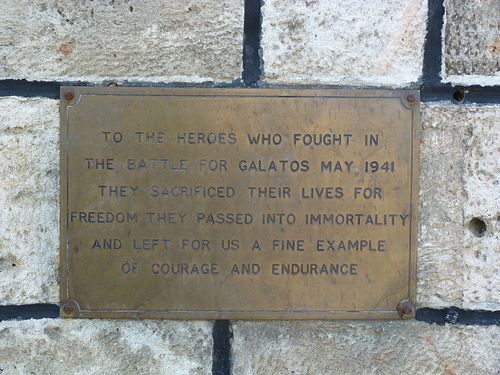 This monument has been erected in memory of the fallen soldiers from the Battle of Galatas. This battle is also called 'the Battle of Pink Hill'.

The Battle of Pink Hill was a battle between German troops and Nieuw-Sealanders supported by Greek troops (also civilians). This battle had been fought between 20th May 1941 and 26th May 1941.