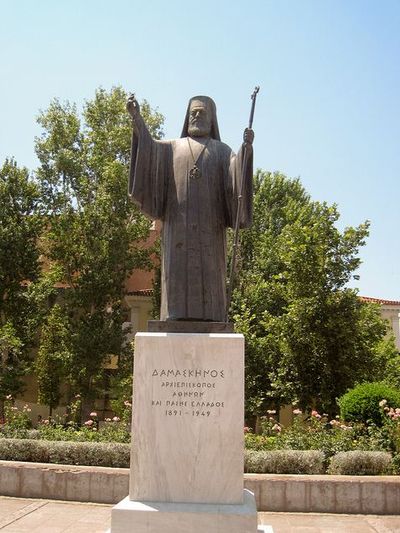 In Athens stands the statue of archbishop Damaskinos. Damaskinos was since 1941 archbishop of Athens. When the Germans started with the Holocaust in Greece (1943), Damaskinos protested against it. He survived the war and became regent between 1944 and 1946. He died in 1949.