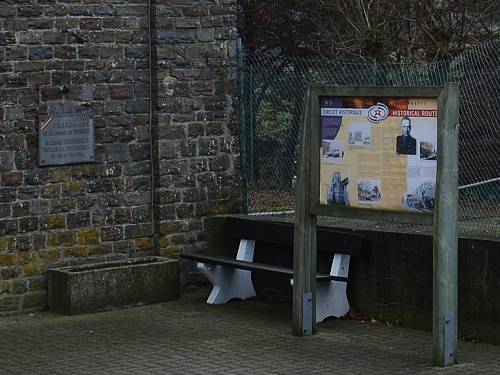 On December 18th, between Mageret and Longvilly, Lieutenant Colonel Cherrys Division tried to hold off the advancing troops under Bayerleins command. The were held for a while in the mud of St-Lambert wood north of Mageret.

On the morning of December 19th, a violent confrontation broke out to hold back German armoured tanks and infantrymen closing in on an American engineer platoon out on reconnaissance. Castle-Farm of Neffe caught fire and the platoon was forced to retreat back towards Mont and Bastogne.

On the road to Bastogne, a battalion of the 501st regiment of the 101st Airborne under Lieutenant Colonel Ewell blocked the advance of a Panzer Lehr Division.

The terrible weather conditions (ice, snow and fog) only served to worsen the plight of the civils and complicate the operations of the opposing armies.

The village of Neffe remained in German hands until January 1st 1945, before being liberated by a group of the 6th Armoured Division U.S.

It is especially from Neffe that heavy guns pounded the town of Bastogne.

The railway line between Benonchamps and Bastogne was used for transporting troops and ammunition before the Offensive, but the Resistance made its presence known through sabotages.