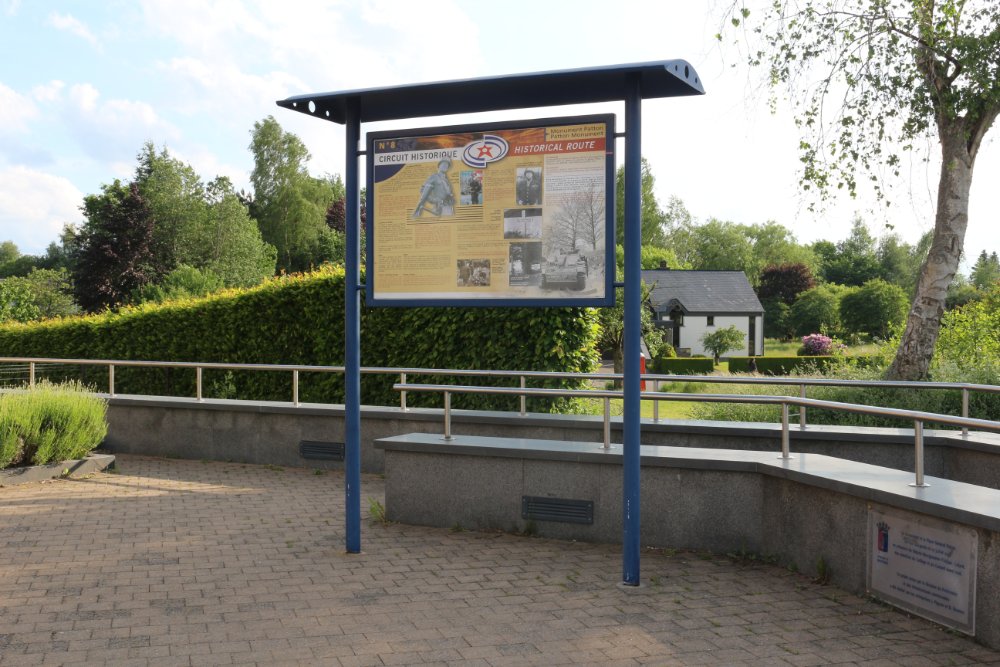 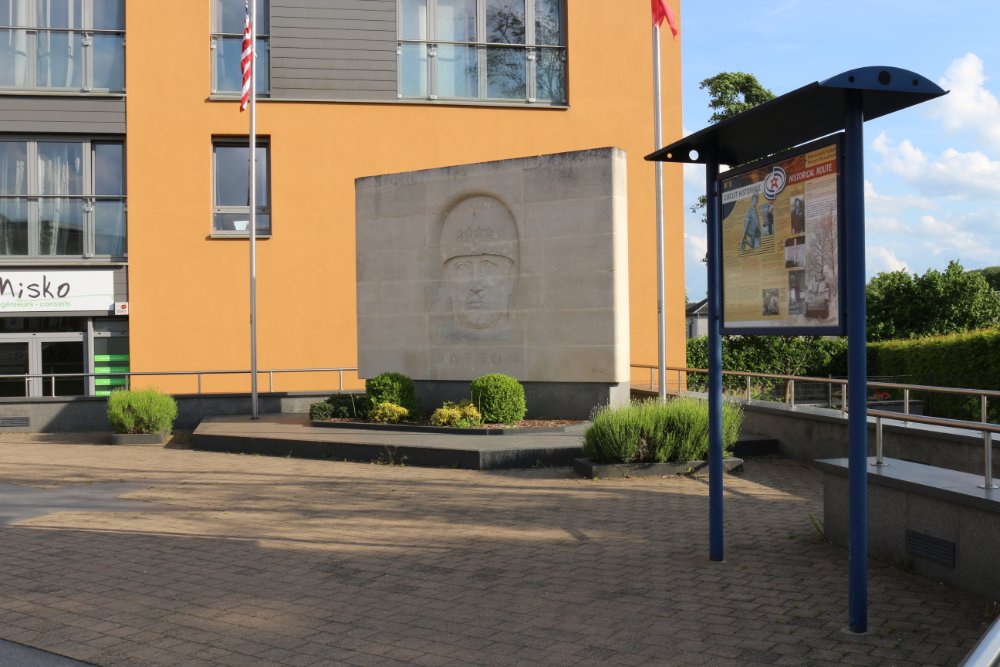 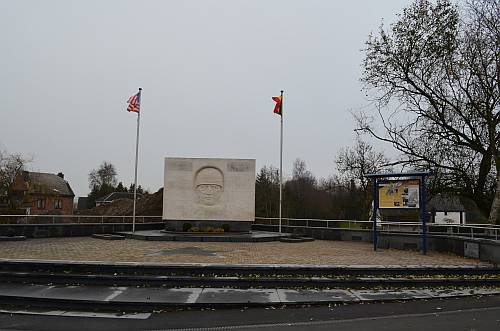 General Patton
From December 16th 1944, Patton ordered the 3rd Army U.S. (300.00 men) whos front stretched from the Franco-Luxembourg border to Saint-Avold. From his H.Q. established in Nancy, Patton prepared to launch a massive offensive on December 21st. He was notified about German offensive in the Ardennes and on December 17th, his chief, General Omar Bradley, ordered him to send in reinforcements. The counter-attack started on a front stretching from Habay-la-Neuve to Mersch.

The Patton Prayer
It all happened in the chapel of the hospice in Luxembourg, where Pattons Headquarters were located. On the evening of December 23rd he had just received a report counting the human losses of his troops and so he turned towards the crucifix in the chapel and spoke with God. The chief of the press service and some officers who were also present took notes of this touching conversation. Addressing his good wishes on a Christmas card to his troops and officers Patton also wrote a prayer on the back of the card.

Pattons Christmas Wishes
I have every confidence in your courage, your devotion and your skills in the battle. We walk with all our power towards a complete victory. May God bless each and everyone of you on this Christmas day.

Pattons Prayer
All mighty and generous Father, we humbly beseech you to stave of these heavy rains which oppose us. Give us good weather for the battle. Have the goodness to hear us, we the soldiers that call upon You. We are armed by Your power, we advance victoriously to victory, to crush the evil doers who oppose us and bring Your justice to all men and nations. Amen.

December 26th, Pattons troops took control of the junction together with the 101st Airborne, surrounded in Bastogne. It was only by January 28th 1945 that Pattons troops reoccupied the front line of December 16th 1945.

On December 21st 1945, General Patton died as a result of a traffic accident in the area of Heidelberg, the day before his return to the United States.

According to his wishes, he was buried next to his soldiers and he now rests at the American military cemetery of Hamm, close to Luxembourg.

The monument
The monument in honour of General Patton was inaugurated September 8th 1963 in the presence of his grandson Lieutenant John Waters. The sculptor Rau made it.

To reach information board 9
Cross the car park on the square Merceny and take the road towards the industrial zone. After the bridge going over the Bastogne by pass take a right towards Assenois. After passing the buildings in the industrial zone, you will find fort Bogges on your left-hand side.