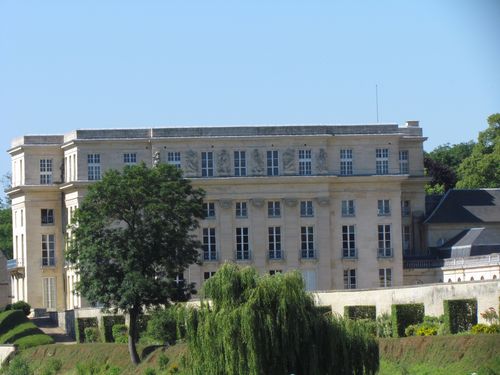 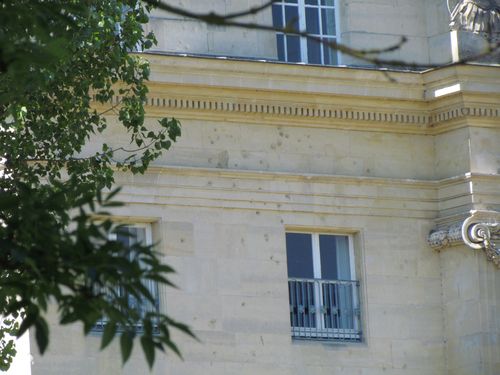 There are still bullet holes in the facade from the gun.